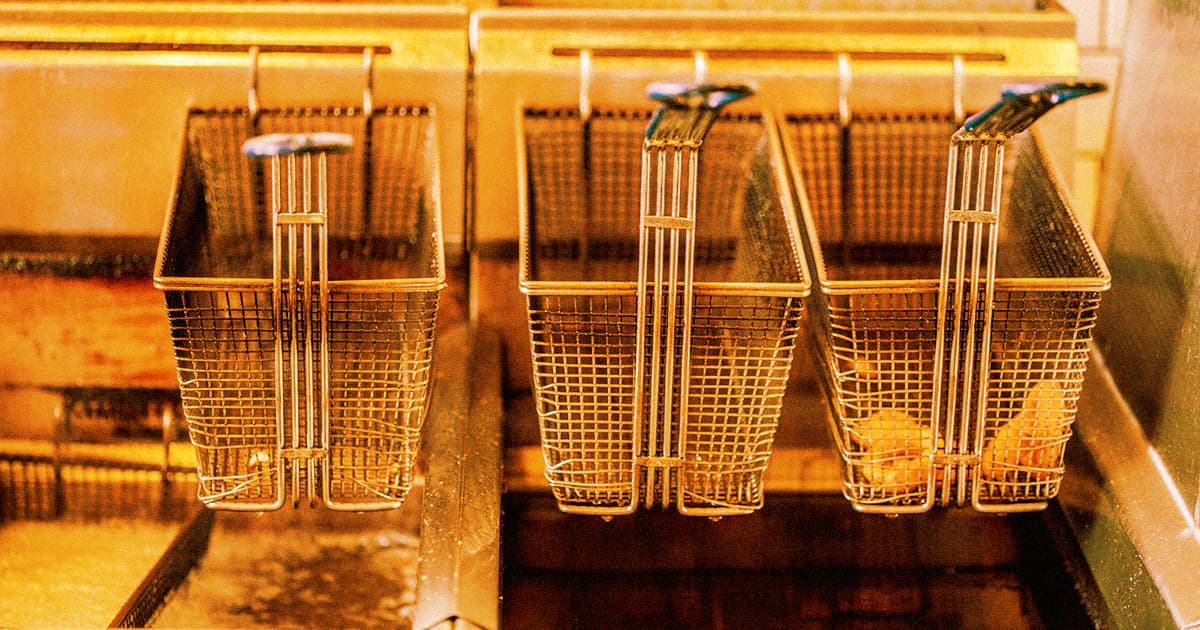 "It’s no secret that today’s hiring market is a challenge."

"It’s no secret that today’s hiring market is a challenge."

Fast-food chain Raising Cane's Chicken Fingers is facing a rather bizarre situation: the ongoing labor shortage is so severe, Bloomberg reports, that it's resorted to sending its corporate staff to work in its restaurants.

Half of the chain's office employees will be frying chicken fingers, working cash registers, and, of course, helping with recruiting.

However, it's unclear if Raising Cane's is also planning to raise its wages as well — something more and more US employers are resorting to as they face the reality that minimum wage just isn't enough to survive in America.

The company, based out of Louisiana, has 530 locations. It's facing a massive uphill battle, with plans to hire 10,000 new restaurant workers within the next 50 days, according to Bloomberg.

"It’s no secret that today’s hiring market is a challenge," CEO AJ Kumaran said in a statement. "Ahead of our massive growth next year, having the support we need is critical."

The labor shortage is putting a tight squeeze on businesses across the country. Employers are having a hard time encouraging people to work, especially for those offering minimum wage jobs. The federal minimum wage, a measly $7.25, hasn't budged since July 2009.

Businesses are now trying to trying a new tack: offering its workers fairer wages. In August, the average pay for supermarket and restaurant workers topped $15 an hour — for the first time in the US labor market's history.

Target even recently announced a $2 pay bump to incentivize more workers to join its ranks.

Raising Cane's, however, has not made mention of how much it's paying — or willing to pay — its restaurant workers in this week's announcement. Maybe that'd be a good first step before sending its accountants down to the frying stations.