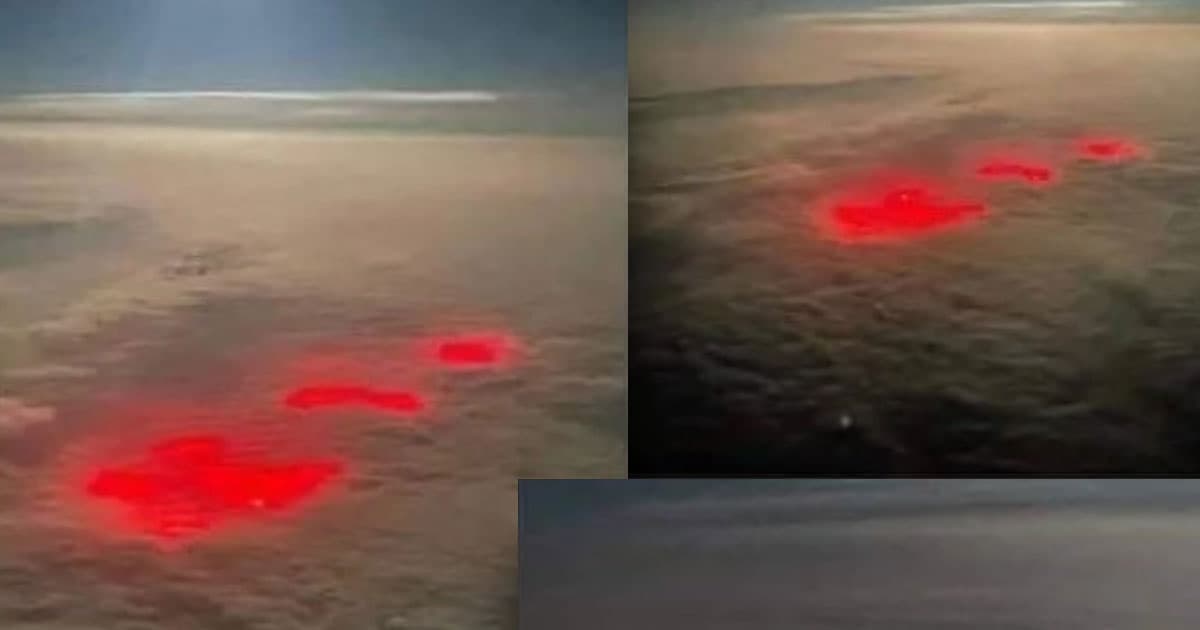 It's not what you think.

It's not what you think.

It wasn't a "Stranger Things" portal opening to another dimension, like many social media users speculated online this week. In reality, it sounds like the mysterious red glow that pilot Dustin Maggard captured in photos and video of the Pacific Ocean was perfectly human in origin.

Yesterday, CNN reported that the cluster of red lights peeping through the clouds in Maggard's photos were most likely just fishing boats. The outlet asked Dr. Neil Jacobs, a prominent weather modeling expert, about the creepy oceanic lights after netizens went wild trying to postulate the cause. Jacobs said the red lights are most often used on boats fishing for Pacific saury because the light attracts them.

"They were commercial fishing vessels," Jacobs told CNN's Jeanne Moos in the short clip. "I am [very certain]."

This radiance is the result of large arrays of red LED panels equipped by boats for Saury fishing. pic.twitter.com/NbwIXOZiH5

All in all, it's a very compelling explanation. Jacobs logged into a public database of fishing ships and used his know-how to locate the ships in question, which Moos said could even be seen from the International Space Station. Since then, Twitter users like journalist Ravi Prakash Kumar have posted photos of the ships during the day that really illustrate just how powerful the red lamps are.

Unfortunately, as with many things human in origin, the downside is not so pretty.

In 2019, English-language multilingual news site Nippon reported that Japan's saury haul was the lowest on record. The pub issued a warning about overfishing in the country's Pacific waters the same year. In 2021, Japan's fisheries managed to break its record low yet again. Along with its own country's fishery woes, Japanese fishing authorities were concerned in 2021 that China and Taiwan wouldn't play nice with new saury regulations.

Of course, Japan isn't the only fishing country in the world. But it seems to be paying the most attention to how badly saury populations are doing.