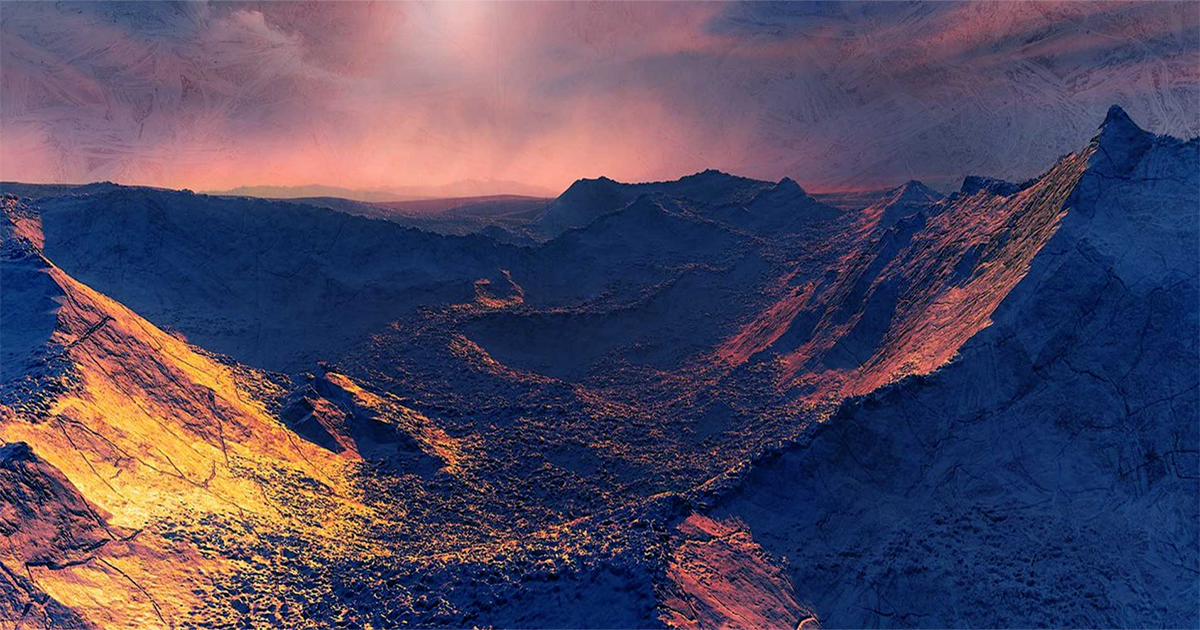 One of the Closest Exoplanets to Earth Could Support Alien Life

Life could be hiding in our galactic backyard.

Life could be hiding in our galactic backyard.

The exoplanet Barnard's Star b might be frigid, but that doesn't mean it couldn't support life.

At least, that's the claim of a team of astrophysicists from Villanova University. They say that while the surface temperature of Barnard's Star b — the second-closest known exoplanet to Earth — is likely  around -170 degrees Celsius (-274 degrees Fahrenheit), it could still host primitive life — as long at it has the right kind of core.

The scientists presented their research during a press conference on Thursday at a meeting of the American Astronomy Society (AAS). They claim that a large, hot iron core could allow the planet to host life despite its frigid surface temperature.

"Geothermal heating could support 'life zones' under its surface, akin to subsurface lakes found in Antarctica," researcher Edward Guinan said in a press release. "We note that the surface temperature on Jupiter’s icy moon Europa is similar to Barnard b but, because of tidal heating, Europa probably has liquid oceans under its icy surface."

The researchers are hopeful that future telescopes, such as the James Webb Space Telescope, will provided astrophysicists with a better look at Barnard's Star b.

"Such observations will shed light on the nature of the planet’s atmosphere, surface, and potential habitability," Guinan said.

Right now, the launch of the Webb is scheduled for 2021, so we might not have to wait too long to find out whether the exoplanet in our galactic backyard is home to life.

READ MORE: Conditions for Life Might Exist on the New Planet Discovered Around Barnard’s Star [Discover]

Outing Life
Swiss Government Scientist Says We May Be on the Brink of Discovering Alien Life
Sep 13
Read More
Ancient Remains
Why NASA Scientists Are So Excited by New Hints of Organic Compounds on Mars
5. 26. 21
Read More
It's Baby
NASA's TESS Mission Has Spotted Its Smallest Exoplanet Ever
7. 1. 19
Read More
+Social+Newsletter
TopicsAbout UsContact Us
Copyright ©, Camden Media Inc All Rights Reserved. See our User Agreement, Privacy Policy and Data Use Policy. The material on this site may not be reproduced, distributed, transmitted, cached or otherwise used, except with prior written permission of Futurism. Articles may contain affiliate links which enable us to share in the revenue of any purchases made.
Fonts by Typekit and Monotype.