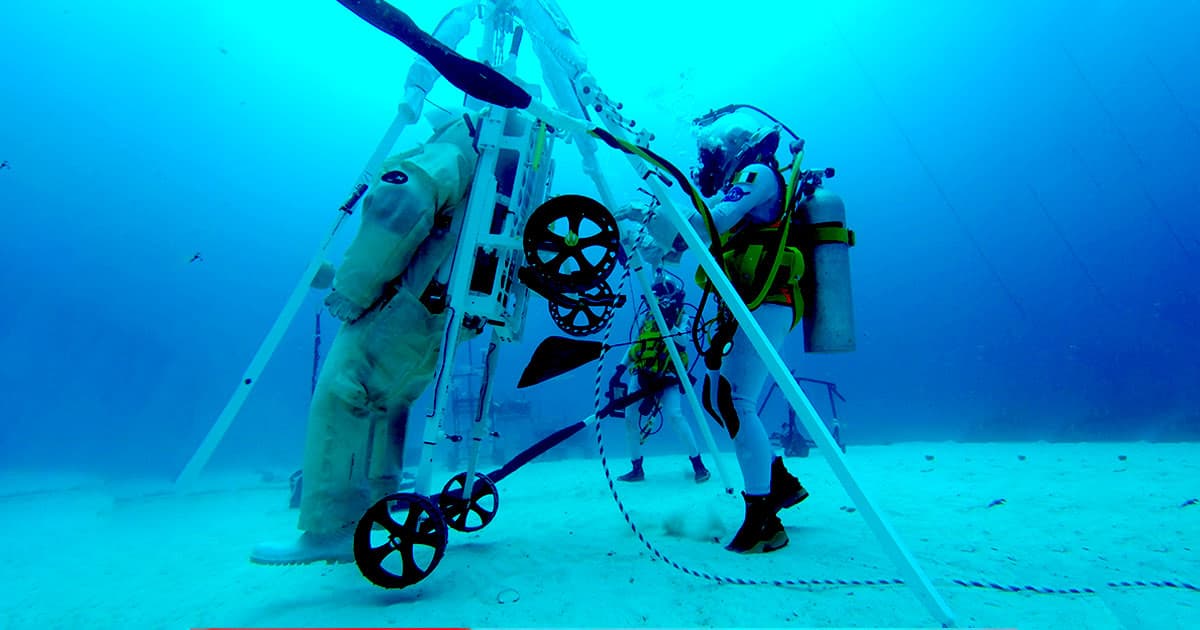 This Bizarre Device Will Help Rescue Injured Astronauts on the Moon

This is how you lug a suit-wearing astronaut to safety on the lunar surface.

This is how you lug a suit-wearing astronaut to safety on the lunar surface.

The European Space Agency (ESA) just tested out a device that's meant to assist in astronaut rescue missions on the surface of the Moon. The strange contraption, dubbed the Lunar Evacuation System Assembly, is a pyramid-like structure that can be operated by a single astronaut to extricate a fallen comrade — the world’s first, according to the ESA.

The gadget is meant to save incapacitated astronauts by lifting them onto a mobile stretcher. According to an ESA statement, the device can be "transported like a golf caddy."

"There is no way an astronaut could carry their fallen crewmate over their shoulder while wearing an [extravehicular activity] EVA suit," said ESA head of spacewalk training Hervé Stevenin in the statement.

Two members of NASA's NEEMO 23 mission are testing the device at the Aquarius laboratory some 62 feet (19 meters) below the surface, six miles off the shore near Key Largo, Florida —  the only operational permanent underwater research facility in the world.

"The close parallels of inner and outer space exploration will be clearly demonstrated during this undersea mission, " NEEMO Project Lead Bill Todd said in a statement.

An earlier prototype of the LESA was tested at NASA's NEEMO 22 mission in 2017.

More on NASA's NEEMO mission: NASA is Using This Underwater Lab to Train Astronauts for the Moon