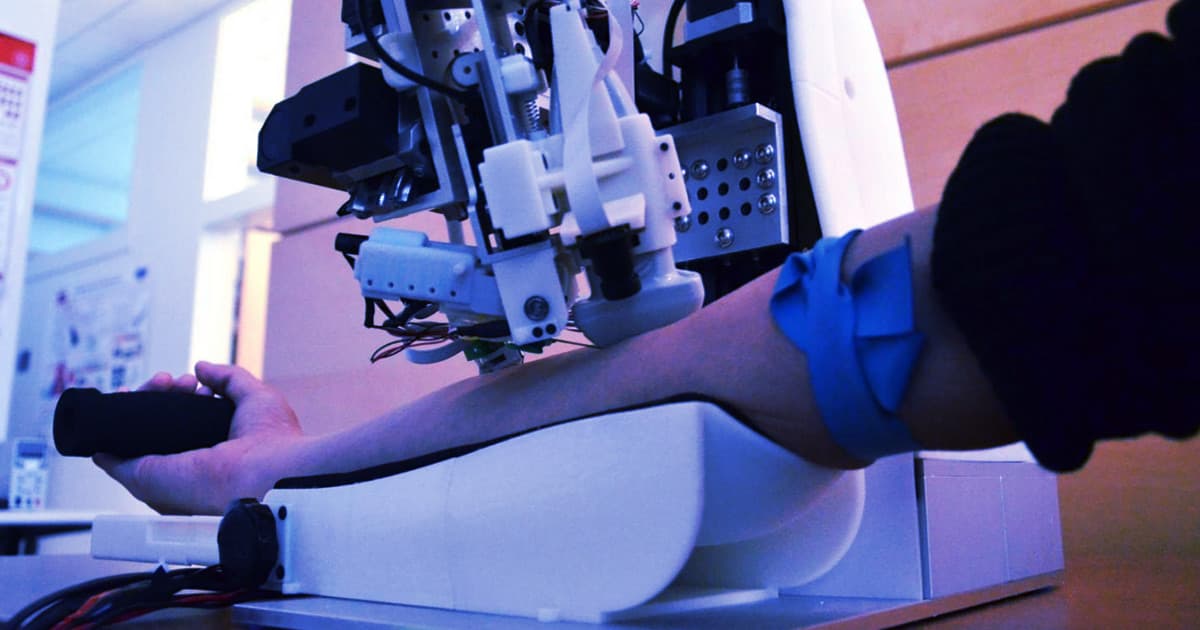 Engineers Built an AI-Powered Robot to Take Your Blood

This little bot wants your blood.

This little bot wants your blood.

Having your blood drawn can be the stuff of nightmares — but maybe a robot could help.

Engineers at Rutgers University announced Wednesday that they've built a tabletop machine that combines aspects of robotics, AI, and ultrasound imaging to reliably draw blood or insert a catheter to deliver drugs and medicine. Their research, published in the journal Nature Machine Intelligence, concludes that their blood 'bot may even outperform human medical staff.

Despite being a common procedure, about 20 percent of blood drawings can prove difficult if patients have veins that are small, rolling, collapsed, or otherwise hard to access, leading to increased poking and unnecessary suffering.

That's where the robot comes in. Using an ultrasound imaging system and machine learning algorithm the robot can accurately identify blood vessels, classify them, estimate their depth, and ultimately steer needles into them with minimal supervision.

The authors of the study suggest that, with additional testing, the robot could help automate the process of taking blood samples which could speed up hospital visits for patients or help researchers in the laboratory setting

"Not only can the device be used for patients, but it can also be modified to draw blood in rodents, a procedure which is extremely important for drug testing in animals in the pharmaceutical and biotech industries," said Rutgers University and supervisor of the study Martin L. Yarmush in a press release.

More on medical robots: A robot just operated on a human eye for the first time