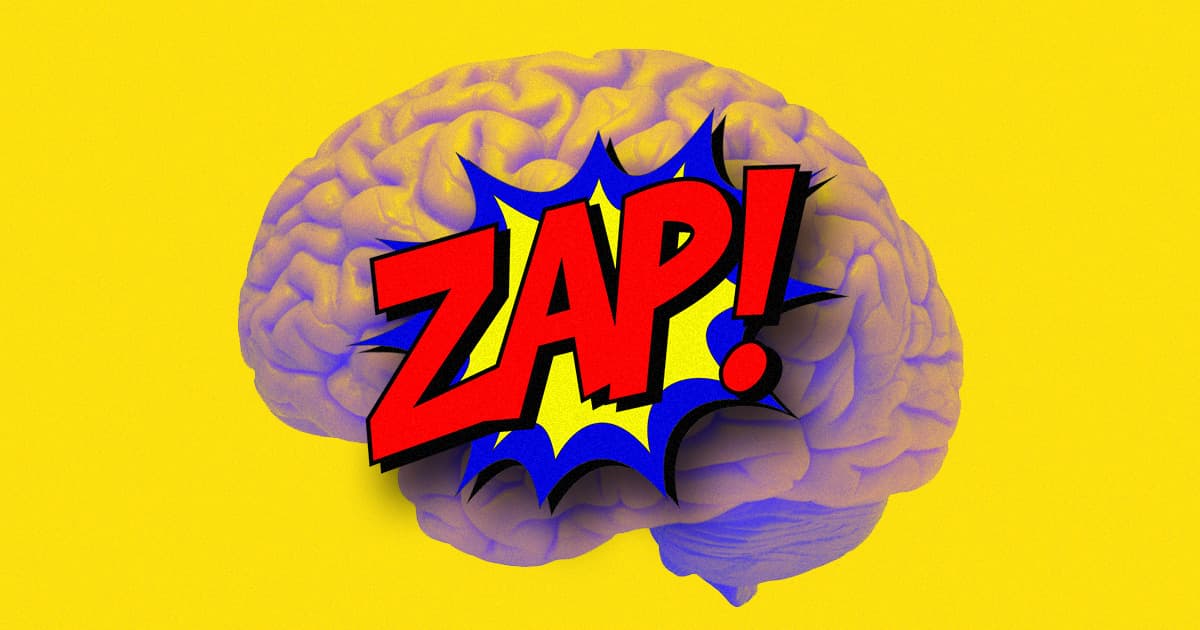 Electrode Brain Implant Could Potentially Zap People Out of Comas

A dream of medicine could one day be a waking reality.

A dream of medicine could one day be a waking reality.

Generally, patients who have been in comas for a long time face long odds of waking up. But via OneZero, a newly-published study demonstrated how using electrodes to deliver jolts to a specific region of the brain associated with consciousness itself could offer hope.

The study, run by University of Wisconsin-Madison researchers and published in the journal Neuron, involved the researchers implanting electrodes in brains of macaque monkeys and using a technique called deep brain stimulation.

The researchers targeted a specific parts of anesthetized monkeys' brains called the central lateral thalamus. When stimulated, the monkeys opened their eyes, reached and retracted limbs, moved their faces and bodies. Even their vital signs changed.

Once the stimulation ceased, though, the monkeys went back under.

The study has years to go before practical application.

First, more tests on monkeys need to be done to see if the monkeys can perform tasks like playing video games — seriously — before falling back asleep. After that, further animals trials will have to confirm the treatment's efficacy before ever being cleared for trials on comatose human patients.

Balloon News
China Says "Spy Balloon" Soaring Over America Is Completely Innocent
Yesterday
Read More
I Silence Thee
Leaked Messages Seem to Show Elon Musk Using Twitter to Punish His Enemies
Jan 28
Read More
Going Wireless
Hackers Took Over a Subdomain of Wired.com for Several Months and Replaced It With Sleazy Online Casino Content
Jan 25
Read More
+Social+Newsletter
TopicsAbout UsContact Us
Copyright ©, Camden Media Inc All Rights Reserved. See our User Agreement, Privacy Policy and Data Use Policy. The material on this site may not be reproduced, distributed, transmitted, cached or otherwise used, except with prior written permission of Futurism. Articles may contain affiliate links which enable us to share in the revenue of any purchases made.
Fonts by Typekit and Monotype.