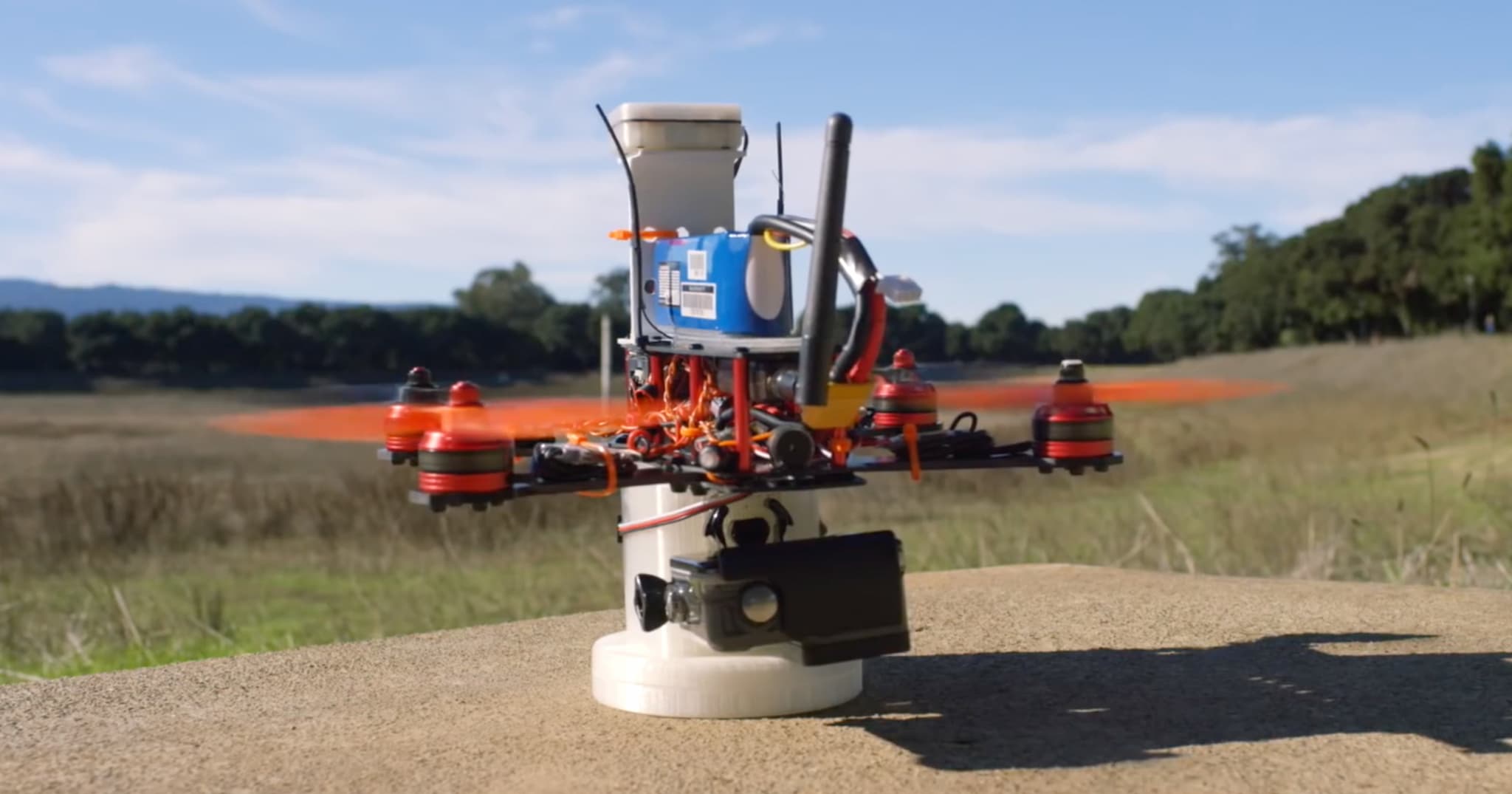 These Tiny Drones Can Pull Objects 40 Times Their Weight

They figured out how to open doors.

They figured out how to open doors.

What do you get when you combine a wasp, a gecko, and a team of world-class roboticists?

You get a drone called FlyCroTug, and while the above sounds like the setup to some terrible joke, this tiny bot is pulling way more than its weight — literally.

FlyCroTug is the work of a team of researchers from Stanford University and Switzerland's École Polytechnique Fédérale de Lausanne. While most drones serve the same primary purpose — to provide us with eyes in the sky — these researchers wanted to create a drone that could actually do something. In the case of FlyCroTug, that "something" is pull.

In a paper published this week in the journal Science Robotics, the research team details how the tiny drone is able to attach itself onto a smooth surface using an adhesive inspired by geckos. If the surface is rough, tiny spines inspired by yet another creature — insects — take hold. Once anchored, FlyCroTug can then pull objects up to 40 times its own body weight.

The research team demonstrates the bot's abilities in a video released alongside the paper. In one demo, researchers use a remote control to direct the tiny drone to lift a filled water bottle. In another, they have a pair of the bots open a door — one FlyCroTug latches onto the handle, pulling it down while a second slips a hook under the door that it then pulls horizontally.

The researchers see potential for the bots to help in search and rescue missions, navigating collapsed buildings and moving debris out of the way if necessary. But it's hard not to let your imagination run wild watching the bots work together on the door demo. Who else is thinking they'd be the perfect partners for a heist? Just me?