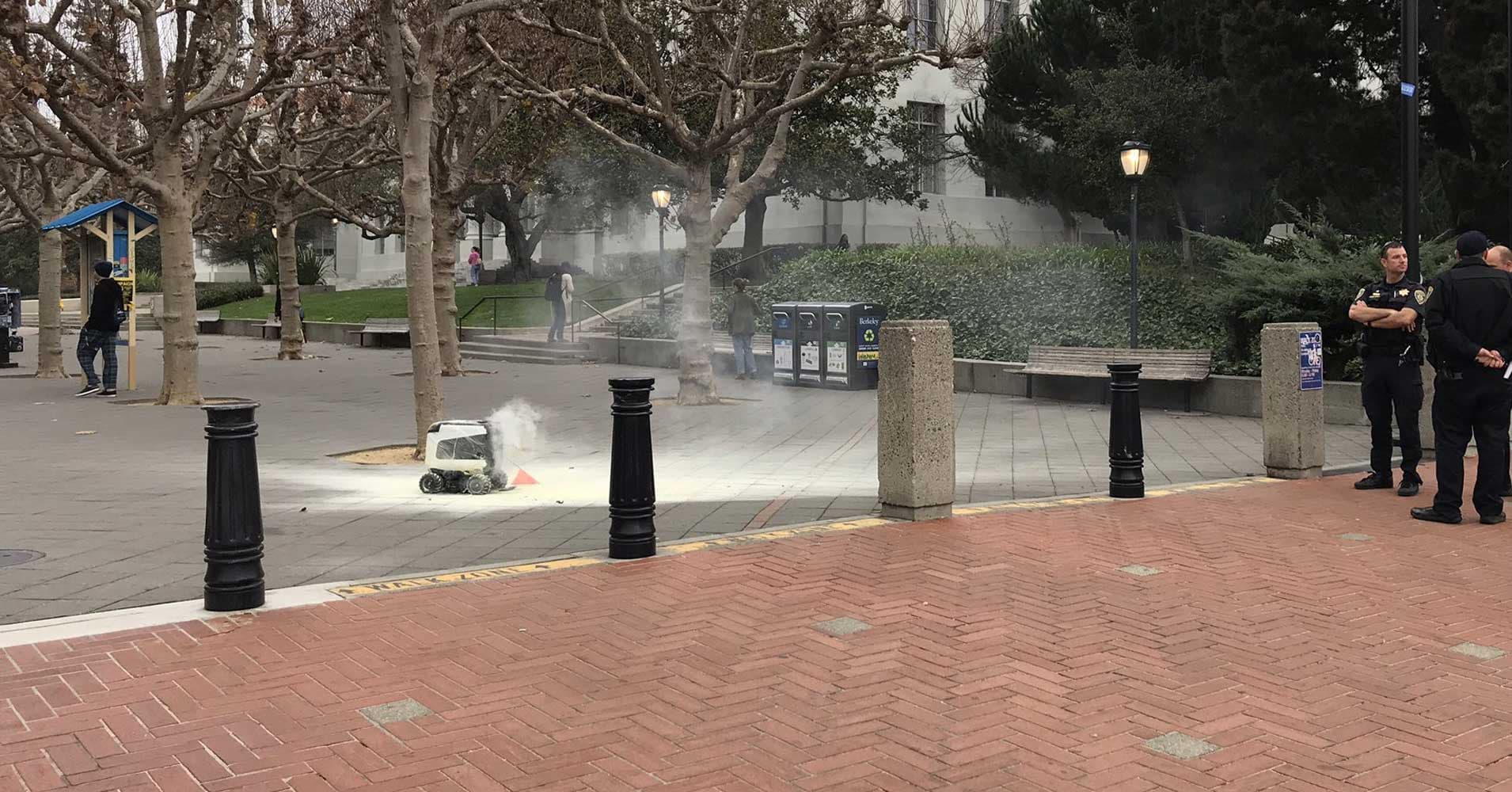 A Delivery Robot Burst Into Flames in California

The company claims a defective battery was to blame.

The company claims a defective battery was to blame.

When you order food delivery, you typically want your meal to arrive hot — but not literally on fire.

Unfortunately, an autonomous robot delivering an order to a customer of robotics company Kiwi didn't get that memo — on Friday, the Kiwibot caught fire while making a delivery on the University of California, Berkeley campus.

The fire was quickly extinguished, but not before students posted photos of the flaming bot on social media.

As soon as Kiwi learned about one of its Kiwibots catching fire, the company pulled all its bots from the field, delivering any pending food orders by hand to ensure minimal disruption to its customers.

After looking into the issue, the company released a statement the following day in which it noted that "human error" was to blame for the robot's malfunction. Apparently, a person had replaced a functioning battery with a defective one, which caused the "exceedingly rare occurrence of the battery experiencing thermal runaway."

To prevent its robots from exploding into flames in the future, the company installed battery-monitoring software in each bot.

Kiwibots have been delivering food on the Berkeley campus for nearly two years now, and as with any new technology — autonomous food delivery included — the occasional malfunction is practically unavoidable.

And Kiwi did pretty much exactly what you'd want a company to do after encountering such a malfunction: It acted quickly to ensure its technology wouldn't harm anyone, got to the root cause of the problem, and addressed it in a way that will hopefully prevent future issues.

Still, the company is lucky no one got hurt on Friday — after all, a flaming delivery robot on wheels could cause some serious destruction — so let's just hope that new software is truly enough to prevent any future KiwiBots from encountering the same fiery fate.

More on delivery robots: Tiny Robots Will Deliver Your Lunch, Because We Hate Human Interaction