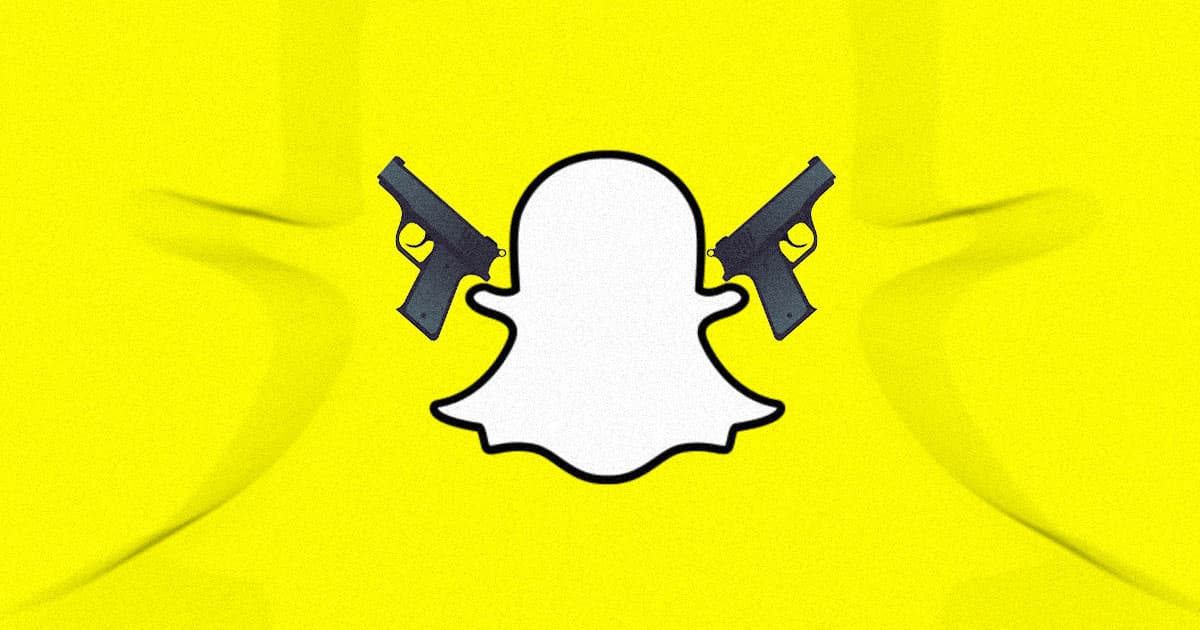 And officials are using the snaps to track them down.

And officials are using the snaps to track them down.

The illegal weapon trade, unfortunately, is nothing new. But what is new is how dealers are connecting with their customers: through Snapchat and other social media platforms.

A new Guardian story recounts several examples of federal authorities catching weapons dealers advertising illegal guns via social media — and then using those platforms to bring the dealers to justice.

In one instance, Nevada resident Anthony Reed advertised illegal guns though Snapchat posts in which he brandished the weapons while walking around his home or driving his car. Those posts caught the attention of an agent for the Bureau of Alcohol, Tobacco, Firearms and Explosives (ATF), who then contacted Reed through Snapchat.

During 11 months of undercover work, that ATF agent bought 35 handguns from Reed and his alleged co-conspirators — and the entire time,  Reed “constantly posted videos and photos of firearms to his Snapchat account,” according to court documents penned by federal prosecutors.

Reed isn’t the only dealer advertising illegal guns on social media, either.

ATF agency Whitney Hameth wrote in the warrant application for a case involving an alleged gun trafficker caught via Instagram that people “involved in gun and drug trafficking communicate with their associates, suppliers and customers using cellphones, smartphone apps, and online messaging functions through websites like Facebook and Instagram… to arrange the sales of guns and drugs, set quantities and prices, meeting places.”

More on illegal weapons: People Are Selling Weapons on the Dark Web