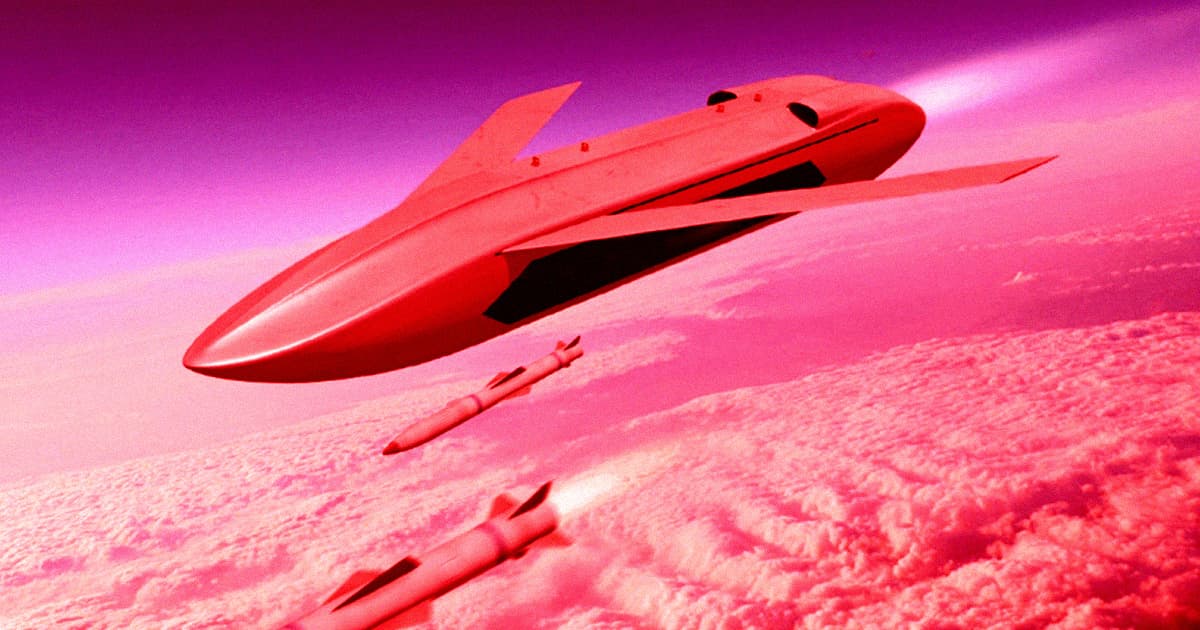 DARPA, the United States Military's research and development wing, is developing a new combat drone that can be launched out of a fighter or bomber plane — and then fire missiles of its own.

The drone, which has been dubbed the "LongShot" and works kind of like a bizarre, destructive Russian nesting doll, is intended to make aerial combat safer for human pilots, according to Defense News. The idea is that launching a drone that then fires weapons allows pilots to stay farther away from the combat itself than they'd otherwise be able to — another extension of the increasing roboticization of military might.

DARPA announced in a Monday press release that it awarded contracts to General Atomics, Lockheed Martin, and Northrop Grumman for the first phase of the LongShot program, which entails developing preliminary designs for the weaponized drone system.

DARPA didn't respond to Defense News' request for comment, so it's not yet clear what the timeline for getting the LongShot program into the skies will look like.

But, as Defense News notes, it seems feasible that both the Air Force and Navy end up using the drone, so we'll likely see tests in which the robotic weapon is launched from a wide variety of military vehicles.