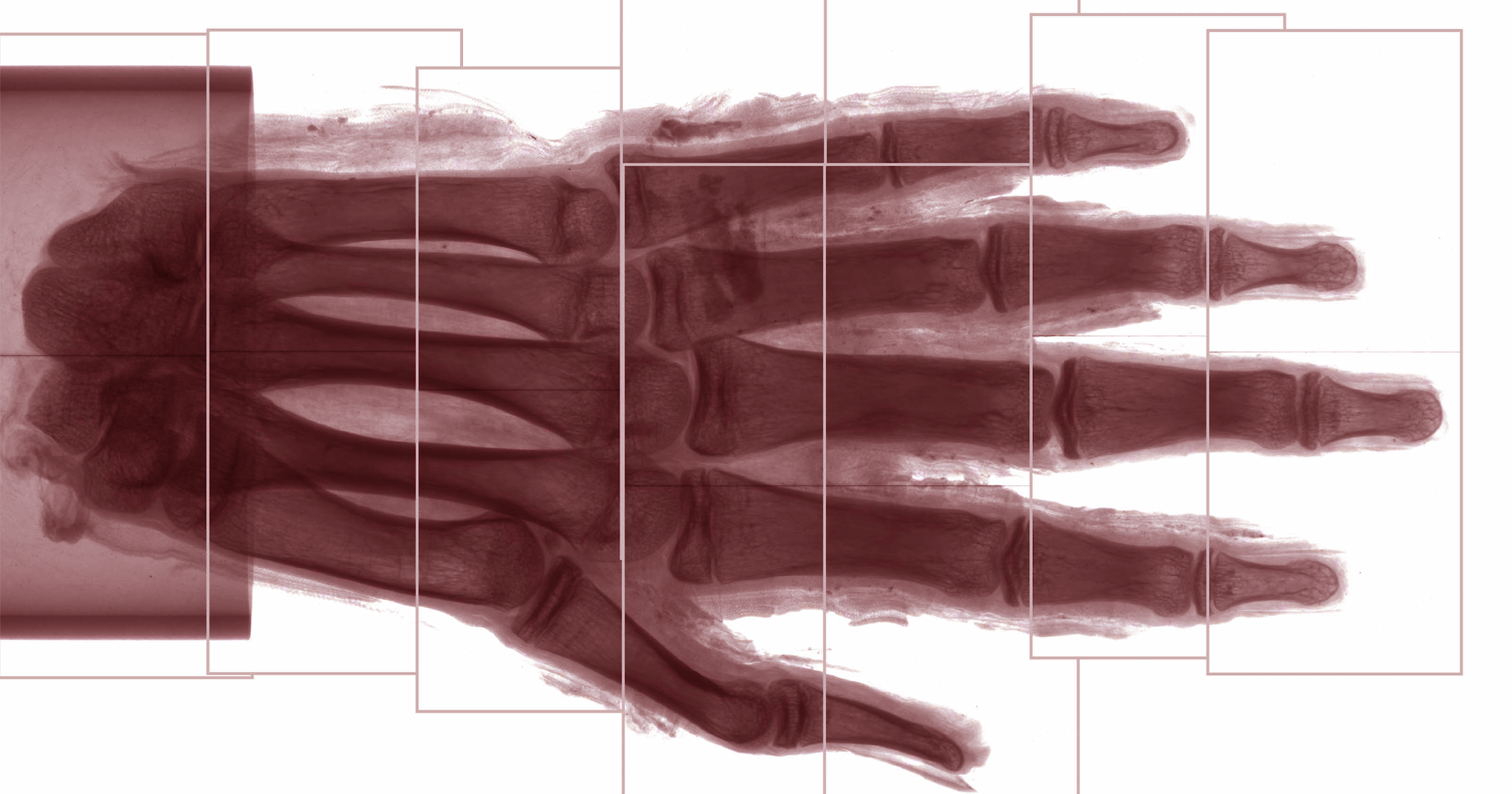 We Can Now See Individual Cells in This Mummy's Hand

In the future, we'll know a lot more about the past.

In the future, we'll know a lot more about the past.

Imagine that you're an archaeologist who wants to know more about how a long-dead person lived. You don't want to slice the body open, if you can avoid it, because it would damage the remains. Medical imagining technologies, however, can give you lots of the same information, and they don't require a single cut.

Archaeologists have been x-raying mummies since the late 1800s, but a new computed tomography (CT) technique described in the journal Radiology gives them the most detailed images of long-dead people yet — down to the cellular level.

The researchers, who were based at the KTH Royal Institute of Technology/Albanova University Center in Sweden, used a technique called propagation-based phase-contrast imaging. Because the technique shows contrast between less-dense materials like soft tissues, it's typically used in biomedical research and material science. Now archaeologists have started looking into it (another group of archaeologists used the technique in 2015 to create images of scrolls too delicate to unroll).

To see if the technique would work just as well on human remains, the researchers scanned the hand of an Egyptian mummy from the Museum of Mediterranean and Near Eastern Antiquities in Stockholm. The man had died around 400 BCE, but the researchers captured an image so detailed that they could identify separate layers of ancient skin and the remains of individual cells, blood vessels and nerves.

The spectacular results proved that ancient tissues can now be "can be imaged in a way that we have never seen before," said researcher Jenny Romell in a press release.

A strange thing about history is that as our knowledge grows, swathes of the past can come into sharper focus, like ancient weather patterns or vessels in the mummy's hand, which the Swedish researchers said they hoped would become common in archaeology and the study of ancient disease.

It makes you wonder: when the archaeologists of the future dig us up, what kinds of tiny details will they pick up on that will give them new insight into eras long gone?

More on archaeology: The Ancient World Is Being Brought to Life