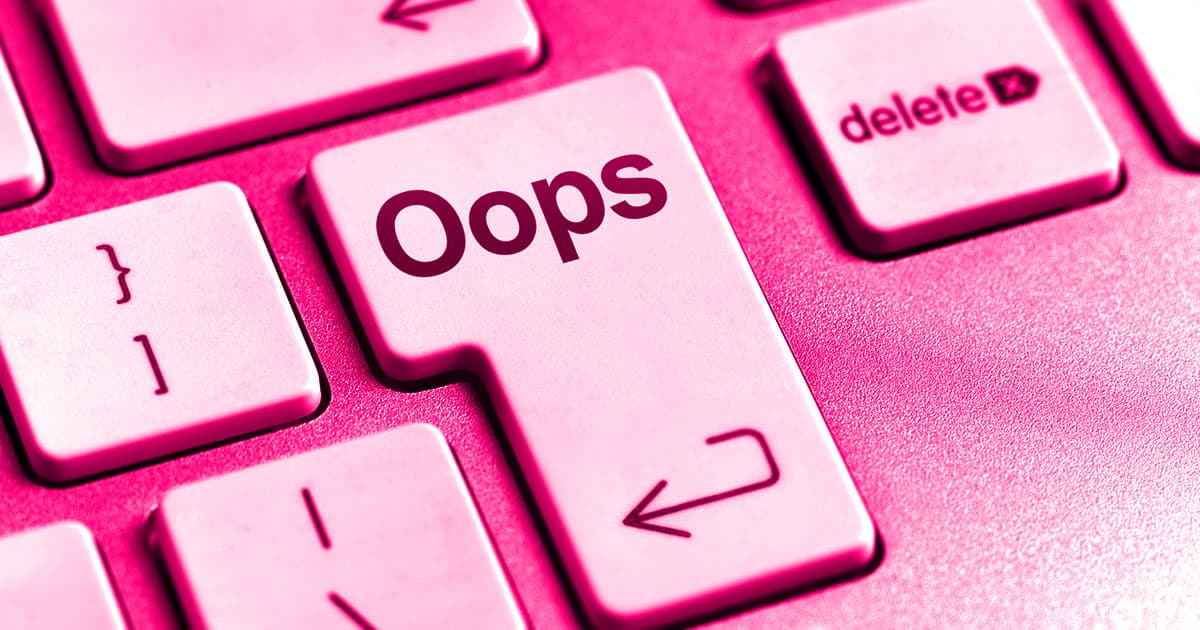 Staff at decentralized finance platform OptiFi must be having a really bad day.

Why? The company says a coding error accidentally — and permanently — shut the entire Solana blockchain-based platform down, wiping out $661,000 worth of a stablecoin called USDC.

"We sincerely apologize for a program incident leading to the sudden closure of the OptiFi mainnet program and we could not recover it," the company's blog post on the blunder reads. "We will compensate all users’ funds and prevent it from happening again."

It's a massive and expensive oversight — possibly the first of its kind, as CoinDesk points out — that perfectly illustrates the risks of carrying out financial transactions without any intermediary authorities.

On August 29, the company says one of its developers was trying to update the program on the Solana blockchain and accidentally used a command that shutting the whole thing down in one fell swoop.

That means over half a million dollars worth of USDC are now "not recoverable at the moment of writing," according to the blog post.

In other words, it's the worst case scenario for a company like OptiFi.

"We immediately searched the relevant topic on Solana discord, and also asked a core dev from Solana," the post reads, "but the answers we got are overwhelmingly indicating that we are unable to re-deploy our program to the previous program ID... anymore."

The company has some words of advice.

"Please don't rush like what we did, especially for DeFi projects," the company wrote.

In short, this kind of reads like a massive self-own.