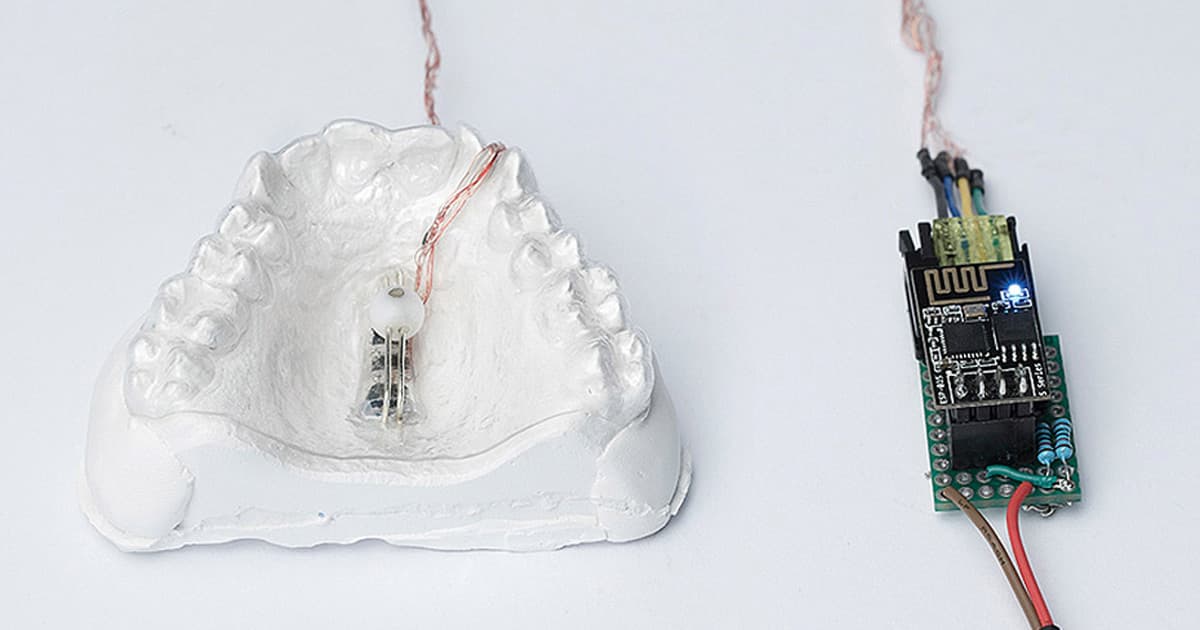 This Device Allows You to Control a Computer With Your Tongue

Would you move a mouse around with your tongue?

Would you move a mouse around with your tongue?

Dorothee Clasen, a master's student of design at the Köln International School of Design, has come up with an unusual new way to interface with a computer: a tongue-operated controller.

At its core, the prototype device is a dental retainer with a ball and magnet attached to it that slide along a set of rails, as Dezeen reports.

Move the Ball Back and Forth

The idea is simple: the wearer can move the ball back and forward with their tongue. A wire coming out of the wearer's mouth hooks up to a WiFi transmitter to send the information to a nearby computer.

According to Clasen, it's meant for with disabilities, or for those whose two hands are already occupied.

In a demonstration, Clasen was able to play a game of Tong, a tongue-based take on the Atari classic Pong, as shown in the video above.

Oddly, she says she got the idea from riding a horse.

"As I do horse riding as a hobby, I was especially fascinated by the haptic communication between the rider's hand and the horse's mouth," Clasen told Dezeen. "Through the reins, the human influences the horse's posture, and at the same time has to rely on his sense of touch to check on the horse's posture."

READ MORE: Tong allows users to control a computer with their tongue [Dezeen]

FROM THE DEPT. OF THINGS TO BUY
The Best Places to Buy A Laptop in 2023
Tuesday
Read More
Hair Locker
NFL Star Sues Company for Implying It Gave Him a Hair Transplant
Jan 14
Read More
FROM THE DEPT. OF THINGS TO BUY
SiOnyx Aurora Pro Night Vision Camera Review: My Secret Late-Night Adventuring Tool
Jan 14
Read More
+Social+Newsletter
TopicsAbout UsContact Us
Copyright ©, Camden Media Inc All Rights Reserved. See our User Agreement, Privacy Policy and Data Use Policy. The material on this site may not be reproduced, distributed, transmitted, cached or otherwise used, except with prior written permission of Futurism. Articles may contain affiliate links which enable us to share in the revenue of any purchases made.
Fonts by Typekit and Monotype.