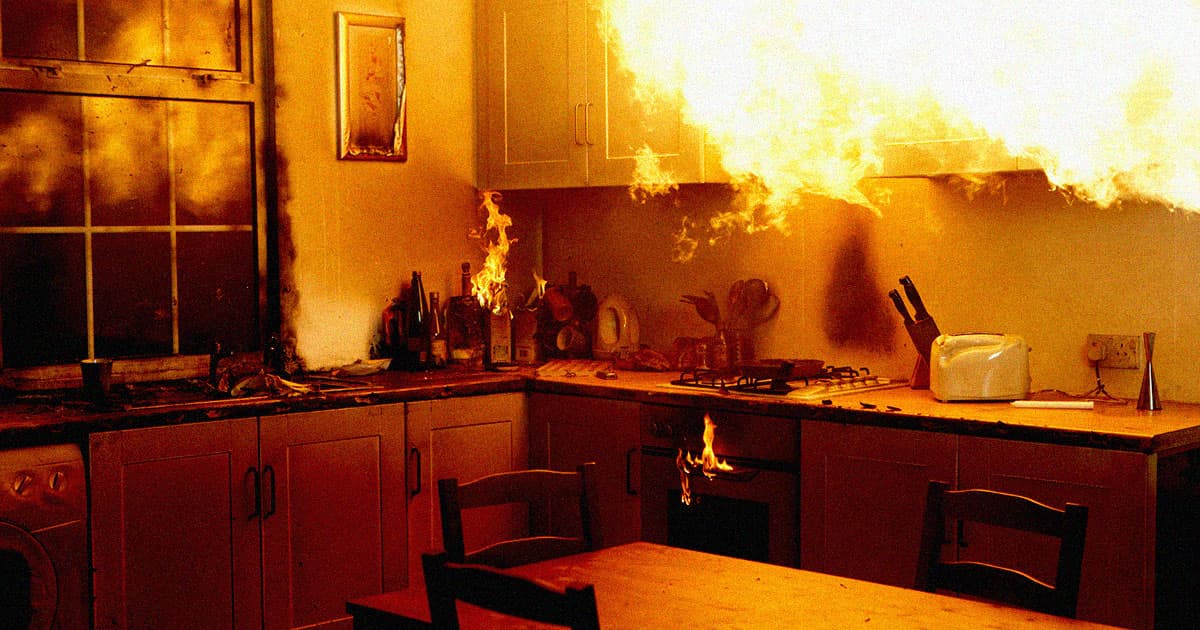 "Please keep your experiments in the lab and supervised by trained professionals."

"Please keep your experiments in the lab and supervised by trained professionals."

Talk about cooking with gas!

A student at Brigham Young University found himself in a heated situation when he briefly set fire to a dorm kitchen while creating homemade rocket fuel.

The student was attempting to create the DIY fuel on Sunday afternoon on the kitchen stovetop, according to the BYU Police. The fuel ignited suddenly in a massive fireball that "engulfed the walls and ceiling around the stove," triggering the building’s fire sprinklers.

"Firefighters quickly secured the scene and were able to put out the remnants from the fire," the cops said.

See some of the damage for yourself below:

A BYU student created a massive fireball that engulfed his dorm on Sunday after he tried to make DIY rocket fuel on his dorm's stovetop. 🔥

Luckily, no one was injured in the experiment. However, 22 residents in the dorm were displaced due to "flooding caused by this kitchen chemist incident."

"Please keep your experiments in the lab and supervised by trained professionals," the BYU Police said.

Authorities are currently investigating the matter and the student's motivations remain unclear. However, BYU Police spokesperson Jeff Long told CBS affiliate KUTV that they do not believe there was any harmful intent behind the experiment.

But he also said that police weren't going to rule out the possibility of criminal charges.

"I mean, this was definitely reckless," Long said.

So yeah. Let this be a lesson to all of you considering creating rocket fuel at home. Leave it to the professionals — or at the very least, to the well-trained amateurs.