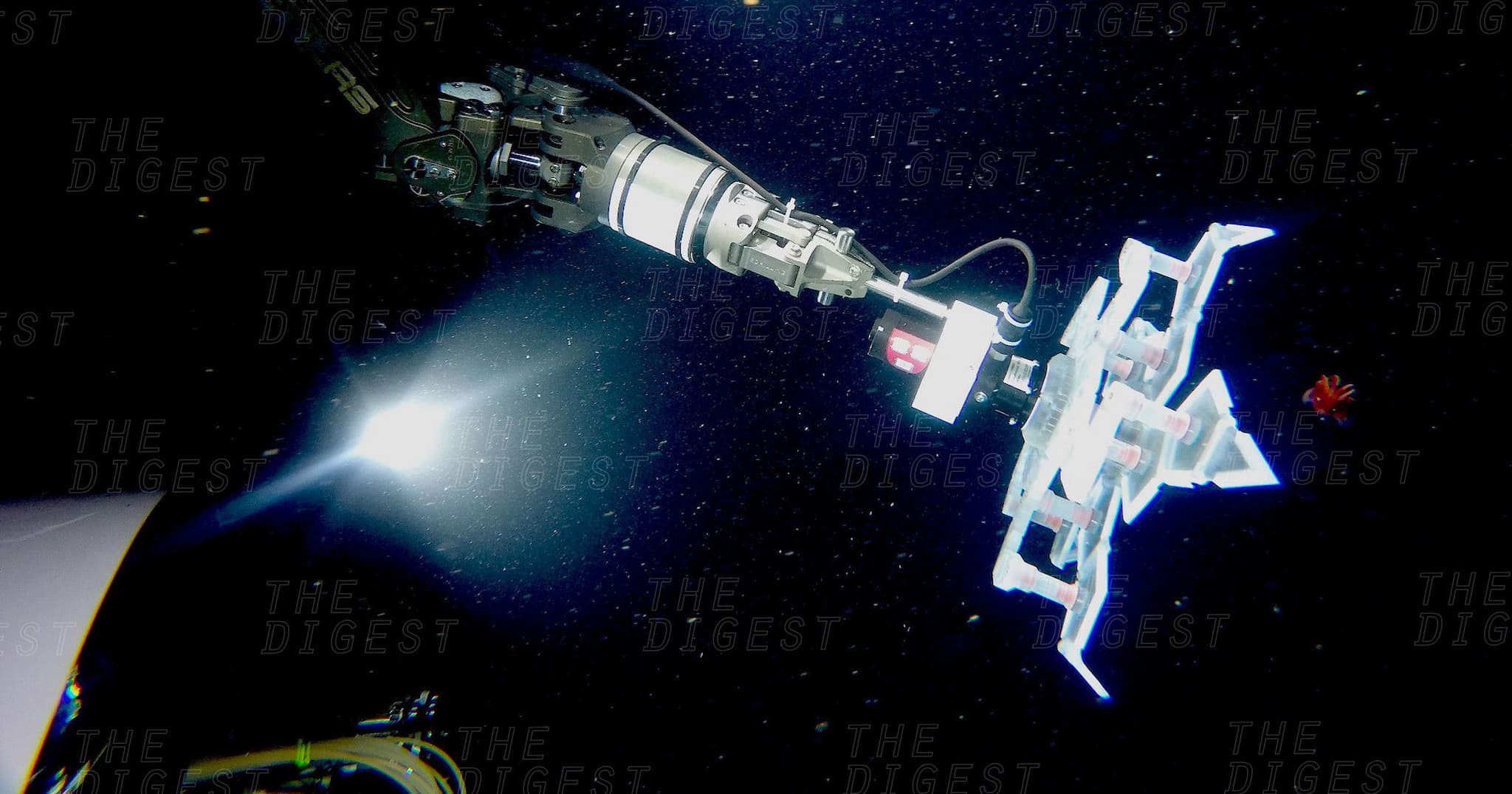 It simply folds around jellyfish, squid, and other delicate organisms.

It simply folds around jellyfish, squid, and other delicate organisms.

OOPS! SORRY, SQUID. When researchers want to study fish and crustaceans, it's pretty easy to collect a sample — tow a net behind a boat and you're bound to capture a few. But collecting delicate deep-sea organisms such as squid and jellyfish isn't so simple — the nets can literally shred the creatures' bodies.

Now, Zhi Ern Teoh, a mechanical engineer from Harvard Microrobotics Laboratory, and his colleagues have developed a better way for scientists to collect these elusive organisms. They published their research in Science Robotics on Wednesday.

THE OLD WAY. Currently, researchers who want to collect delicate marine life have two ways to do it (that aren't nets). The first is a detritus sampler, a tube-shaped device with round "doors" on either end. To capture a creature with this device, the operator must slide open the doors, manually position the tube over the creature, then quickly shut the doors before the creature escapes. According to the researchers' paper, this positioning requires the operator to have a bit of skill. The second type of device is one that uses suction to pull a specimen through a tube into a storage bucket. This process can destroy delicate creatures.

THE BETTER WAY. To create a device that is both easy to use and unlikely to harm a specimen, Teoh looked to origami, the Japanese art of paper folding. He came up with device with a body made of 3D-printed photopolymer and modeled after a dodecahedron, a shape with 12 identical flat faces. If you've ever played a board game with a 12-sided die, you're already familiar with the shape of the device in the closed position; when open, it looks somewhat like a flat starfish.

The device was tested up to 700 meters' depth, but it's designed to withstand pressure of "full ocean depth," the researchers write (11 kilometers, or 6.8 miles deep).Despite the large number of joints, Teoh's device can open or close in a single motion using the power of just a single rotational actuator, a motor that converts energy into a rotational force. Once the open device is in position right behind a specimen, the operator simply triggers the actuator, and the 12 sides of the dodecahedron fold around the creature and the water it's in, though it doesn't seal tightly enough to carry that water above the surface.

Eventually, the researchers hope to update the device to include built-in cameras and touch sensors. They also think it has the potential to be useful for space missions, helping with off-world construction, but for now, they're focused on collecting marine life without destroying it in the process.

House in a Backpack? This New Material Could Make It Happen
3. 25. 16
Read More
Unorthodox Urinal
Scientists Say They've Figured Out the Ideal Urinal for Not Splashing Back
Yesterday
Read More
Tone Deft
New AI Tells Children That Santa Isn't Real
Yesterday
Read More
+Social+Newsletter
TopicsAbout UsContact Us
Copyright ©, Camden Media Inc All Rights Reserved. See our User Agreement, Privacy Policy and Data Use Policy. The material on this site may not be reproduced, distributed, transmitted, cached or otherwise used, except with prior written permission of Futurism. Articles may contain affiliate links which enable us to share in the revenue of any purchases made.
Fonts by Typekit and Monotype.