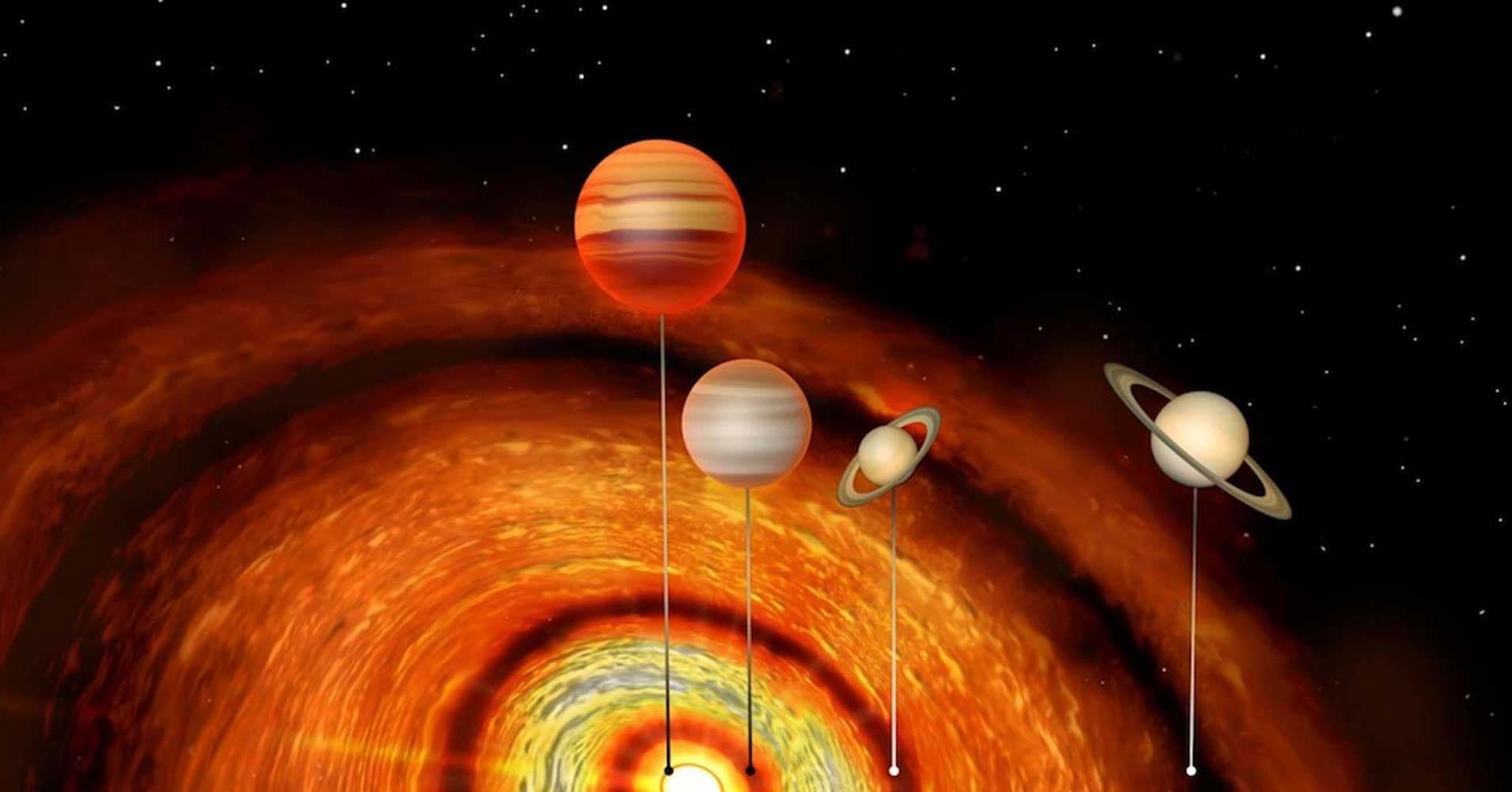 These New Planets Are Massive. So Is What They Could Teach Us.

One of them is 10 times the size of Jupiter, but whips around its star every nine days.

One of them is 10 times the size of Jupiter, but whips around its star every nine days.

A Star Is Born*

*Two billion years ago. But still: the star CI Tau is small and young, comparatively speaking. It’s about 80 percent the size of our own Sun and less than half its age. But the planets orbiting the star? Another matter entirely. New research shows that they’re absolute units, dwarfing the largest planets in our own system by an enormous margin. And their sheer magnitude, some believe, could change scientists’ understanding of how planets form.

We already knew about one planet orbiting CI Tau: CI Tau b. That planet’s 10 times the size of Jupiter, but whips around its star every nine Earth days. Jupiter, by comparison, makes it around our Sun only once every 12 years.

A ring of dust and gas known as a “protoplanetary disk” surrounds CI Tau. The researchers aimed a network of Chilean radio telescopes at this disk and spotted telltale gaps that almost certainly mean that the little star has three more massive planets. One is three times the size of Jupiter, while the two others are only as big as Saturn. Only.

Astronomers previously thought that mega gas planets formed slowly, over periods longer than CI Tau has been around. One of the researchers who discovered CI Tau’s planets, Farzana Meru, told NBC that the huge gas balls upend that understanding.

Under the right circumstances, it appears, these planets can form far more quickly than we thought possible.

We’ll probably never make it out to CI Tau, which is 500 light-years away. But for now, we’ll keep an eye peeled for more news about its brood of giant planets and anything they can tell us about the formation of the cosmos.