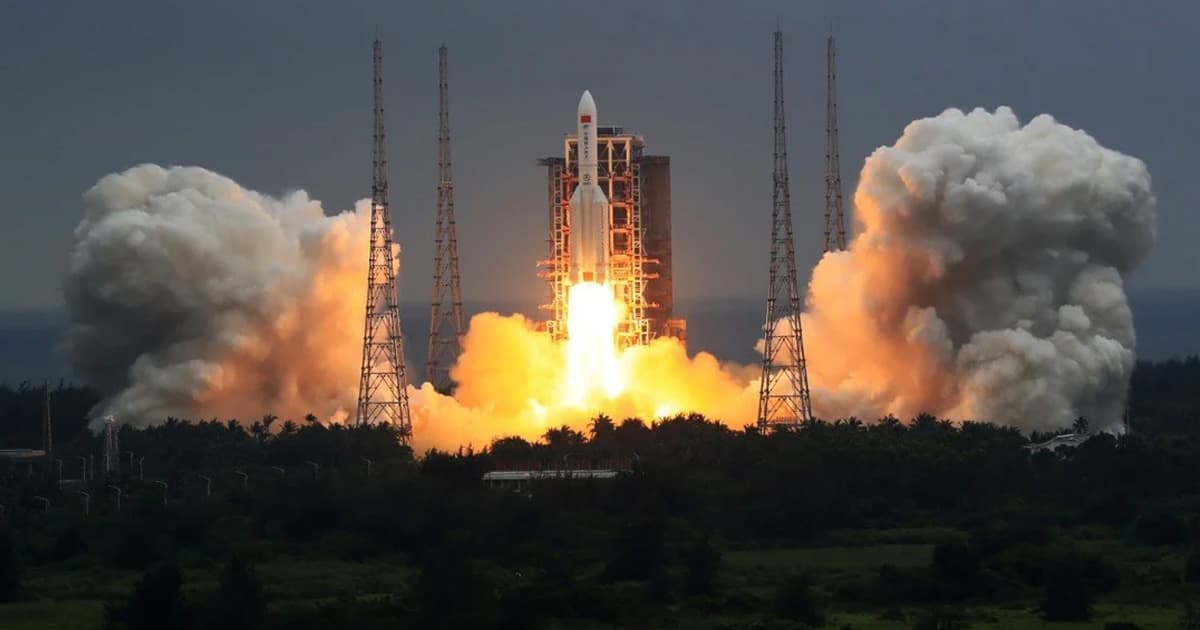 The risk that it'll land on you is "incredibly tiny."

The risk that it'll land on you is "incredibly tiny."

The potentially deadly saga of the Chinese deathrocket is expected to come to an end this weekend, as officials announced it will likely crash down to Earth on Saturday, according to CNN.

China launched the Long March 5B rocket in late April. While the mission was successful, the rocket itself is now on an uncontrollable crash course to earth.

"US Space Command is aware of and tracking the location of the Chinese Long March 5B in space, but its exact entry point into the Earth’s atmosphere cannot be pinpointed until within hours of its reentry, which is expected around May 8," said Mike Howard, spokesperson from the US Defense Department, in a statement attained by CNN.

"The risk that there will be some damage or that it would hit someone is pretty small — not negligible, it could happen — but the risk that it will hit you is incredibly tiny," said Jonathan McDowell, astrophysicist at the Astrophysics Center at Harvard University, told CNN.

Highway to the Risk Zone

In an attempt to pinpoint exactly where it’ll land, the European Space Agency was able to estimate a "risk zone" that includes the Americas, Africa, and Australia, along with Spain, Portugal, Italy, Greece, and parts of Asia, according to CNN.

For now we’ll have to wait and see. Hopefully, everyone ends up safe from falling debris like that time pieces of another Chinese deathrocket landed in a village in Africa.

More on the deathrocket: Secretary of Defense: We Will Not Shoot Down Plummeting Chinese Deathrocket