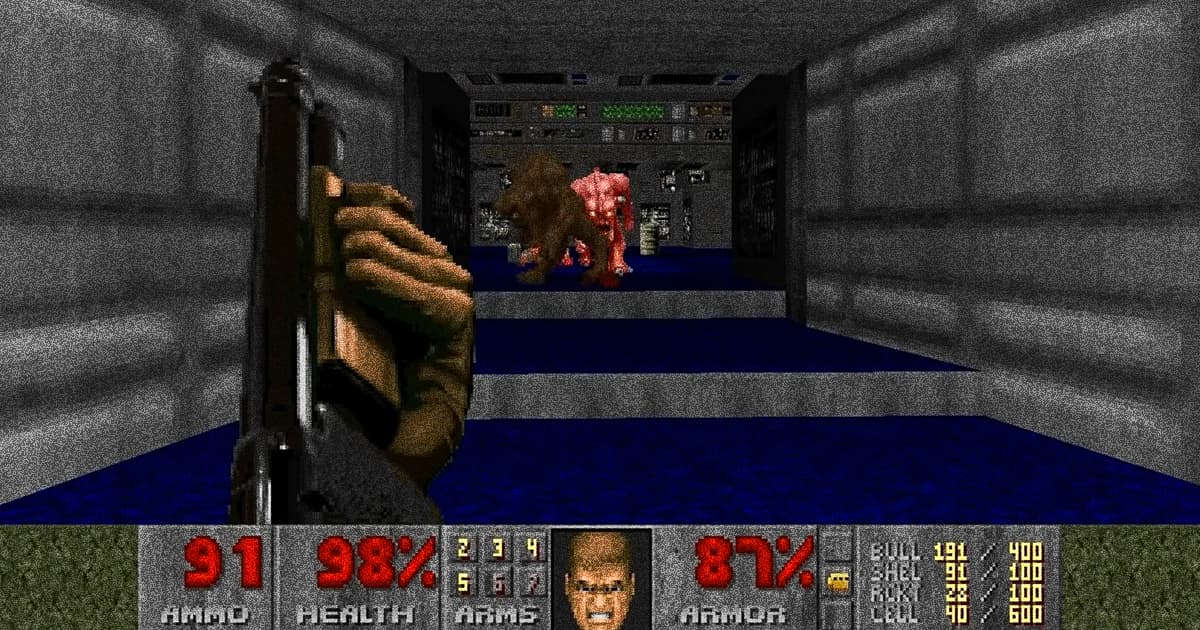 An independent programmer is dead-set on making CAPTCHA tests fun for a change.

So instead of identifying pictures of buses and traffic lights, now you can prove you're a human by gunning down demonic enemies in a mini version of the iconic game "Doom" before time runs out, according to PCMag. It's pretty straightforward as far as gameplay is concerned — just point and shoot — and it's not exactly secure, but it's a whole lot better than squinting at blurry pictures to guess whether or not they have a stop sign in them.

By the way, you can play it here. As a warning, the authentic "Doom" music and sound effects are pretty loud so turn down your headphones first.

A typical CAPTCHA involves more than a simple puzzle. They also require some way for the system to verify the user's answers to make sure they're not a bet. Because it basically plays like an old-school Flash game, the Doom CAPTCHA lacks that added layer of security.

"My CAPTCHA about Doom only validates from user-side (client)," Miquel Camps Orteza, the programmer behind the minigame, told PCMag. "There is no backend to a server to validate the user request. For [someone] who can code, they can see how easy it is to validate the CAPTCHA."

Instead of an actual security tool, the CAPTCHA was meant to be a showcase of Orteza's programming skills while he hunts for a job.

"I thought that maybe the CAPTCHA will catch the attention of some people and companies," he told PCMag. "Before this CAPTCHA, I did another one that forces you to do some squats before purchasing on Amazon using [your PC's] webcam."

READ MORE: Tired of Boring CAPTCHAs, This Developer Created a Doom-Themed One [PCMag]

More on Doom: Artificial Intelligence Is Making Video Game Levels So Good That Even Other AI Thinks They’re Man-Made