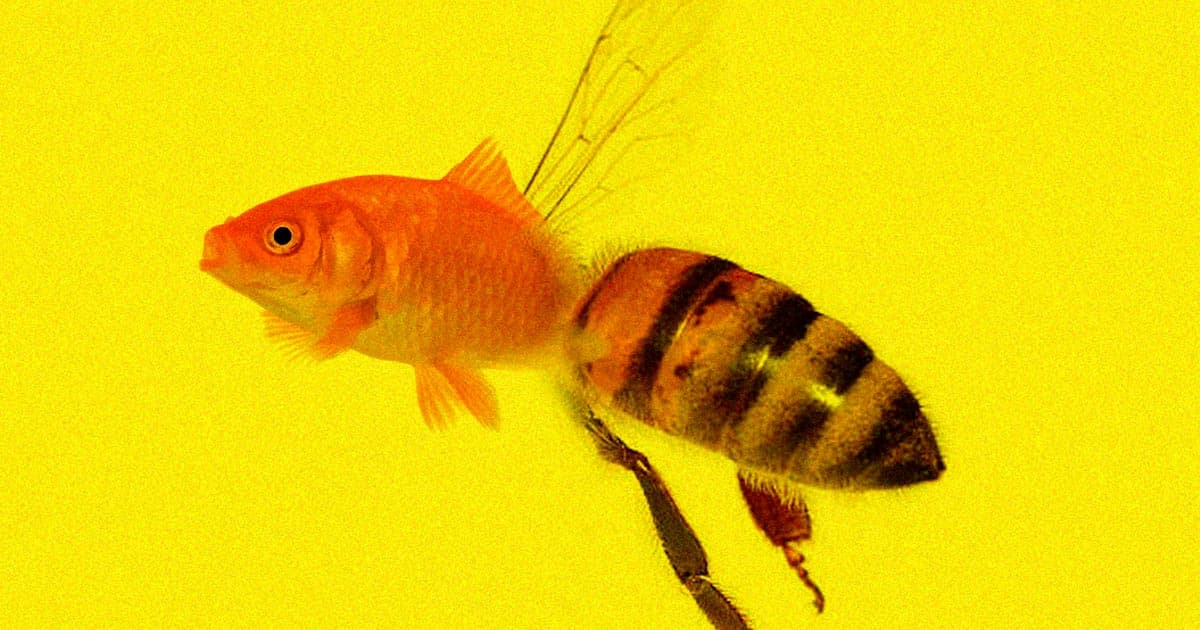 Court Rules That Legally, Bees Can Be Classified as Fish

Not sure I remember this part of biology class!

Not sure I remember this part of biology class!

Bees are fish, corporations are people — and California, as always, is an entertaining mess.

A California appellate court ruled this week that bees can legally be classified as fish, a decision which — albeit in an incredibly roundabout and bureaucratic manner — is poised to help protect bees in the Golden State.

Although California's Department of Fish and Wildlife considers a number of bee species to be "endangered," there were no previous legal protections under the state's Endangered Species Act (ESA), which only protects "native species or subspecies of a bird, mammal, fish, amphibian, reptile, or plant," with no mention of insects.

What's more, a number of lobbies across the state's agricultural industry argued with an initial ruling in 2020 that would allow bees to be protected under the state's ESA.

So, the bee advocates at the fascinatingly-named Xerces Society devised an ingenious yet bizarre workaround, Law & Crime notes — pointing out that the Fish and Game Code of the state's ESA defines "fish" as anything that can be described as "a wild fish, mollusk, crustacean, invertebrate, amphibian, or part, spawn, or ovum of any of those animals."

You'll remember from biology class, the Xerces Society argued, that bees are invertebrates by definition of not having spines. Though a district court agreed with this legal argument in 2020, a higher court overturned the ruling, which led these tireless bee stans to sue once more to have the appeal overruled.

In this latest ruling, the appellate court declared that the judiciary is "tasked with liberally construing" the state's Endangered Species Act to make sure it's effective.

There's definitely some semantic issues with invertebrate classification — specifically, that 95 percent of all animal species fall within that category — that could lead to more trouble for this latest bee advocacy victory.

But for now, at least, things appear to be going swimmingly — or buzzingly, depending on who you ask.

The Humanity!
Chimpanzee Star of "Buddy" Found Alive After His Owner Allegedly Faked His Death
Jun 6
Read More
My Octopus Teacher
Critics Horrified by World's First Octopus Farm
Feb 23
Read More
Big Fellas
George Church Has Raised $15M to Bring an Elephant-Mammoth Hybrid to Life. Could It Actually Work?
9. 13. 21
Read More
+Social+Newsletter
TopicsAbout UsContact Us
Copyright ©, Camden Media Inc All Rights Reserved. See our User Agreement, Privacy Policy and Data Use Policy. The material on this site may not be reproduced, distributed, transmitted, cached or otherwise used, except with prior written permission of Futurism. Articles may contain affiliate links which enable us to share in the revenue of any purchases made.
Fonts by Typekit and Monotype.