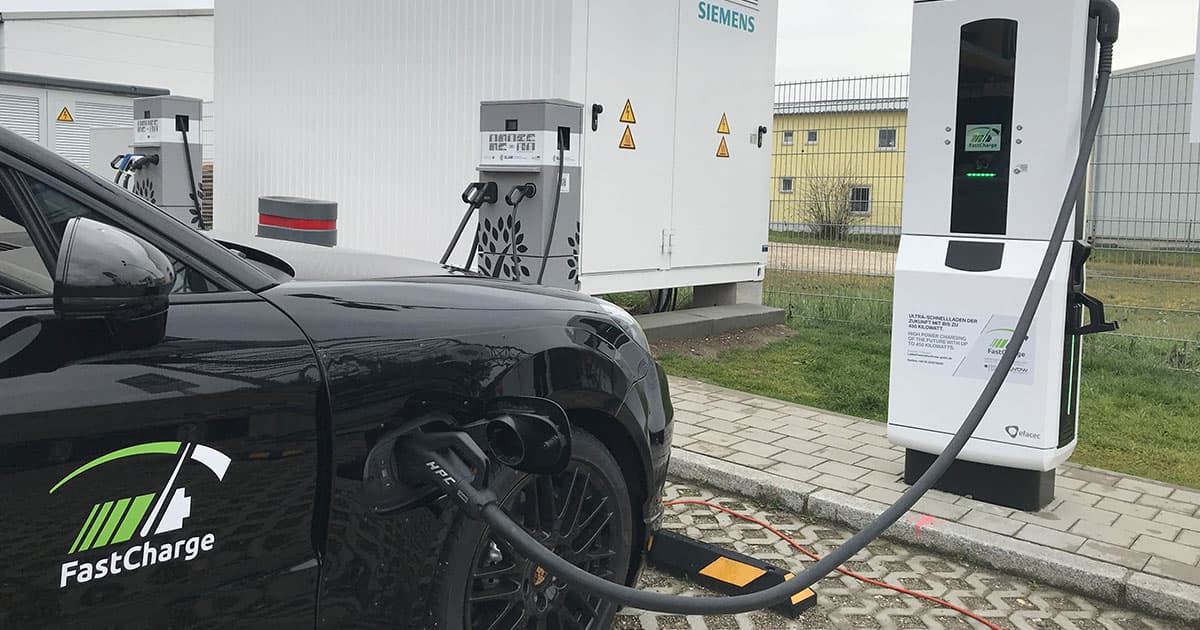 In the future, charging an EV could be as fast as filling up at the gas pump.

In the future, charging an EV could be as fast as filling up at the gas pump.

Driving an electric car (EV) saves money and helps the environment. But charging it is a pain — almost like back when every cellphone needed a different charger.

There are a bunch of different charging standards, power outputs, and EV battery types. Charging at home can take forever, and charging at a roadside stop — if you can even find a compatible station — can take hours.

But Porsche and BMW's brand new charger could be a game-changer. The FastCharge charger could provide enough juice for 62 miles (100 km) of range in just three minutes. That's not that much slower than filling up a gasoline tank at the pump — and it's up to three times faster than Tesla's Supercharger network.

Tesla's Supercharger network only charges at speeds of up to 145 kW — although in many areas it's a lot slower than that. Other "rapid" — or Type 2 — chargers provide between 43 and 120 kW. To reach 450 kW, Porsche had to develop a special cooling system to make sure every cell remains at an efficient, operable temperature.

It's not the only charger of its kind: in April, Swiss company ABB Group launched what it called the "world's fastest" EV charger — a 350 kW charger that can extend your range by 120 miles (193 km) in just three minutes. Bear in mind that ABB likely arrived at those figures by considering different EV battery voltages than Porsche. Futurism has reached out to Porsche to clarify how it arrived at FastCharge's charging time estimate.

And Tesla's Superchargers might also get an upgrade to speeds of up to 250 kW some time next year, Electrek reports.

A Charger Near You

So far, only two prototypes of Porsche and BMW's "FastCharger" exist in Germany.

It's hard to say whether similar chargers will ever become commonplace at gas stations near you. But if they ever do, EVs could start looking a lot more practical to potential buyers.

More on EV chargers: EV-Charging Roads Have Arrived. Here’s Why We Do (and Don’t) Need Them.