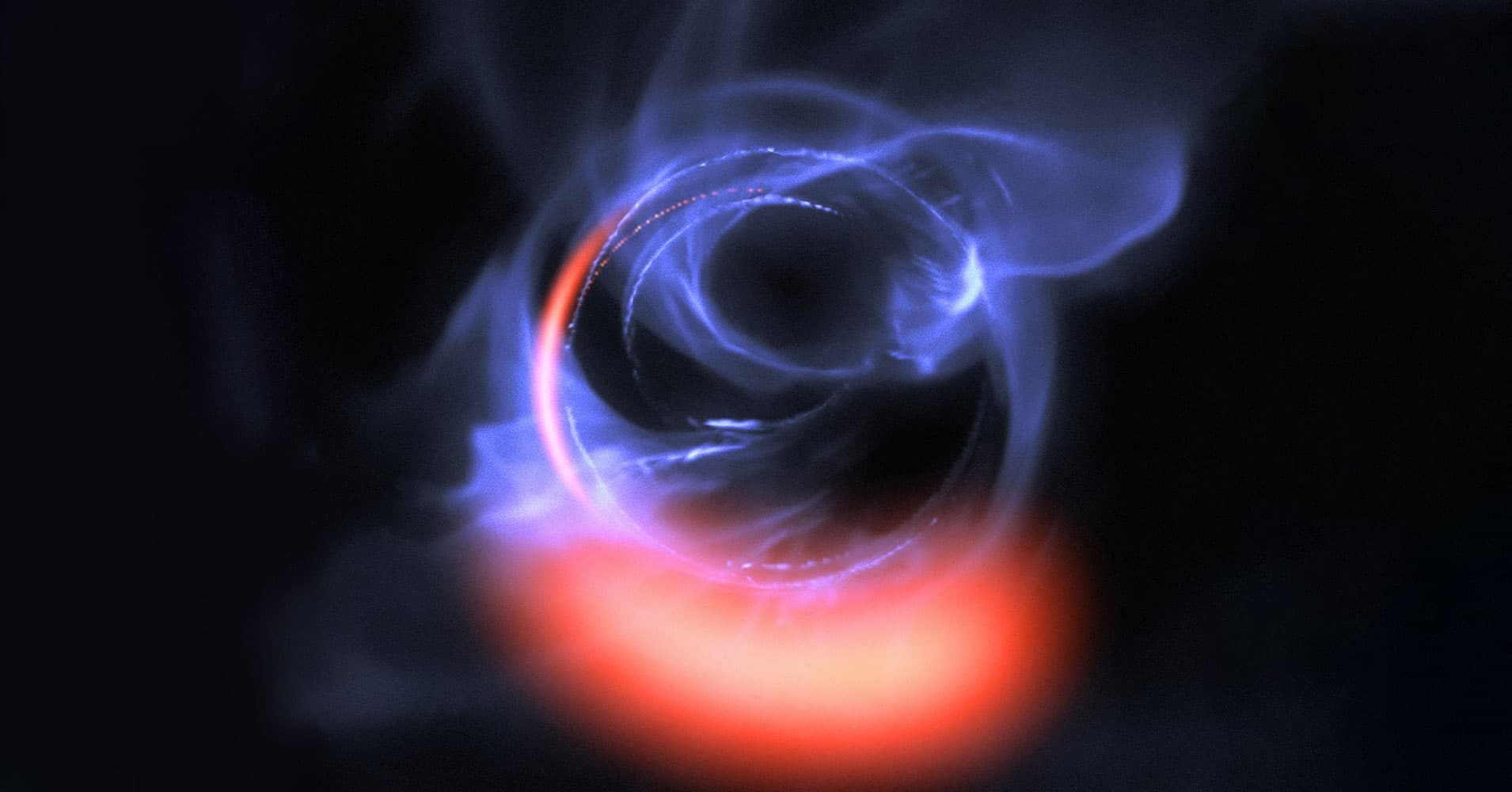 New Image Confirms a Black Hole is Swallowing Our Galaxy

Researchers have long suspected that a supermassive black hole known as Sagittarius A* — that asterisk is part of its name, not a footnote — lurks at the center of our galaxy.

We've never actually seen this black hole at the center of the Milky Way before because, well, we can't see any black holes. Not only are they relatively tiny, but their strong gravitational pull means they're usually surrounded by bright matter that further impedes our view.

We can, however, see signs of black holes in their surroundings. Now, an instrument on the European Southern Observatory's Very Large Telescope (VLT) Interferometer has delivered strong new evidence that Sagittarius A* exists — and that it's slowly devouring the Milky Way.

In a paper published Wednesday in Astronomy & Astrophysics, a team of scientists from multiple European institutions describes how it used an instrument at the VLT to observe the center of our Milky Way.

During these observations, they detected flares of infrared radiation emitting from the disc of matter surrounding the space where Sagittarius A* is thought to reside. According to an ESO press release, these flares confirm the supermassive black hole's existence.

Not only do the flares let us know that we were right about Sagittarius A*, they're also our best look yet at material orbiting so closely to any black hole.

"It's mind-boggling to actually witness material orbiting a massive black hole at 30 percent of the speed of light," researcher Oliver Pfuhl said in the press release. He also said that the instrument's "tremendous sensitivity has allowed us to observe the accretion processes in real time in unprecedented detail."

Now that we have confirmation of Sagittarius A*'s existence, scientists have the opportunity to learn more about these volatile phenomenon by studying the one in our cosmic backyard.

Black Hole Snapshot
Scientists Release Image of Black Hole at Center of Our Galaxy
5. 12. 22
Read More
Star War
Scientists Are Trying to Figure Out How to Kill Stars with Black Holes
11. 29. 21
Read More
EHT Tu, Black Hole
Astronomers Release Stunning New Image of Black Hole
3. 24. 21
Read More
+Social+Newsletter
TopicsAbout UsContact Us
Copyright ©, Camden Media Inc All Rights Reserved. See our User Agreement, Privacy Policy and Data Use Policy. The material on this site may not be reproduced, distributed, transmitted, cached or otherwise used, except with prior written permission of Futurism. Articles may contain affiliate links which enable us to share in the revenue of any purchases made.
Fonts by Typekit and Monotype.