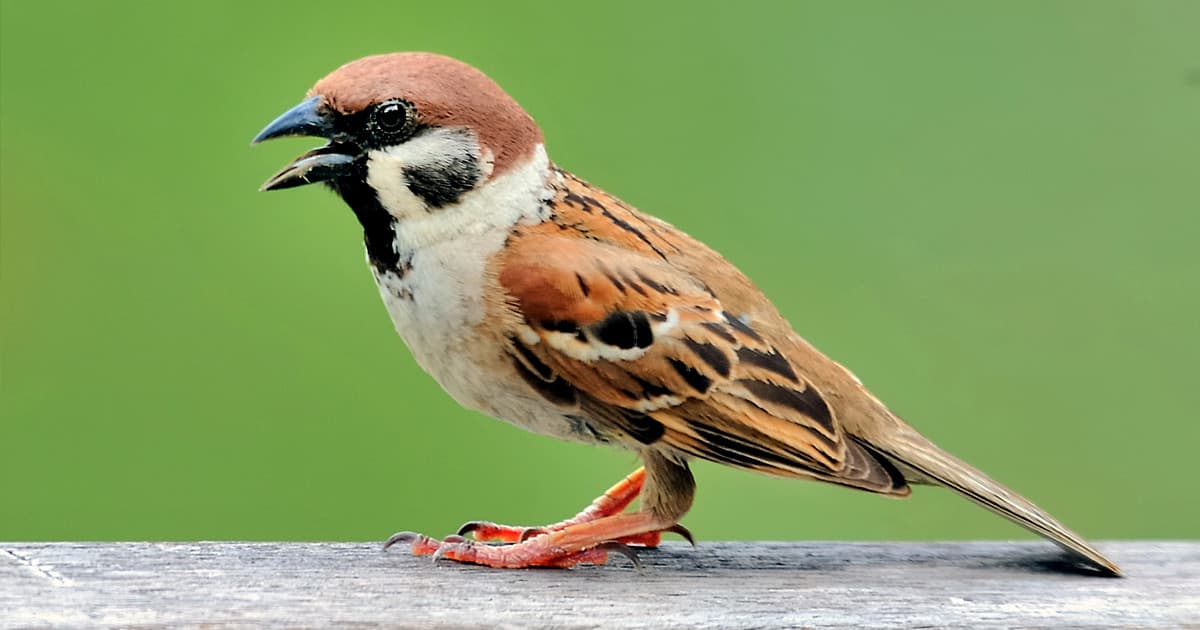 Birds Learned a New Song During the Pandemic

The white-crowned sparrow sang differently as the world quieted down.

The white-crowned sparrow sang differently as the world quieted down.

As San Francisco went into pandemic lockdown and locals found new projects to pass the time, so too did birds in the area.

New research shows that the white-crowned sparrow, a bird that lives in both urban and rural areas, responded to the sudden peace and quiet by learning a new song, Wired reports. Now that it doesn't have to scream over the noises of the city, it can focus on the complexity of its call — a fascinating illustration of how our pandemic response has changed the world around us.

To adapt to the San Francisco area, city-slicker sparrows sacrificed the quality of their song so that they could get loud enough to be heard. But with less noise around, the sparrows gradually adopted the more intricate — and appealing to mates — song of their rural counterparts, according to research published Thursday in the journal Science.

"The pandemic has been terrible in a lot of ways," University of Tennessee behavioral ecologist and lead author Elizabeth Derryberry told Wired. "But as a scientist, there's sort of this exciting opportunity for a natural experiment there: We remove noise from a whole soundscape and see what happens."

The research comes from an unprecedented opportunity to study animal adaptation. Scientists have introduced birds to louder volumes, but couldn't take them lower than an existing baseline. So when the sparrows actually got quieter than expected, it challenged a lot of ornithologists' assumptions.

"Even though they sing more softly, you can hear birds at a greater distance now," Derryberry told Wired.

READ MORE: How the Pandemic Transformed This Songbird’s Call [Wired]

More on the pandemic: Thanks To COVID, the Earth's Surface Is Shaking 50 Percent Less

From Our Partners
Use Natural Light To Guide Your Way With This Bio-Orb
10. 22. 21
Read More
From Our Partners
Pandemic Healthcare Innovation Led To Wearable Treatments
9. 27. 21
Read More
From Our Partners
Get Up Close With This 7" Digital USB Microscope That's On Sale For Over 30% Off
9. 16. 21
Read More
+Social+Newsletter
TopicsAbout UsContact Us
Copyright ©, Camden Media Inc All Rights Reserved. See our User Agreement, Privacy Policy and Data Use Policy. The material on this site may not be reproduced, distributed, transmitted, cached or otherwise used, except with prior written permission of Futurism. Fonts by Typekit and Monotype.