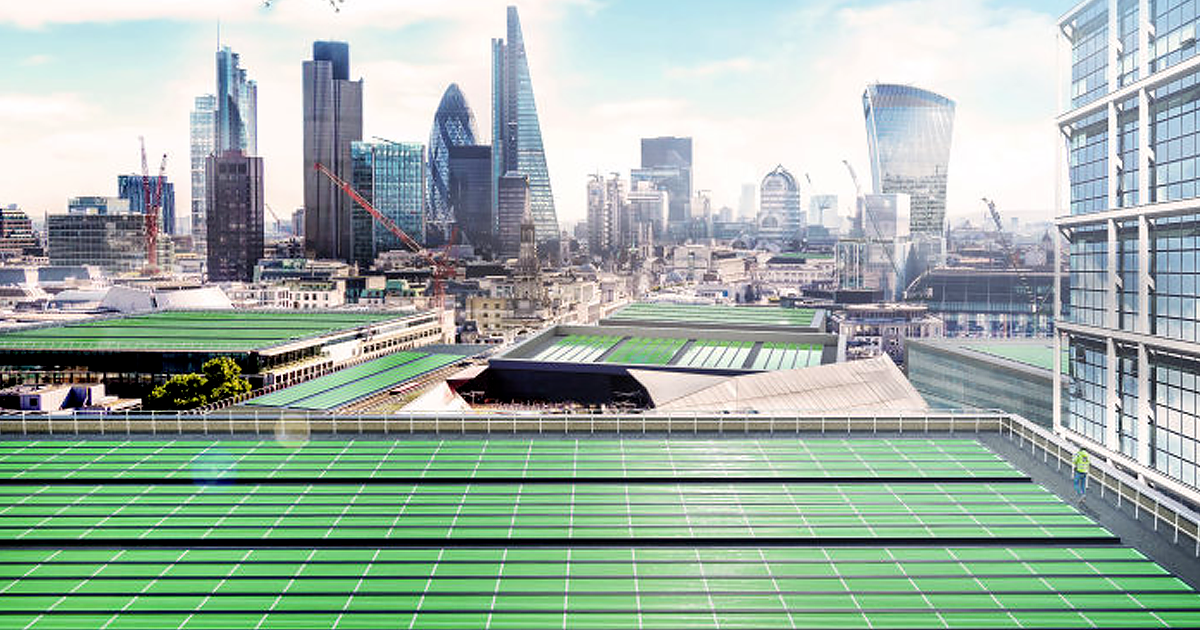 British startup Arborea is launching a pilot project on an Imperial College London campus to test out its "BioSolar Leaf" technology.

The first-of-its-kind system uses microscopic plants to remove pollution from the air while simultaneously producing food ingredients — meaning it could not only help fight carbon emissions, but address hunger in the process.

Arborea's system involves growing microscopic plants, such as microalgae or phytoplankton, on solar panel-like structures that can be installed practically anywhere solar panels would go.

With photosynthesis, these plants remove carbon dioxide from the air while generating oxygen. According to the startup's website, just one acre of their system does as much to clean the air as 100 acres of trees.

Cleaning the air is just one benefit of the BioSolar Leaf technology, though — the microscopic plants also produce an organic protein that Arborea extracts and uses to create plant-based food products.

More on air pollution: A Houseplant With Rabbit DNA Could Purify the Air in Your Home

Hidden City
NYC's Greenery Eats Up All the CO2 From Its Cars, Trucks and Buses "And Then Some"
Jan 6
Read More
Circle of Life
Hooray! The Great Pacific Garbage Patch Has Become a Thriving Ecosystem, Scientists Say
5. 1. 22
Read More
Sinking City
Indonesia Is Switching Capital Cities Because the Old One Is Sinking Into the Ocean
1. 28. 22
Read More
+Social+Newsletter
TopicsAbout UsContact Us
Copyright ©, Camden Media Inc All Rights Reserved. See our User Agreement, Privacy Policy and Data Use Policy. The material on this site may not be reproduced, distributed, transmitted, cached or otherwise used, except with prior written permission of Futurism. Articles may contain affiliate links which enable us to share in the revenue of any purchases made.
Fonts by Typekit and Monotype.