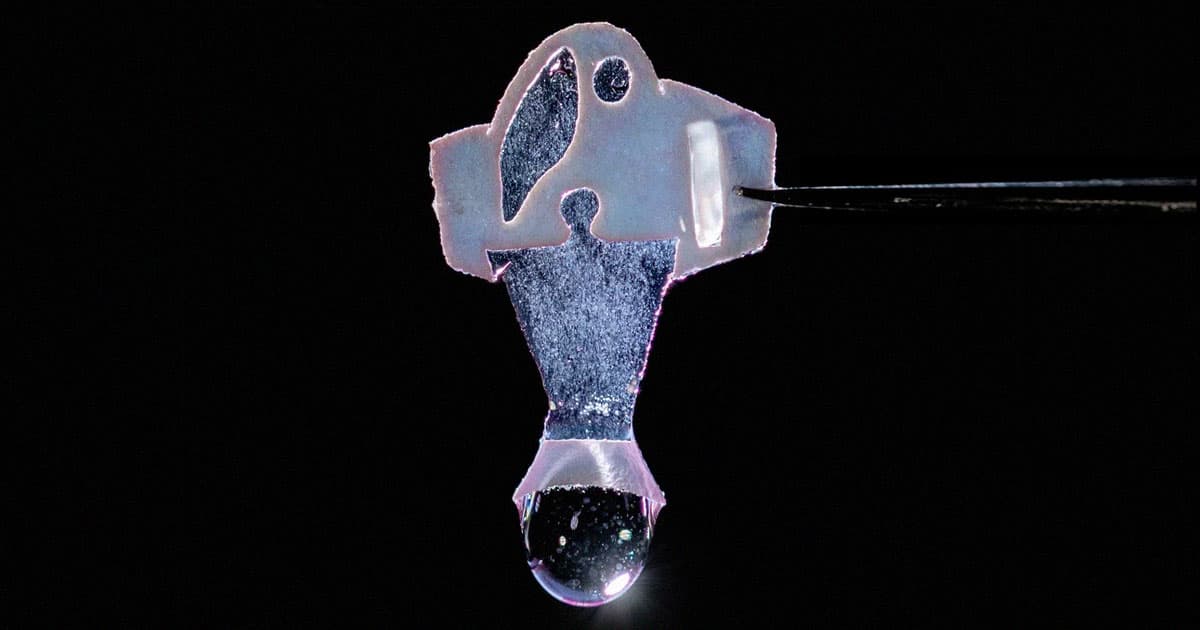 "When we opened the incubator, all of the fish were kind of swimming by themselves."

"When we opened the incubator, all of the fish were kind of swimming by themselves."

A team of scientists from Harvard and Emory University created 500 "biohybrid" fish that had their tail fins lined with human heart cells, CNET reports.

The goal wasn't to create the aquarium of the future, but to study human heart cells and the rhythm of their beats.

The tiny structures sat unattended for a while in a lab. But then, to the scientists' delight, the small fish jumped to life.

"We basically stored them in our incubator, and then we totally forgot about them for two or three weeks," Sung-Jin Park, a former postdoctoral fellow at Harvard and co-author of a study about the project published this week in the journal Science, told CNET. "When we opened the incubator, all of the fish were kind of swimming by themselves."

The strange fish "swam" freely in a pool of nutrients for roughly 100 days while the scientists tracked their movements. As heart cells are wont to do, they contracted and stretched repeatedly, causing their tail fins to move back and forth.

"We don't need any external stimulation," Park told CNET. "They stimulate themselves, they exercise by themselves and they get stronger."

Park has big ambitions and is hoping to eventually send "this kind of biohybrid robotic system to space," as he told the publication, arguing it'd be a highly effective way to study microgravity-induced muscle atrophy, something that's been plaguing astronauts who spend extended periods of time in space.

The team still has one substantial hurdle to overcome: they have no control over when their heart cells beat. But for now, they're hoping the study could lead to better pacemakers or even artificial hearts.

READ MORE: Scientists built a fish out of human heart cells and watched it swim with each beat [CNET]