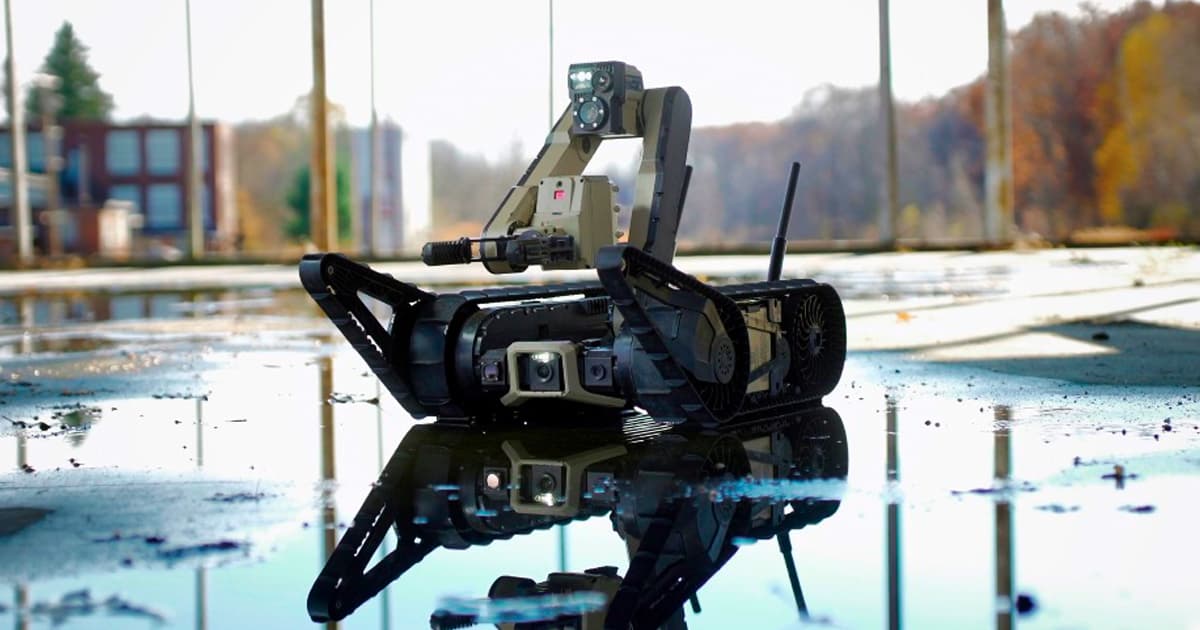 The Pentagon Wants to Buy Thousands of Battlefield Robots

"My personal estimate is that robots will play a significant role in combat."

"My personal estimate is that robots will play a significant role in combat."

Robotics manufacturers are scrambling for more than a half billion dollars in Pentagon contracts for battlefield robots that will defuse bombs and scout ahead for soldiers on the battlefield.

That's according to a new Associated Press report about the U.S. military's efforts to purchase thousands of "backpack-sized" robots that troops can deploy to take bullets in dangerous situations — and its fear that it could be outpaced by similar efforts by China and Russia.

These battlefield robots aren't killer bots capable of using lethal force autonomously, a class of machine that is currently being debated worldwide.

Rather, U.S. military leaders are interested in intermediary devices like Endeavor Robotics' treadmill-sporting Centaur bot, which can perform reconnaissance and disable explosives — bots that soldiers can put in harm's way instead of themselves.

The investments are driven in part by a fear that international adversaries could come to dominate battlefield robotics. During a May senate hearing, according to the AP, Army Chief of Staff Mark Milley warned that China and Russia "are investing heavily and very quickly" in air, sea, and ground bots.

"My personal estimate," Milley said, "is that robots will play a significant role in combat inside of a decade or a decade and a half."

"Hoodwinked"
New Pentagon Group Accused of Trying to "Bury" UFOs Again
12. 3. 21
Read More
Diner Drama
People Furious at Robot Serving Pancakes at Denny's
11. 28. 21
Read More
Killer Robot Update
Uh Oh, They Strapped a Sniper Rifle to a Robot Dog
10. 12. 21
Read More
+Social+Newsletter
TopicsAbout UsContact Us
Copyright ©, Camden Media Inc All Rights Reserved. See our User Agreement, Privacy Policy and Data Use Policy. The material on this site may not be reproduced, distributed, transmitted, cached or otherwise used, except with prior written permission of Futurism. Articles may contain affiliate links which enable us to share in the revenue of any purchases made.
Fonts by Typekit and Monotype.