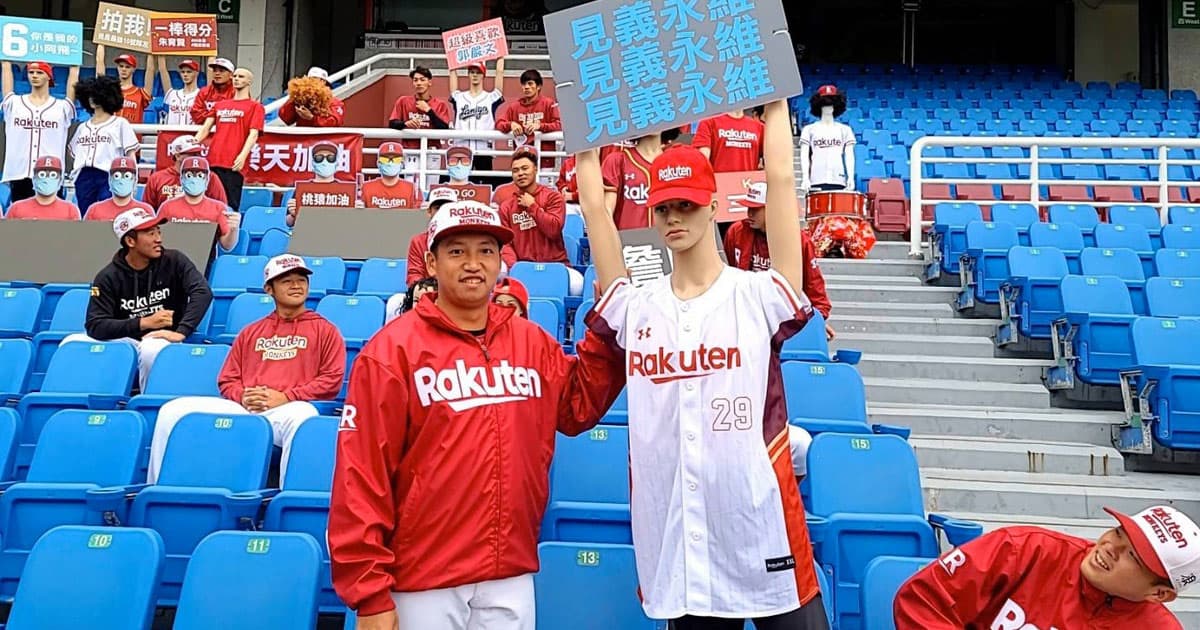 A Baseball Team Is Filling Its Stadium With 500 Robot Spectators

"Next-level creepy but this is what it's come to, folks."

"Next-level creepy but this is what it's come to, folks."

Baseball fans in Asia are still not allowed to leave their homes and cheer on their favorite team at the stadium — despite the fact that the Chinese Professional Baseball League (CPBL) is about to resume operations this Saturday.

So Taiwan's CPBL team, the Rakuten Monkeys, decided to get creative to keep them company in an otherwise empty stadium: by putting up "robot mannequins" in the stands dressed as fans, sports site 12Up reports.

The 2020 Chinese Basketball League starts on April 11 behind closed doors.

The Rakuten Monkeys just announced that they will have robot mannequins in the stands dressed up as fans.

Next-level creepy but this is what it's come to, folks. pic.twitter.com/QnjYHxrgbo

"Next-level creepy but this is what it's come to, folks," wrote Axios sports editor Kendall Baker in a tweet, captioning an imaging of a particularly post-apocalyptic looking stand filled with lifeless mannequins holding red signs.

"Since we are not allowed to have any fans in attendance, we might as well have some fun with it," said Monkeys general manager Justin Liu, as quoted by CPBL Stats. “We went with 500 robot mannequins to comply with the current CDC guideline."

What exactly these bots are capable of doing, beyond just looking into the void, is still unclear.

The news comes after Major League Baseball announced it's in discussions right now with federal health officials to possibly have players in training camps by May.

Plans for playing socially distanced games of baseball would include a lack of mound visits and an electronic strike zone to keep umpires six feet away from the action, according to The Score.

READ MORE: Taiwanese Baseball Team Will Use Dressed-Up Robots Instead of Fans When Season Begins This Weekend [12Up]

More on the pandemic: Scientists Are Spying on Google Searches to Track the Coronavirus

Dealbreaker
Shocker: Elon Musk's Twitter Deal May Already Be Falling Apart
Apr 28
Read More
Walls Up
China Is Building a Huge New Wall to Allegedly Keep COVID Out
Feb 3
Read More
Sympathy for the Devil
Vegan Anti-Vaxxer Dies of COVID After Opposing Vaccine Animal Testing
11. 29. 21
Read More
+Social+Newsletter
TopicsAbout UsContact Us
Copyright ©, Camden Media Inc All Rights Reserved. See our User Agreement, Privacy Policy and Data Use Policy. The material on this site may not be reproduced, distributed, transmitted, cached or otherwise used, except with prior written permission of Futurism. Fonts by Typekit and Monotype.