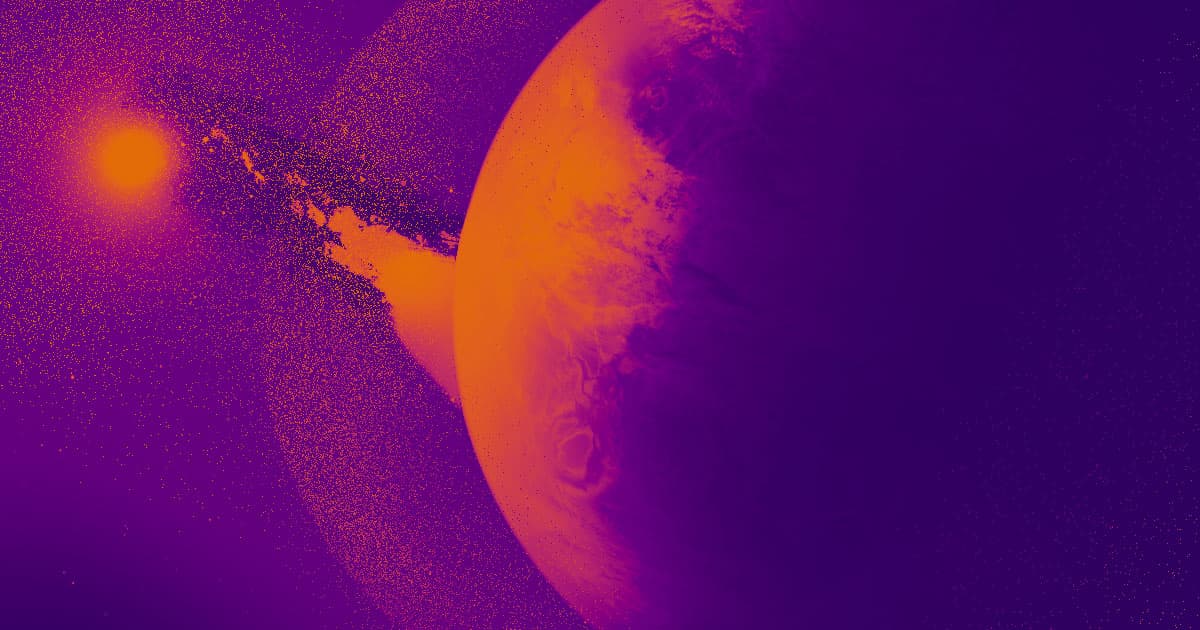 Astronomers Are Watching as a Neptune-Sized Exoplanet Disintegrates

K2-22b is one of just three exoplanets known to be actively crumbling apart.

K2-22b is one of just three exoplanets known to be actively crumbling apart.

About 800 light years away, a massive exoplanet is having a hard time keeping itself together. And we mean that literally — K2-22b has been crumbling into pieces since before astronomers first discovered the Neptune-sized rocky planet back in 2015.

Scientists have since periodically tracked K2-22b's decay to learn more about how and why some planets disintegrate as they orbit. Research recently published in The Astronomical Journal tracks the evolution of the planet's transit around its star — one "year" on K2-22b is currently just nine hours — as it falls apart.

One in a Thousand

Of the roughly 3,800 exoplanets confirmed to exist, K2-22b is one of just three that have begun to disintegrate.

Because planetary disintegration is such a rare occurrence, the astronomers watching K2-22b are hoping to learn as much as they can about how and why it's happening before the distant planet reaches its inevitable end.

Because they've found so few disintegrating exoplanets, astronomers are largely limited to observing what's happening as they see it. This time, they found not only a comet-like trail of matter falling off the planet, but a trail of dust-like material in front of it as well.

But the scientists want to be able to learn more, and the research concludes that learning as much as they can through continuous observation of K2-22b would be a valuable endeavor — who knows when they'll get another chance to watch a planet crumble apart.

Astronaut Drip
We Just Got the First Peek at NASA's Artemis Moon Landing Suits
Jun 3
Read More
Space Invaders
Study: There May Be as Many as Four Evil Civilizations in Our Galaxy
Jun 1
Read More
Blast Off
Former Astronaut Details Quest to Grow Cannabinoids in Space
Apr 20
Read More
+Social+Newsletter
TopicsAbout UsContact Us
Copyright ©, Camden Media Inc All Rights Reserved. See our User Agreement, Privacy Policy and Data Use Policy. The material on this site may not be reproduced, distributed, transmitted, cached or otherwise used, except with prior written permission of Futurism. Fonts by Typekit and Monotype.