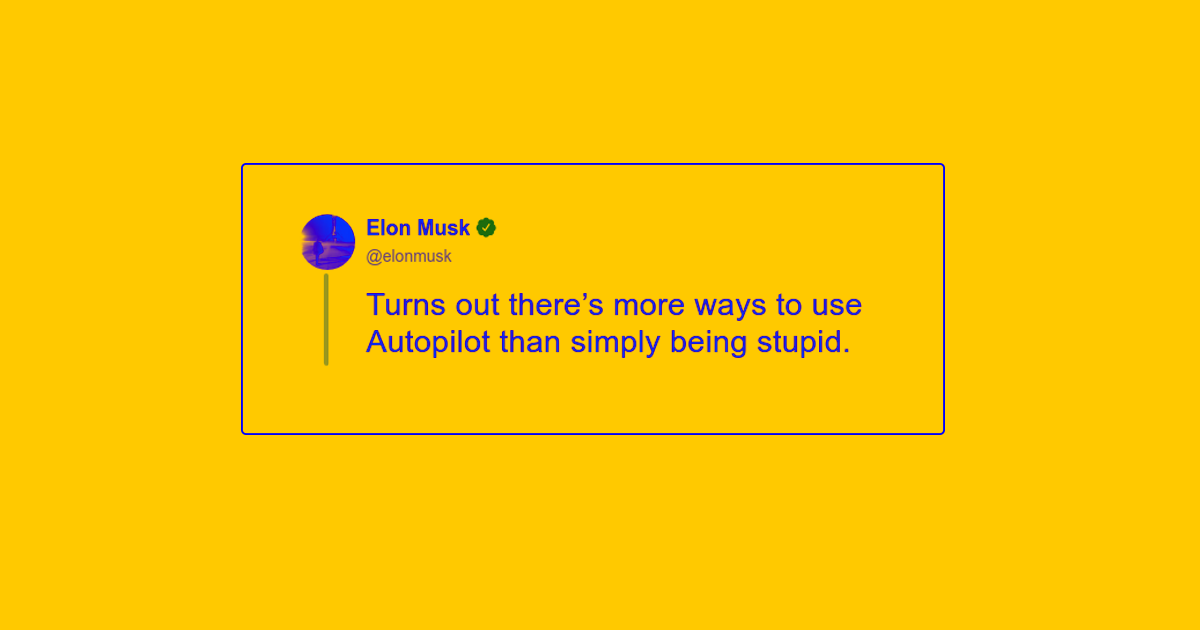 We Asked an AI to Finish Real Elon Musk Tweets

"Changing Tesla's horn to be silent."

"Changing Tesla's horn to be silent."

We've written previously about Talk to Transformer, a site by OpenAI that uses a sophisticated artificial intelligence to complete passages of text with surprisingly deft context.

Close news watchers will recall that Elon Musk, CEO of Tesla and SpaceX, co-founded OpenAI, but decided to part ways with the company earlier this year, pointing to disagreements with its direction — which is why we thought it would be fun to run some of the eccentric billionaire's most iconic tweets through Talk to Transformer.

Musk announced some exciting news about the Boring Company today — but Neural Musk had different ideas for the tunnel-digging venture:

Remember when Musk suggested adding dragon wings to SpaceX's Starship? The AI has another plan:

Musk's riff on a dirty Tesla video was also no match for Neural Musk:

This was the tweet that led to the Boring Company — until Neural Musk put a Trumpian spin on it:

Musk recently joked about changing the Tesla horn sound. But his vision was no match for Neural Musk's galaxy-brain concept:

Recall that beautiful render of Starship on the Moon? Neural Musk has bad news for its passengers: