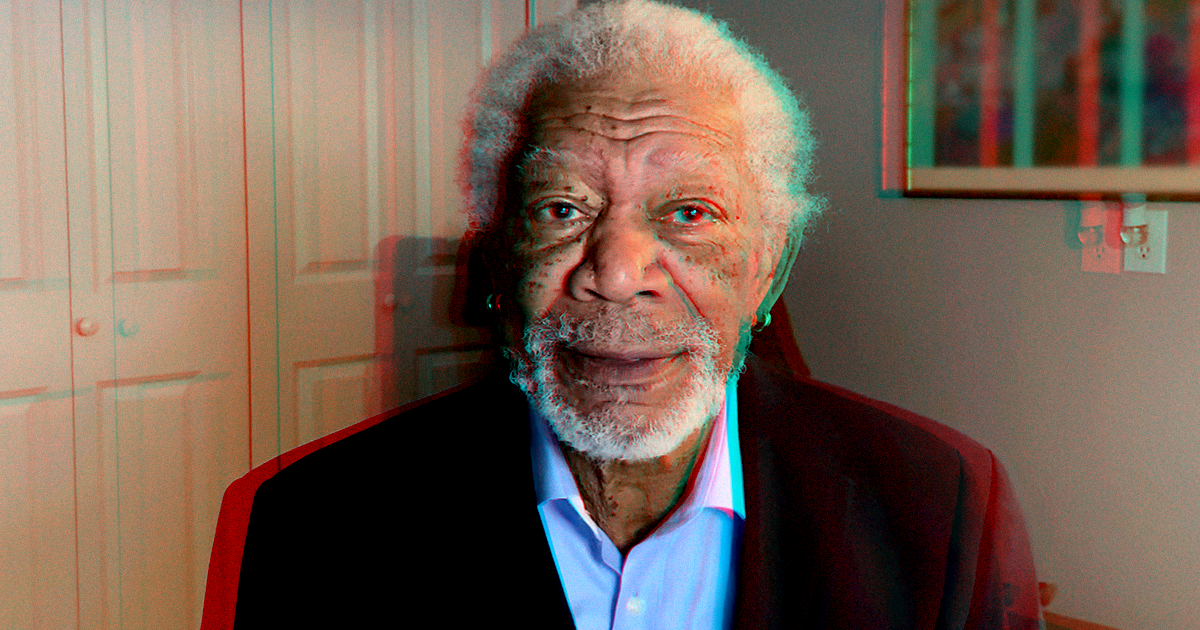 A new voice app transforms anybody's voice into the iconic, sonorous locution of Morgan Freeman, an impressive example of artificial intelligence-powered tech — and the potential for hijinks, needless to say, is off the charts.

The new Voicemod AI Voices beta includes a number of new voices, including the voice of the iconic actor, a pilot, or the disembodied futuristic voice of a "Mothership" spacecraft, as demonstrated in a promotional video.

Best of all, the feature works in real time, which means you can turn your own voice into any of these other voices on the fly while you're live streaming on Twitch or chatting with friends on Discord.

Voicemod trained its AI with the help of professional voice actors, who read scripts to generate input for the models. Sound engineers then turned the data into a dynamic voice.

The company behind the app is now taking applications for early "priority access" to its AI Voices beta, in case you can't wait to surprise your friends with an impromptu Morgan Freeman cameo.

Being able to completely change our voice, however, comes with a much darker side as well, not unlike the use of deepfakes. For instance, cloned voices could be used to commit fraud or bully others.

On the other hand, AI voice tools like Voicemod could also be a boon to those with voice disorders, or even be of benefit to trans gamers, as The Verge points out.

Bottom line? It's no longer just faces that can be turned into the likeness of celebrities. In fact, we're already living in a future in which both our faces and voices can be transformed simultaneously on the fly — a terrifying or fascinating reality, depending on how you look at it.

More on AI voices: This AI That Sounds Just Like Joe Rogan Should Terrify Us All

MSNBS
MSN Deletes Fake News About Mermaids and Bigfoot, Runs New Story About Haunted Ventriloquist Dummy
Tuesday
Read More
Much Appreciated
OpenAI's New AI Offers Detailed Instructions on How to Shoplift
Dec 3
Read More
Shooting Feet
After Saying He Wanted an Open Algorithm, Elon Musk Just Fired the Twitter Team Responsible for Doing Just That
Nov 4
Read More
+Social+Newsletter
TopicsAbout UsContact Us
Copyright ©, Camden Media Inc All Rights Reserved. See our User Agreement, Privacy Policy and Data Use Policy. The material on this site may not be reproduced, distributed, transmitted, cached or otherwise used, except with prior written permission of Futurism. Articles may contain affiliate links which enable us to share in the revenue of any purchases made.
Fonts by Typekit and Monotype.