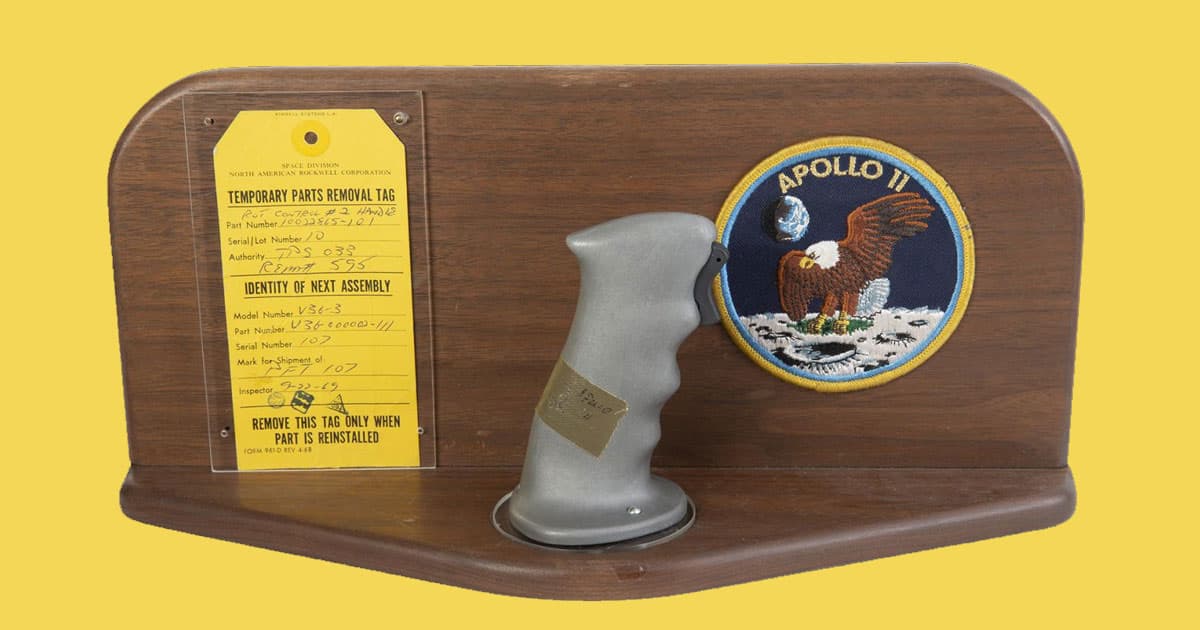 Houston, we have an auction!

Houston, we have an auction!

Three historic joysticks used to control NASA's Apollo 11 command module, Columbia, just sold for more than $780,000 at an auction over the weekend — against the wishes of the space agency itself, as Space.com reports.

An official description on the auction house's website advertised the sale as including "some of the most important pieces used in space exploration including the actual pilot control stick used by Neil Armstrong on the Apollo 11 flight to the moon."

The command module, piloted by Michael Collins, flew the Apollo 11 lunar module to orbit around the Moon, with pilots Buzz Aldrin and Neil Armstrong inside.

The joysticks themselves were used to control Columbia when docking with the lunar module Eagle. They were initially offered to the three astronauts months after mission completion, but the crew refused the gifts, according to Space.com.

A NASA employee discovered the three joysticks decades later at the Johnson Space Center in Houston and took them home, Collect Space reports. The employee then sold them at auction to a collector.

In 2013, one of the joysticks would've been sold at auction in Boston, but NASA made sure that didn't happen, requesting to have the item donated to a museum instead. Three years later, NASA gave up.

A handrail used during extravehicular activity during the Apollo 11 mission also went on sale at an auction in 2000, selling for $34,500, according to Collect Space.

[lol] More on Apollo 11: Celebrate the 50th Anniversary of the Moon Landing by Owning a Piece of the Apollo 11 Command Module