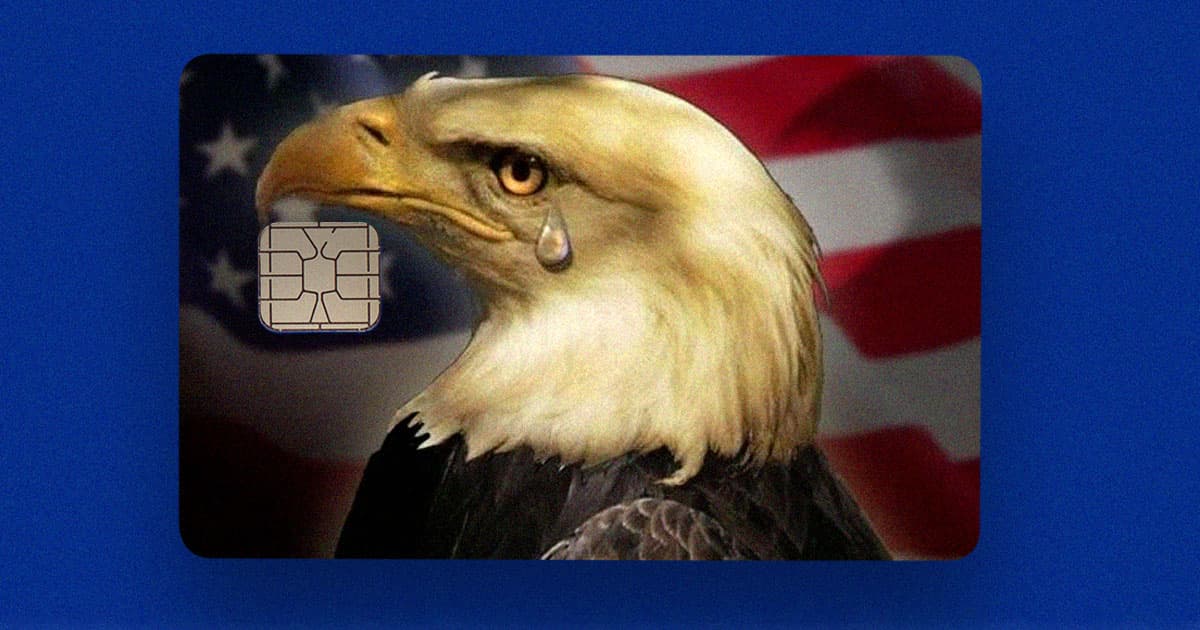 What an absolute disaster.

What an absolute disaster.

An "anti-woke" bank, which tried to woo customers who think Wall Street is too liberal, has imploded and almost went bankrupt shortly after launching, The Wall Street Journal reports.

Despite backing from big-name investor billionaires including Ken Griffin and Peter Thiel, the startup — called GloriFi — descended into chaos within a matter of months, according to the WSJ's reporting, with investors' money rapidly drying up.

GloriFi touts itself as a place for blue collar "pro-American values" people, who want to experience unfettered freedom to "celebrate your love of God and country," according to the company's website.

Founder Toby Neugebauer said he wanted to target those who didn't want to do business with large banks that became too progressive, divesting from industries like coal mining, guns, and the private prison system.

"It is about my friends that played football at ‘Friday Night Lights,'" Neugebauer told the WSJ. "And they don’t feel loved. They don’t feel respected."

The company has been off to a rough start, though.

Staff had to work from Neugebauer's 16,000-square-foot mansion in Dallas, for one thing. According to the report, staffers complained about Neugebauer, who they said was volatile and had a drinking problem ("The attacks on what I do in my home after 5 p.m. are beneath" the WSJ, he told the paper.)

GloriFi failed to meet its own deadlines, with contracting insurance company Unqork filing a lawsuit against the startup, claiming an alleged breach of contract. According to lawsuit documentation viewed by the WSJ, an unnamed GloriFi manager was seen on camera "in a state of undress, on a bed with a companion who was similarly in a state of undress" following a conference call with Unqork.

That wasn't its only snafu; a plan to build credit cards out of the same material as shell casing fell apart, according to the WSJ, when the material turned out to interfere with chips and be too thick for point-of-sale systems.

In March, Neugebauer informed investors the startup had run out of cash, and investors were understandably wary to give them any more funds, which resulted in the company coming close to bankruptcy.

GloriFi's fate is still uncertain. In July, the company merged with an acquisition company, which valued it at an astonishing $1.7 billion.

But the company has yet to release any projected earnings or presentation, which isn't exactly surprising, given the circumstances.

Money Walks
Here's How Hackers Stole $15 Million From Mexican Banks
3. 15. 19
Read More
Two of the Middle East's Biggest Banks Have Partnered on a Blockchain Project
10. 18. 16
Read More
Microsoft Just Struck a Major Blockchain Deal With World's Leading Banks
4. 11. 16
Read More
+Social+Newsletter
TopicsAbout UsContact Us
Copyright ©, Camden Media Inc All Rights Reserved. See our User Agreement, Privacy Policy and Data Use Policy. The material on this site may not be reproduced, distributed, transmitted, cached or otherwise used, except with prior written permission of Futurism. Articles may contain affiliate links which enable us to share in the revenue of any purchases made.
Fonts by Typekit and Monotype.