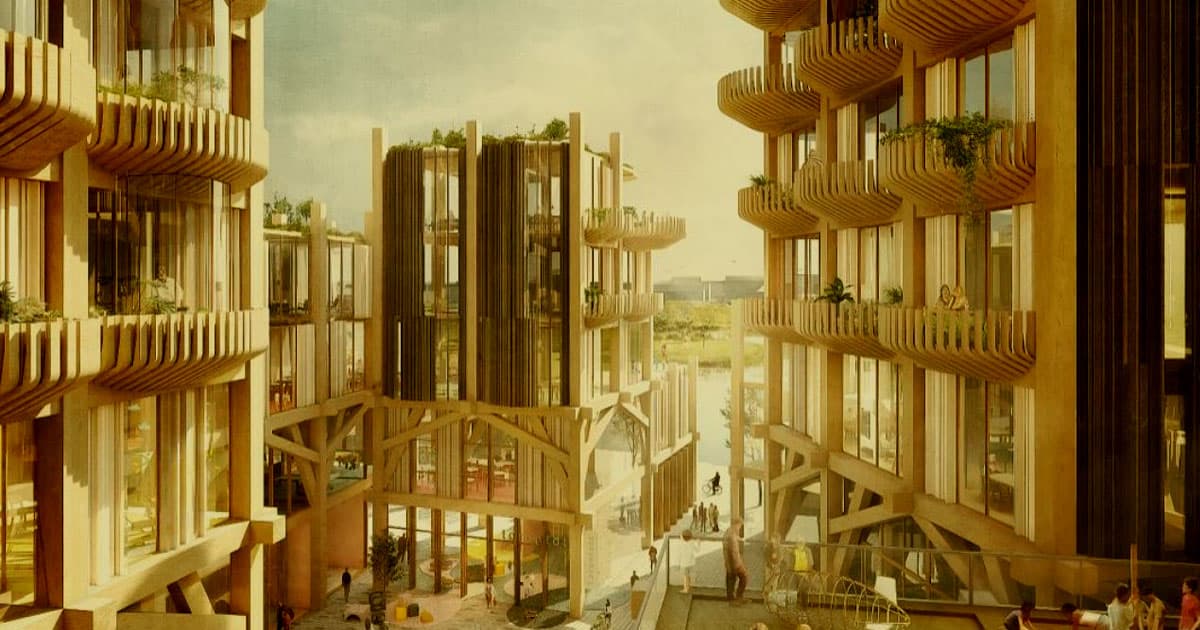 What was meant to be a 12-acre plot redevelopment just turned into something far more ambitious.

What was meant to be a 12-acre plot redevelopment just turned into something far more ambitious.

Smart City Inside a City

Sidewalk Labs wants to turn the area into an "affordable, inclusive community" according to an official website that's focused on smart technology including "digital services that improve quality of life." While the company hasn't outlined exactly what kind of data will be collected — the wording of its plans are quite vague still — many critics have raised concerns over data privacy and security in the past.

The $1.3 billion includes investment in a tall timber factory, which would make timber construction materials for the first houses. It also includes "optional credit financing" to speed up the building of a light rail connection to the waterfront.

As for the people moving in, some 50 percent of all housing units would be rentals, 40 percent of which would fall below-market rates.

The company is promising that its plans will create some 44,000 jobs and generate billions in annual tax revenue while increasing Canada's GDP, as the Toronto Star reports.

But there are plenty of critics of Sidewalk Labs' massive plans: some are calling into question what kind of data will be collected of the neighborhood's new residents, whose hands that data will into, and how it will affect their privacy.

Public advocate group Waterfront Toronto called the proposal for turning 190 acres — a far cry from what was supposed to be a redevelopment of a 12-acre site called Quayside — "premature," calling for Sidewalk Labs to start with the 12-acre plot and have "goals and objectives achieved" there first in a public letter.

Critics also raised concerns over the lack of public transit to the site — and to Waterfront Toronto that's a requirement "prior to development."

How Women-Startup Founders Are Building Better Cities [Sponsored]
8. 31. 18
Read More
Hackers Are Holding The City of Atlanta Hostage
3. 27. 18
Read More
Panasonic's Grand Plan for a Futuristic Smart City is Taking Shape
1. 14. 18
Read More
+Social+Newsletter
TopicsAbout UsContact Us
Copyright ©, Camden Media Inc All Rights Reserved. See our User Agreement, Privacy Policy and Data Use Policy. The material on this site may not be reproduced, distributed, transmitted, cached or otherwise used, except with prior written permission of Futurism. Articles may contain affiliate links which enable us to share in the revenue of any purchases made.
Fonts by Typekit and Monotype.