Switzerland Is Building a Vertical Forest 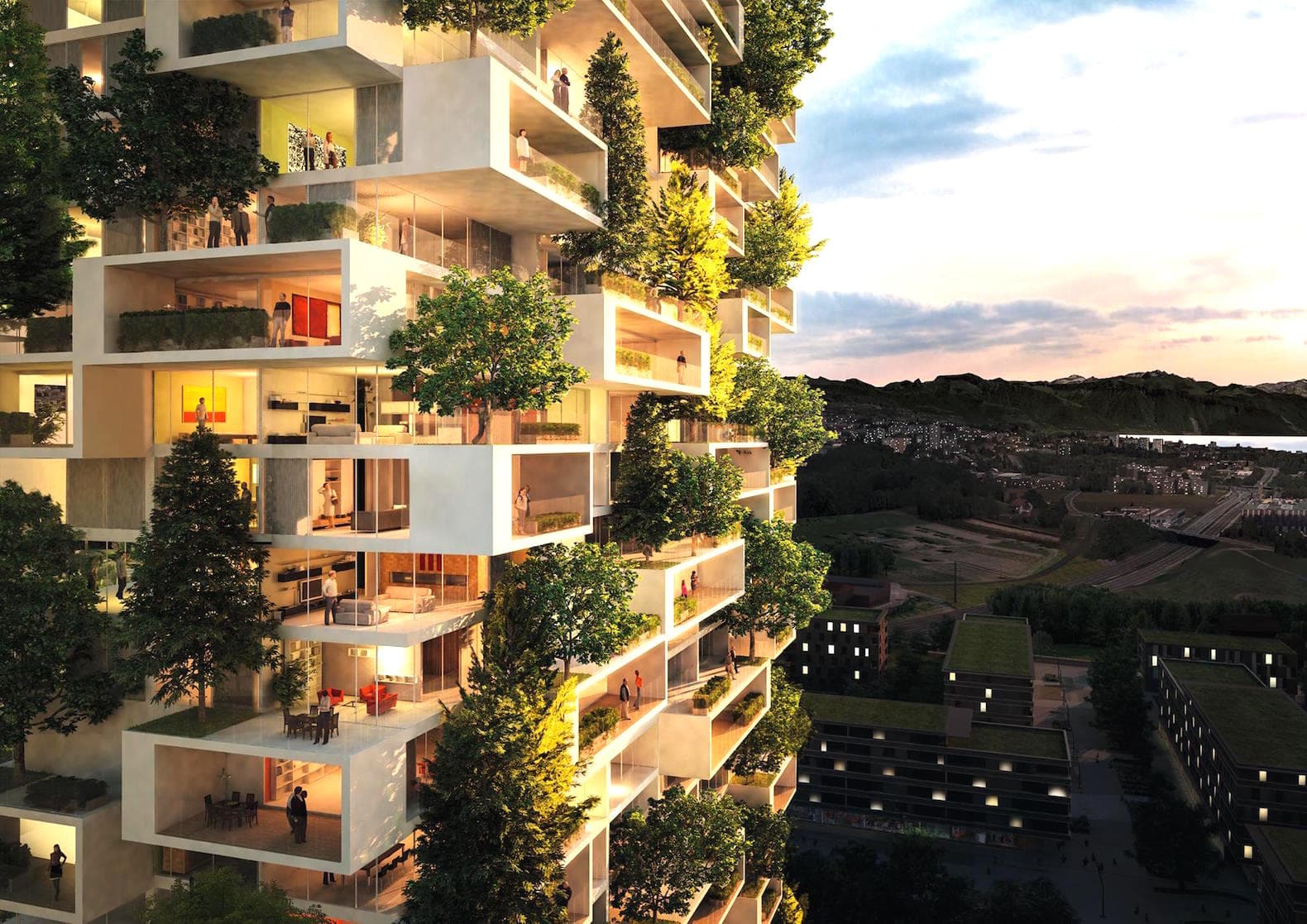 Switzerland is planning to build a tower that will be over a 100 meters (384 feet) tall, and its façade will support around 3,000 square meters (10,000 square feet) of plant-life, from giant cedars to tiny shrubs. The architects behind the project hope that the residential tower will filter air pollution, produce more oxygen, protect against the urban "heat island" effect, and even promote biodiversity. The greenery could also help to regulate the temperature and noise levels inside the units themselves.

This “vertical forest” was designed by Stefano Boeri Architetti, the same Italian firm behind “Bosco Verticale,” a pair of tree-enshrined buildings that opened last year in Milan. The tower, which is planned to rise Lausanne in 2017, is named “La Tour des Cedres” after the architects’ vision to install over 100 cedar trees on the structure.

But Will it Work?

De Chant wrote a post voicing his thoughts—namely, his concerns—regarding the concept’s feasibility. De Chant has fears related to the logistics involved with maintaining the small forest outside of its natural environment, such as ensuring proper water and filtration. He also has concerns that plant parts, such as branches or even entire trees, could become unstable and fall from hundreds of feet.

De Chant ultimately states that he sees the concept a little more than a publicity stunt. He writes that it’s, "a way to make your building feel sustainable without necessarily being so." He calculates that if you took the estimated $4.25 million that it cost to include trees on the vertical forest, you could restore at least 2,125 acres of horizontal forest. In contrast, the Bosco Verticale will host a mere 2.5 acres.

Read This Next
Futurism
This Vertical Village Looks Like A Jungle Towering 36 Stories Into The Sky
More on Sci-Fi Visions
What is Happening
Wednesday on the byte
Elon Musk Sets His Twitter Account to Private
From the Dept. of...
Monday on futurism
The Best Humidifiers of 2023
Human v. Giraffe
Jan 24 on the byte
Chaotic Italian Fashion Line Baffles Facial Recognition Software
READ MORE STORIES ABOUT / Sci-Fi Visions
Keep up.
Subscribe to our daily newsletter to keep in touch with the subjects shaping our future.
+Social+Newsletter
TopicsAbout UsContact Us
Copyright ©, Camden Media Inc All Rights Reserved. See our User Agreement, Privacy Policy and Data Use Policy. The material on this site may not be reproduced, distributed, transmitted, cached or otherwise used, except with prior written permission of Futurism. Articles may contain affiliate links which enable us to share in the revenue of any purchases made.
Fonts by Typekit and Monotype.