Thanks to Supersonic Flight, We May Be Able to Cross the Atlantic in Half the Time 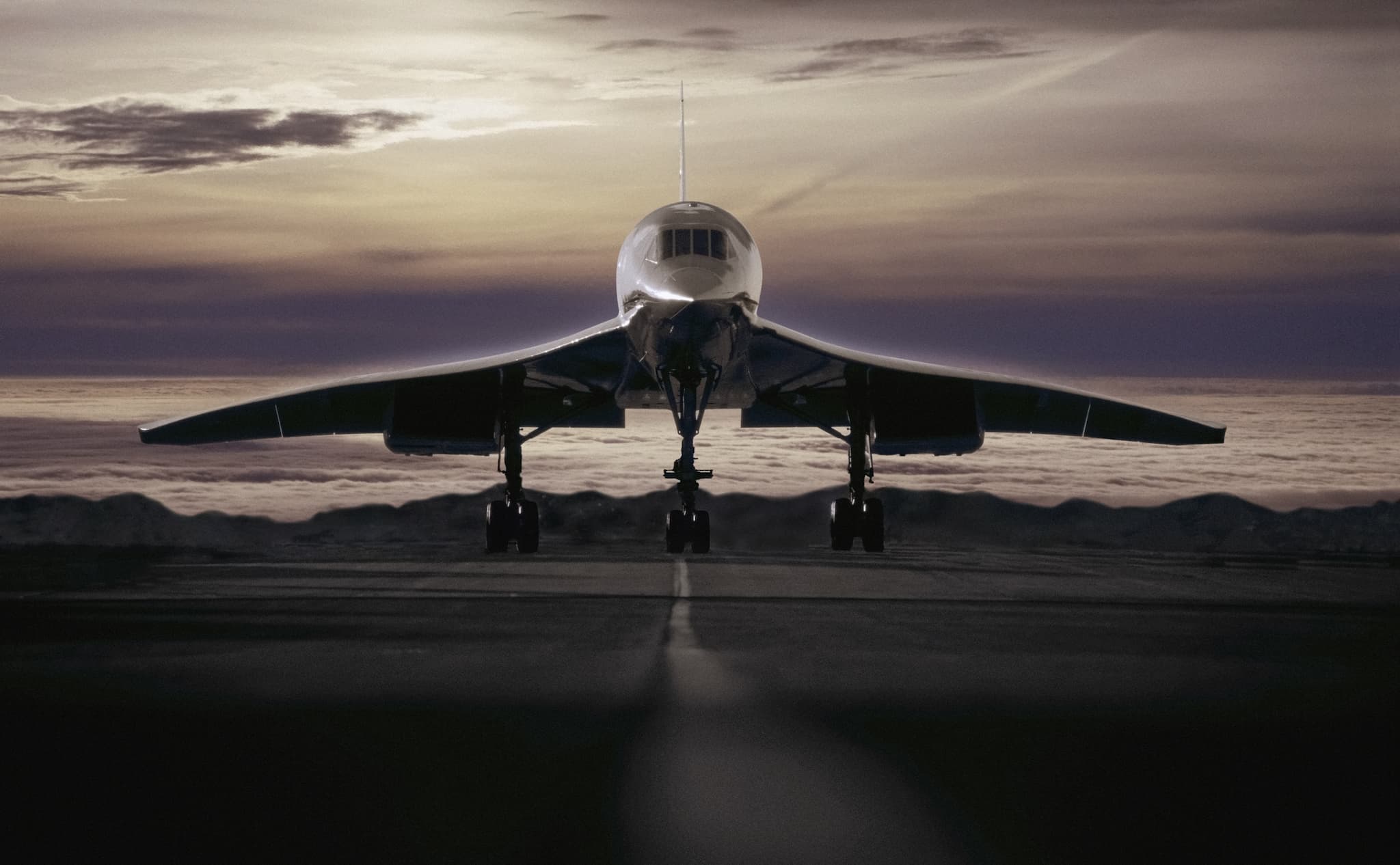 We are one step closer to an affordable reboot of supersonic flight. Japan Airlines (JAL) has invested $10 million in the Denver-based aerospace company, Boom Supersonic, that's planning to resurrect the method of travel. In exchange for their funding, JAL will be able to pre-order 20 of the new aircraft. The airline's president, Yoshiharu Ueki, said in a press release from December 5: "Through this partnership, we hope to contribute to the future of supersonic flight with the intent of providing more time to our valued passengers while emphasizing flight safety."

It's been 14 years since British Airways and Air France grounded their Concorde fleets, and commercial air travel hasn't hit supersonic speeds since. Fourteen of these planes ferried first-class passengers from New York to London at speeds of 1,353 mph (2177.44 kph) — twice as fast as the speed of sound — making the jaunt across the pond in only 3.5 hours. That’s about half the time it takes a normal passenger plane to cross the Atlantic Ocean.

But the supersonic travel industry was hampered by prohibitive costs. Not only did it need four times as much fuel per passenger as a Boeing 747 airbus, but the average cost of a round-trip ticket was $12,000. Passenger numbers also dropped dramatically after the fiery crash of Air France Flight 4590 in Paris killed everyone on board.

"We’ve been working with Japan Airlines behind the scenes for over a year now," said Blake Scholl, founder and CEO of Boom Supersonic in the press release. The companies have been collaborating to improve the plane's design for passengers on board in addition to technical aspects.

JAL is only one of Boom's financial backers. In 2016, British billionaire and founder of the Virgin Group Richard Branson agreed to buy the first 10 of these jets. He also promised that his spaceflight company, Virgin Galactic, would assist with flight test support.

With Branson's and now JAL's support, Boom Supersonic is aiming to build a faster, cheaper version of the Concorde. The company's FAQ says it aims to have its supersonic airliner in service by 2023, designed so it "can operate profitably while charging the same fares as today's business class." These potential cuts to the cost of supersonic flight might make the industry more accessible to less wealthy passengers.

"We are talking about the first supersonic jet people can afford to fly," Scholl told Wired UK earlier this year. "This isn't science fiction. We are actually doing this. You will be able to fly New York to London in three-and-a-half hours for $5,000 (£3,548) return,” he said.

JAL could use their 20 new jets, seating up to 55 passengers each, to plan flights between Tokyo and North America. While a standard flight from San Francisco to Tokyo takes 11 hours, a supersonic jet might make the trip in half the time.

Read This Next
Futurism
We Are Witnessing the Return of Supersonic Travel
Futurism
The World's Fastest Jet Will Fly You From L.A. To Sydney in 6 Hours
More on Advanced Transport
Netflix and Drive
Monday on futurism
Mercedes Claims to Have Achieved Level 3 Automation, Beating Tesla
Battery Trouble
Monday on the byte
Tesla "Spontaneously" Bursts Into Flames While Driving Down Freeway
High Tide
Jan 27 on the byte
We’re in Awe of Amsterdam’s Huge Underwater Bike Parking Garage
READ MORE STORIES ABOUT / Advanced Transport
Keep up.
Subscribe to our daily newsletter to keep in touch with the subjects shaping our future.
+Social+Newsletter
TopicsAbout UsContact Us
Copyright ©, Camden Media Inc All Rights Reserved. See our User Agreement, Privacy Policy and Data Use Policy. The material on this site may not be reproduced, distributed, transmitted, cached or otherwise used, except with prior written permission of Futurism. Articles may contain affiliate links which enable us to share in the revenue of any purchases made.
Fonts by Typekit and Monotype.