No bees, no food. 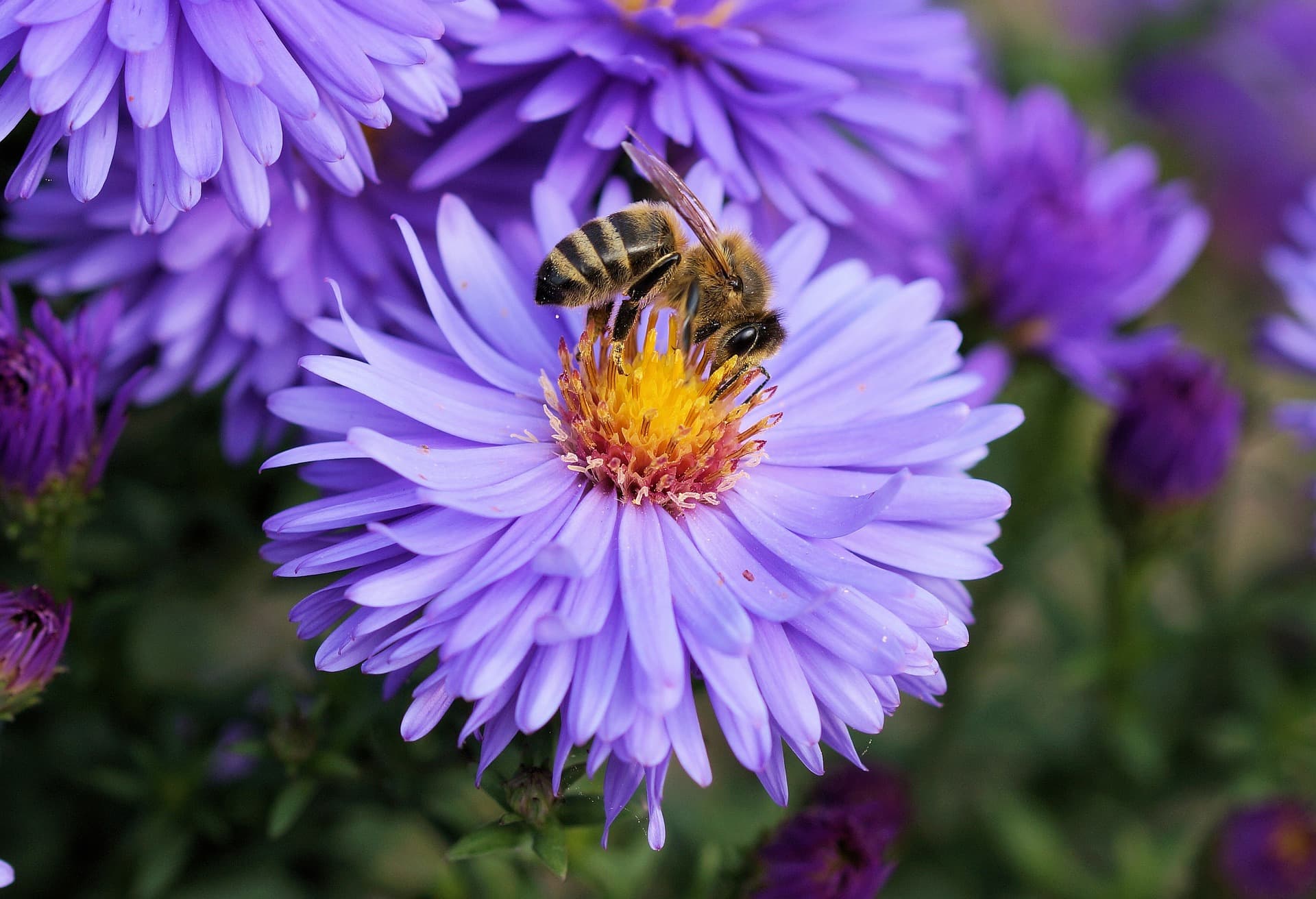 We've suspected for a while that these pesticides might be affecting bees, but it's a tricky subject to study in the lab, where bees might be given unrealistically high doses of pesticide. Now scientists have conducted the largest-ever field trials in Europe and Canada, and the news is bad.

Neonicotinoids are the most widely used class of insecticides in the world. They are chemically similar to nicotine, the compound that plants in the nightshade family have evolved to protect themselves from pests.

Invented in the 1980s, neonicotinoids quickly became a popular crop treatment because they are systemic, which means they circulate through the whole plant and kill bugs as soon as they feast on the crop. And because they linger in the plant's system, one application — sometimes just on the seeds — can be plenty to offer long-term protection.

But these attractive properties for farmers are what makes neonicotinoids such a concern for bee welfare, because a systemic insecticide easily makes its way to the nectar and pollen of a flowering plant.

To measure this potential harm, a team of European researchers established 33 sites growing rapeseed in Germany, Hungary, and the UK. These were randomly assigned to either be treated with one of two choice nicotinoids, or none at all.

The team looked at honeybees and two wild bee species — bumblebees and solitary bees. Results differed between locations and species, but overall they discovered that honeybee hives were less likely to survive over winter, while the wild bees reproduced less.

It's not that the pesticides directly kill bees, the scientists note. Instead, it appears that low-level exposure makes them more vulnerable, especially if there are other environmental factors or diseases already affecting the hive.

"Neonicotinoid applications are thus a kind of reproductive roulette for bees," biodiversity researcher Jeremy Kerr notes in a related perspectives article in Science.

The huge study was actually largely funded by the pesticide industry itself. The companies Bayer Crop Science and Syngenta put up US$3 million for the trial, and both have panned the scientists' conclusions that it would be better to restrict neonicotinoid use.

But these are important results nonetheless, and are likely to inform the European Union's upcoming decision on a potential blanket ban of these pesticides. A temporary ban has already been in place since 2013.

"Our results suggest that even if their use were to be restricted, as in the recent EU moratorium, continued exposure to neonicotinoid residues resulting from their previous widespread use has the potential to impact negatively wild bee persistence in agricultural landscapes," the researchers write in the study.

And that's not even all.

Another field study by researchers in Canada was published in the same issue of Science, also showing negative effects on bees.

The team studied honey bees that either lived close to neonicotinoid-treated corn fields, or far away from agriculture. The results suggested that chronically exposed bees had lower life expectancies and poorer hygiene conditions in the hive.

Additionally, they also discovered that bees collected pollen tainted with the pesticides, but this pollen didn't even come from the treated crops themselves.

"This indicates that neonicotinoids, which are water soluble, spill over from agricultural fields into the surrounding environment, where they are taken up by other plants that are very attractive to bees," says one of the researchers, Nadia Tsvetkov.

The work done by both teams goes a long way to demonstrate that we really are contributing to the worldwide bee decline, way more dramatically than we'd like to admit.

"It's reached a point where it's just not plausible to keep denying these things harm bees in realistic studies," bee researcher Dave Goulson from the University of Sussex told Daniel Cressey at Nature News.

"I'd say it's the final nail in the coffin."

The studies have been published in Science here and here.

Read This Next
Circle of Life
Hooray! The Great Pacific Garbage Patch Has Become a Thriving Ecosystem, Scientists Say
Sinking City
Indonesia Is Switching Capital Cities Because the Old One Is Sinking Into the Ocean
Brands We Love
Cut Plastic Waste With a LastSwab Reusable Swab
Silent Hill
Horrifying "Black Snow" Blankets Russian Towns
Futurism
Environmental Problems Go Hand In Hand With Social Injustice. North Carolina Wants to End That.
More on Earth & Energy
Cow Chow
Yesterday on the byte
Bill Gates Gives $12 Million to Flatulent Australian Cows
Dye in the Water
Yesterday on the byte
Scientists Dye Chunks of Ocean Water Pink for Head-Turning Coastal Experiment
Face/On
Yesterday on the byte
Scientists Found a Dinosaur's Face, Complete With Its Skin
READ MORE STORIES ABOUT / Earth & Energy
Keep up.
Subscribe to our daily newsletter to keep in touch with the subjects shaping our future.
+Social+Newsletter
TopicsAbout UsContact Us
Copyright ©, Camden Media Inc All Rights Reserved. See our User Agreement, Privacy Policy and Data Use Policy. The material on this site may not be reproduced, distributed, transmitted, cached or otherwise used, except with prior written permission of Futurism. Articles may contain affiliate links which enable us to share in the revenue of any purchases made.
Fonts by Typekit and Monotype.