How Putting Advertising on the Blockchain Could Help Save Digital Publishing 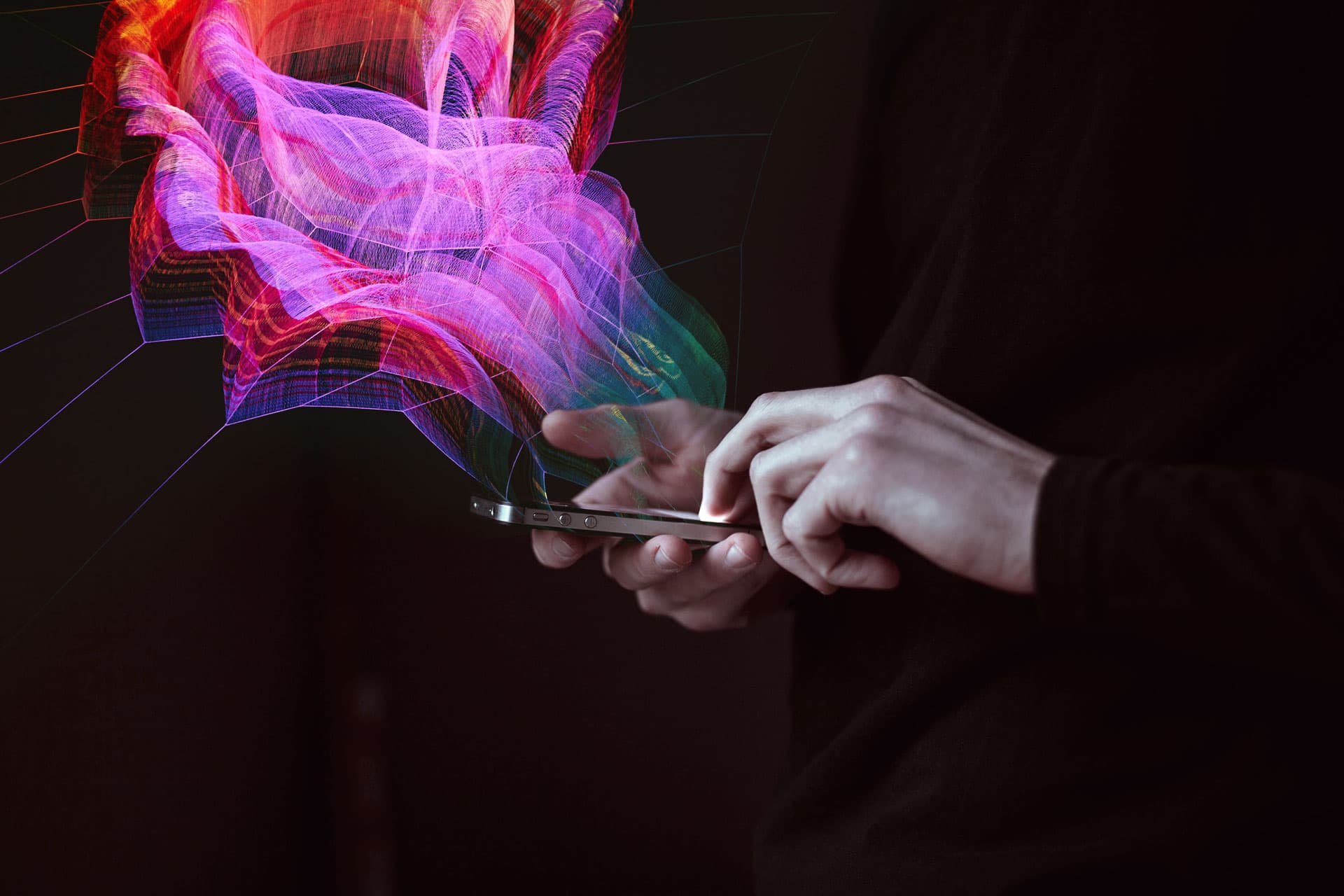 Better, more sustainable information networks could be built on the technology behind Bitcoin.

In 1996, The New York Times became one of the first major news organizations to publish on the web. There was a grand vision for what the paper’s new website would accomplish: “The Web site’s global audience means a larger potential readership... The Times is hoping to become a primary information provider in the computer age and to cut costs for newsprint, delivery, and labor.”

This has, in many ways, worked out for The Times: The paper cracked $1 billion in annual subscription revenue in early February with most of the recent growth coming from digital subscriptions. But once-towering regional newspapers, from the Boston Globe to the Detroit Free Press, have been gutted by the web, with newspaper jobs and revenues crashing. Web-native publishers aren’t necessarily doing a lot better: Last November, Buzzfeed and Vice both missed their revenue targets by a wide margin, and Mashable—despite shifting its focus to video—was sold for a fraction of its previous valuation.

It’s shocking that publishers aren’t making much money, given how much time the public spends consuming their products. In 2017, Americans averaged just under six hours a day viewing digital media on desktop and mobile platforms combined. A lot of that time is spent on social media or apps, but five of the top ten web properties by traffic are, at least in part, news operations.

A big cause of this disconnect between demand and reward is that, on the internet, audiences have become dramatically fragmented. Two decades ago, a "newspaper" or "magazine" was a full package that one "browsed" by turning pages made out of actual paper. Readers made one choice of provider, whether at the newsstand or when buying a subscription. Subscription revenues generally covered printing and delivery costs, and every ad in the package was sold by the same entity.

Now, social networks and search engines aggregate links from thousands of sources are taking the role of information hub away from publishers while profiting from the user attention that results. Meanwhile, building loyal readership, and selling the hand-picked, premium ads that will appeal to them, is hard for publishers when so much content is consumed one piece at a time.

One way for publishers to re-envision their models, then, is to build their own networks to accommodate the realities of digital fragmentation, while taking power back from the aggregators and social networks. A major tool for doing that has recently entered the public eye: Blockchain, the decentralized network architecture behind cryptocurrencies like Bitcoin.

Blockchain could allow publishers to finally reap some benefit from the personalization that makes the internet such a powerful way to get information. With a full buffet of knowledge just a click away, networked and data-driven portals like Facebook, Google, and Twitter have become the locus of audience attention by helping people choose from what’s offered. Rather than paying an editorial team to decide each day what's on the "front page" of a newspaper, these networks use algorithms to provide what MIT’s Nicholas Negroponte called “The Daily Me”— a tailored package of the news or experiences or insights that an individual wants, whether it’s the freshest literary reviews or a stellar achievement in professional rock climbing. Not too surprisingly, most people like this kind of tailored package better than a single, editorially-supervised news source.

The social networks have two advantages in providing such curation. First, they have the user data, built through search or social signals, to know what kind of content users are likely to enjoy. Second, because they simply cherrypick links from across the web, they have a breadth that no single publication can match. Browsing Twitter for a few minutes now can feel more authoritative than visiting the Washington Post’s homepage. In theory, this should also benefit the actual content creators, by helping viewers find the things they like. But the networks have figured out how to retain a huge amount of viewer attention by becoming hubs of discussion, and even by hosting more content directly.

The Times has successfully remained the center of a least some users’ attention, at least according to one executive, because of the paper’s massive breadth of coverage. Most smaller competitors, particularly those with a local focus, simply can’t touch that—and even the Times is losing out on a lot of the digital upside it predicted back in 1996. For instance, its online ad revenue is less than $200 million per year—roughly half of its annual digital subscription revenue, and a pittance compared to that of most social networks.

What if all of these publications—large and small—could become part of something more than the sum of their parts? Blockchain has the potential to solve many of the problems in publishing, from cleaning up ad sales on the backend to upending search and social’s lock on viewer identity. But blockchain’s most profound transformative potential could be breaking open the siloed publication model that has proven such a poor fit for the digital world. That’s because blockchain is, at its heart, designed to create networks similar to what Facebook and Twitter have built, but then to distribute the benefits and incentives much more widely.

The first and still most well-known blockchain use was the digital currency Bitcoin, which tracks billions of dollars worth of transactions and holdings without any central authority, such as a bank. Fully understanding how it works takes some commitment, but what’s crucial is that a blockchain creates an environment of trust by requiring multiple parties to agree before recording changes to data stored on the network. In Bitcoin’s case, those changes are primarily sending and receiving money—but the same kind of decentralized management and storage can be applied to most forms of data.

That could help fix, most obviously, problems in the digital advertising market, where many small intermediaries currently run opaque systems that breed distrust. Sellers of ad space can, knowingly or accidentally, offer fraudulent or low-quality inventory that’s very difficult to vet. A blockchain-based digital ad marketplace could smooth out the back-end transparency issues, including improving data about views and clicks —a promise that has spurred major players from AT&T to IBM to take a hard look.

But at least as important are the implications blockchain has for publishers’ ability to provide an experience that can rival, or even supplant, those of Facebook or Google. Once data about traffic and ad views is moved out of shadowy back rooms, collaboration among smaller publishers becomes more appealing. If they can trust systems that reward referrals, for instance, they’ll send readers to the highest quality content, instead of to lower-quality content they own themselves (a common practice today). This could even cut down on the amount of low-quality content on the internet as a whole.

But the biggest implication is for how user data could work in a decentralized ecosystem. This data, obviously, is the key ingredient that makes search and social platforms so good at selling ads, but it’s mostly harvested with only nominal user permission, and most of its benefits accrue to those companies’ shareholders.

This increasingly damaging status quo could be utterly upended by the most hyped aspect of blockchain technology: Cryptocurrency. Cryptocurrencies are essentially the fuel of most blockchains, creating a subtle token economy that lets those who participate in a network, in various roles, benefit from its sustainable growth. In the most well-known example, a blockchain entity builds its own infrastructure by using cryptocurrency to pay its server operators, often referred to as "miners."

Cryptocurrency can be used to create a variety of such incentives. For instance, rather than giving their personal data to Facebook and Google, readers could get cryptocurrency for sharing information with a network of publishers. That data, securely shared in a common pool, could help both send users to the content they’re most interested in and sell well-targeted ads. If audiences actually received a small cut of the revenue from the advertising being sold by publishers, it could completely reverse the rising trend of ad blockers and instead turn readers into evangelists, further helping publishers push back against Facebook and Google.

This clearly involves a broad reimagining of how digital publishing works, including a shift towards web browsers that incorporate blockchain for identity—a topic we’ll dive deeper into in an upcoming piece. But years of rampant abuse of users’ trust by the likes of Facebook have created a massive opportunity for new answers. That abuse culminated recently with the revelation that Facebook had inadvertently shared the data of 50 million users with Cambridge Analytica, an electioneering firm that seemingly used the data to steer the U.S. election. Facebook’s stock has cratered, showing a market’s crumbling faith that one platform will rule them all.

At the same time, eMarketer is forecasting that Facebook and Google will lose digital advertising market share in 2018. For now, those gaining ground are Amazon and Snap Inc., but it shows there’s hope for publishers themselves to take back some control—if they’re willing to think seriously about fundamental changes.

Read This Next
Regulating Crypto
Hillary Clinton Calls Out Crypto Exchanges for Letting Russia Bypass Sanctions
Sad!
Melania Trump Accused of Secretly Buying Her Own NFT to Avoid Disgrace
Bye Bye Baby
Lawyer for Crypto Laundering Rapper Says She Won't Flee Because of Her Frozen Embryos
Greenwashing
World Wildlife Foundation Cancels NFT Project After Critics Point Out That It Was Actually a Huge Polluter
Bitcoin & Clyde
Feds Arrest Crypto CEO for Bitcoin Laundering, But Her Real Crime Was Against Rap Music
More on Future Society
Date Night
10:44 PM on the byte
Tesla Planning 24-Hour Drive-In Theatre and Diner in Hollywood
Chosen One
Yesterday on the byte
The First Electric F-150 Buyer Tried to Get a Cybertruck Instead
It's Good, Actually
Yesterday on the byte
Elon Says a Recession Would Be a "Good Thing"
READ MORE STORIES ABOUT / Future Society
Keep up.
Subscribe to our daily newsletter to keep in touch with the subjects shaping our future.
+Social+Newsletter
TopicsAbout UsContact Us
Copyright ©, Camden Media Inc All Rights Reserved. See our User Agreement, Privacy Policy and Data Use Policy. The material on this site may not be reproduced, distributed, transmitted, cached or otherwise used, except with prior written permission of Futurism. Fonts by Typekit and Monotype.