That doesn't mean it's aliens. 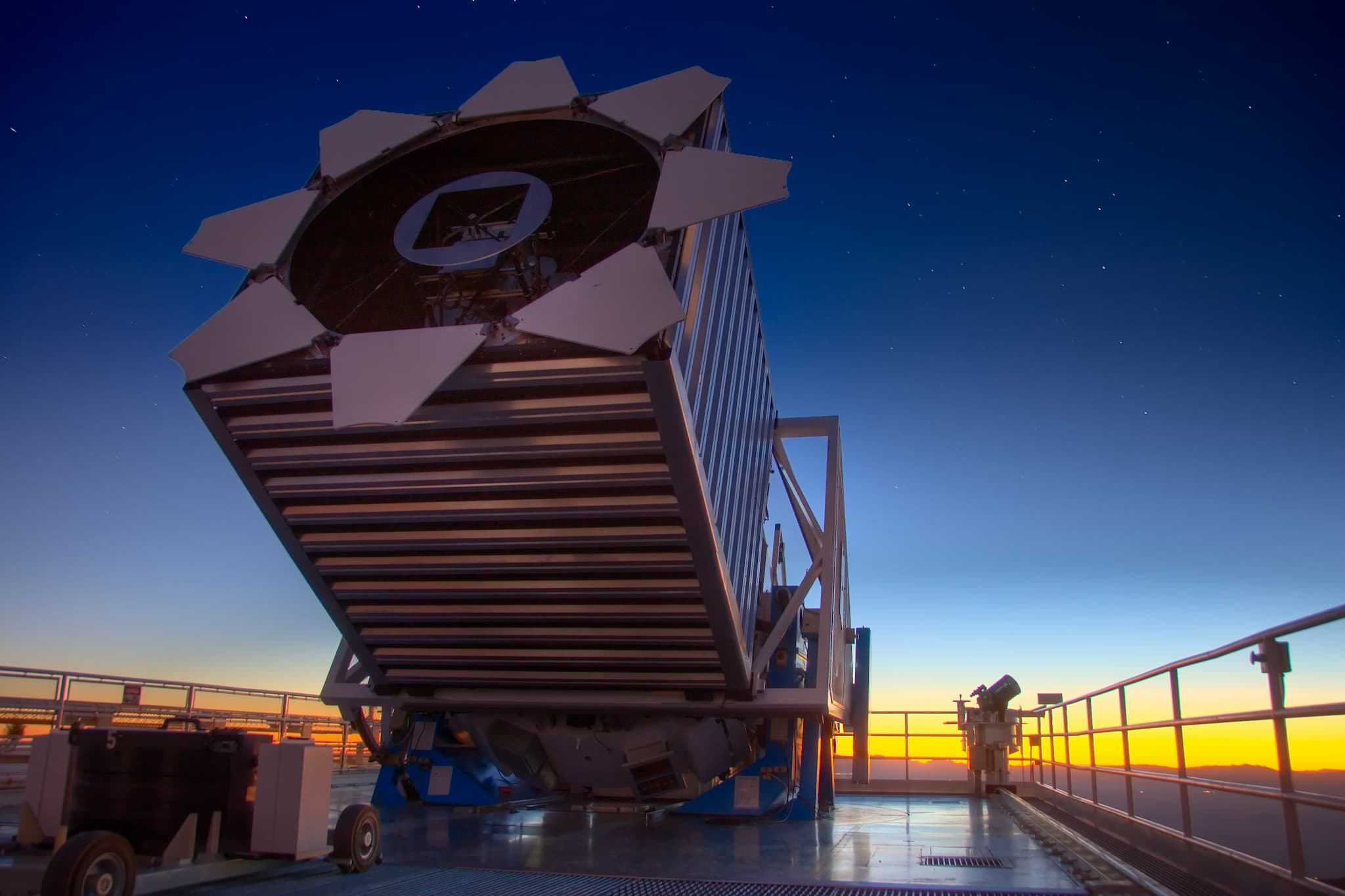 Too often, when we encounter a seemingly unexplainable occurrence in space, we automatically think Aha! Aliens! It's not exactly best practice to jump into declaring extraterrestrial life with a snap of a finger. But neither should we be too skeptical. A bit of both, certainly.

That's why, when Laval University astronomers E.F. Borra and E. Trottier submitted a study about stars producing what appears to be ETI signals, we shouldn't ignore it, nor swallow it entirely.  In any case, the strange phenomena comes from their study of data from the Sloan Digital Sky Survey. Analyzing the spectra of 2.5 million stars, they came across 234 that produced the same strange signal — pulses of light at constant time intervals.

The stars were all "overwhelmingly in the F2 to K1 spectral range," the authors claimed, very similar to our own Sun. Is it possible that, like our Sun, these stars host a system with intelligent life, and are sending signals to contact other intelligent species?

To Borra, it seems very likely, especially since the findings match a 2012 study he'd written about ETI signals. The authors easily dismissed three of the five possible explanations to the phenomena and settled on two: either these are effects of the Sloan instrument itself and data reduction, or they are ETI signals.

But are they really? It remains difficult to say, especially since the authors acknowledged that "the signals are due to highly peculiar chemical compositions in a small fraction of galactic halo stars." And it is very possible to have a subset of stars that behave this way.

Not to mention the paper's still up for peer review.

As the saying goes, "Extraordinary claims require extraordinary evidence," which the Breakthrough Listen Initiative team quotes in a response to Borra's findings. The Breakthrough team isn't too eager about the whole study, giving it a 0 to 1 score on the Rio Scale. That says a lot coming from a group dedicated to the search for extraterrestrial intelligent life.

Read This Next
Outing Life
Swiss Government Scientist Says We May Be on the Brink of Discovering Alien Life
Ancient Remains
Why NASA Scientists Are So Excited by New Hints of Organic Compounds on Mars
Space Plants
New Gadget Detects Lifeforms From Long Distances
Optimistic Assessment
NASA Administrator: Alien Life Is More Likely Than We Thought
Futurism
Scientists Need to Solve These Two Mysteries to Find Life on Mars
More on Off World
Putting Things In...
Yesterday on futurism
Amazing Artemis Photo Shows Every Human, Alive or Dead, Plus the Moon
Love It or List It
Yesterday on the byte
NASA Hires Company to 3D Print American Base on the Moon
Shine Bright
Yesterday on the byte
Astronomers Annoyed at Ludicrously Bright SpaceX-Launched Satellite
READ MORE STORIES ABOUT / Off World
Keep up.
Subscribe to our daily newsletter to keep in touch with the subjects shaping our future.
+Social+Newsletter
TopicsAbout UsContact Us
Copyright ©, Camden Media Inc All Rights Reserved. See our User Agreement, Privacy Policy and Data Use Policy. The material on this site may not be reproduced, distributed, transmitted, cached or otherwise used, except with prior written permission of Futurism. Articles may contain affiliate links which enable us to share in the revenue of any purchases made.
Fonts by Typekit and Monotype.