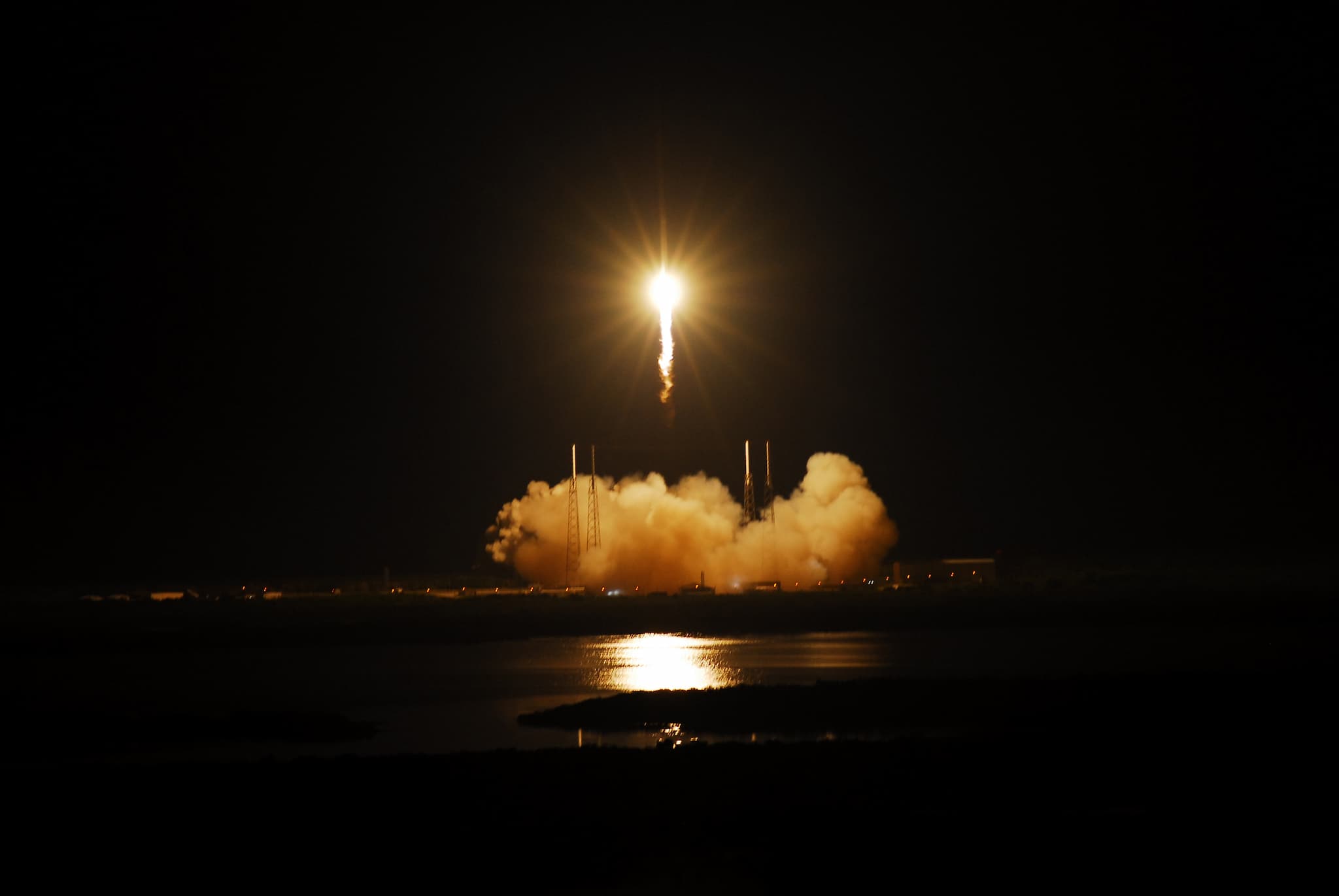 A New Way to Land

SpaceX is going to make history...again. Next week (Jan. 17, 2016) the company is going to launch a rocket. This rocket, a Falcon 9, will thrust a payload into orbit, and then it will return to Earth. However, it won't be burning up in our atmosphere like so many satellites. It also won't have a crash landing in the ocean.

Instead, the plan is for the rocket to land. And it is going to land upright on a ship, which happens to be moving.

Last month (December 21, 2015), SpaceX made history by launching its Falcon 9 rocket into space and then bringing it back to solid ground at Cape Canaveral, Florida. This was the first time that a rocket had launched something to orbit and landed back on the planet safely.

Falcon 9 back in the hangar at Cape Canaveral. No damage found, ready to fire again. https://t.co/7w6IfJGtXM

This is such a historical event because, usually, its first-stage rocket is discarded after reaching space. This obviously costs a lot of money.

And of course, it would be far cheaper to have reusable rockets than to have to create entirely new rockets each and every time you want to go to space.

Now, the SpaceX team is vamping things up.

Why A moving Platform?

In the end, it has to do with versatility.

If we have a rocket that is able to land on a mobile landing platform, then it means more flexibility in when and how launches can proceed. For example, it's not always convenient (or even really possible) for a rocket to return to a static site such as a launch facility or other suitably flat, empty space. Weather conditions and a host of other factors all play in to this.

To that end, a mobile landing site could conceivably be placed where it is safest or most fuel-efficient for the rocket to come down.

Read This Next
Shot Well
Head of NASA Relieved to Hear Elon Musk Isn't REALLY Running SpaceX
Pale Blue Shat
William Shatner Explains Why His Trip to Space Was Horrible
Overview Effect
William Shatner Says His Space Trip Left Him With a Feeling of Terrible Grief
Makeover Scene
Space Tourist Says He's Thinking About Flying SpaceX Craft Up to Fix Hubble
Grain of Salt
There's a Huge Problem With Elon Musk's Promise to Bring Starlink to Iran
More on Off World
Take Cover
Yesterday on the byte
Space Startup Blows Up Another Giant Inflatable Space Station Module
Rock Blast
Yesterday on the byte
Scientists Say There's an Upside to Those Rocks That Keep Bludgeoning the James Webb
Meathead Theory
Yesterday on the byte
Professor Receives Insane Email Claiming "Biological" Green Comet Is Giving Off "Meat Smoke"
READ MORE STORIES ABOUT / Off World
Keep up.
Subscribe to our daily newsletter to keep in touch with the subjects shaping our future.
+Social+Newsletter
TopicsAbout UsContact Us
Copyright ©, Camden Media Inc All Rights Reserved. See our User Agreement, Privacy Policy and Data Use Policy. The material on this site may not be reproduced, distributed, transmitted, cached or otherwise used, except with prior written permission of Futurism. Articles may contain affiliate links which enable us to share in the revenue of any purchases made.
Fonts by Typekit and Monotype.