With the Most Reused Parts Ever, SpaceX's Mission Successfully Sent Its Cargo to the ISS

It's the first time a reused booster and already-used spacecraft have been used in a single mission. 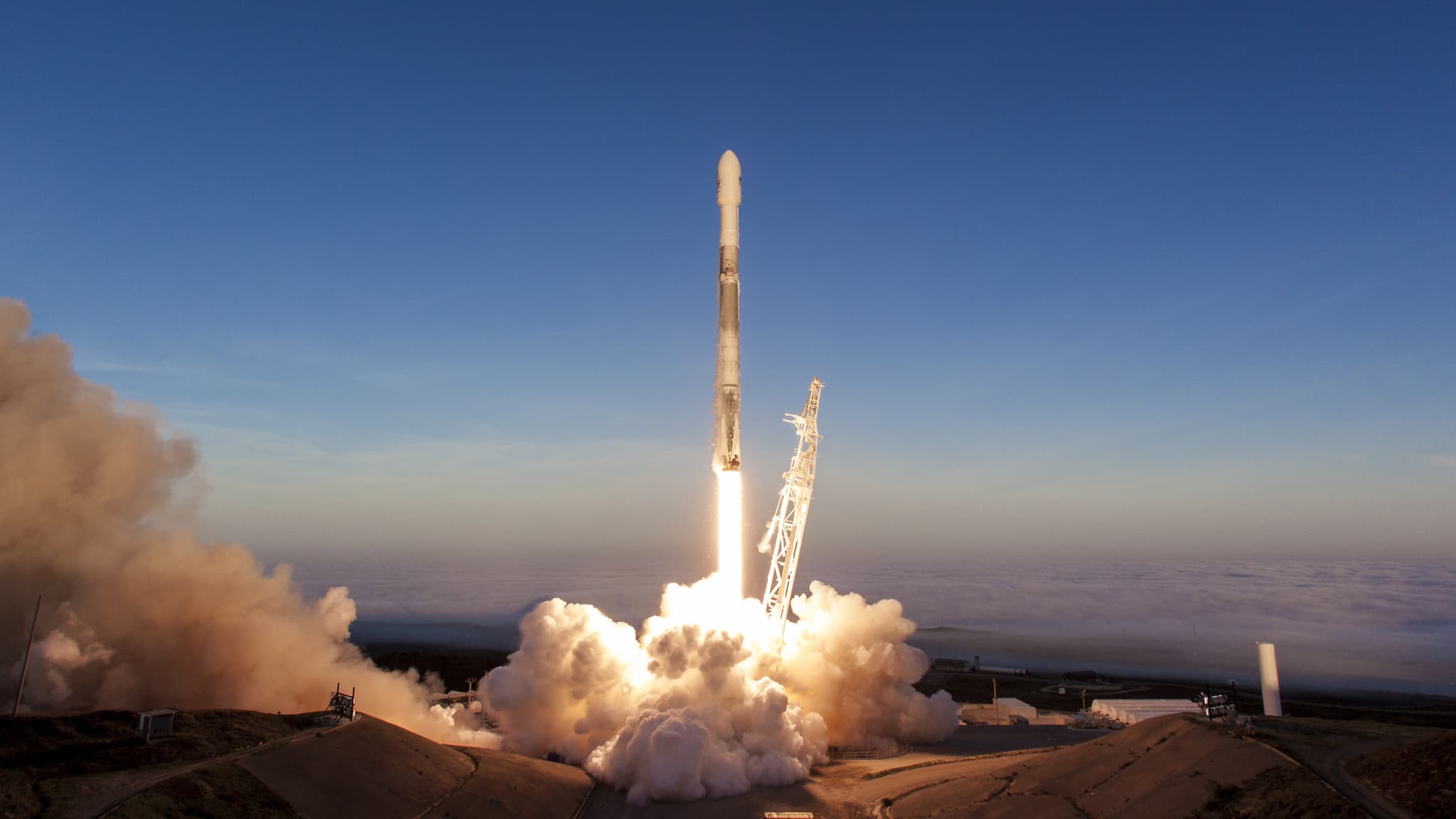 Unlike the hit song played nonstop on the radio or your mother questioning you about when you're going to give her grandchildren, rocket launches are one thing that never gets old. That's lucky, because SpaceX has done two in the span of just four days. Today, the company again launched its Falcon 9 rocket, this time with 2,630 kilograms (5800 pounds) of deliveries to the International Space Station, from the base in Cape Canaveral, Florida.

The theme for this launch: reusable. One of the Falcon boosters first flew on the CRS-12 mission in August 2017. And this particular Dragon module flew in April 2016, on the CRS-8 mission. It's the first time two reused (or, as SpaceX calls it, "flight-proven") components have been combined in a single mission.

This marks SpaceX's 14th successful flight for Dragon, and 15th flight overall (CRS-7, in 2015, failed before reaching orbit). It's the end of the line for this particular first stage — SpaceX did not attempt to recover it, though the engineers did gather information about it to improve future missions.

Today's launch was perfectly choreographed, no surprises. It's a testament to how efficiently SpaceX now operates with missions like these. They've really got it down to a science. Things can still happen, of course, but nothing abnormal did today.

The Dragon is en route to deliver food, gear, and other supplies to the ISS, according to Space.com. It also contains materials for 50 science experiments conducted there, one fifth of the total experiments on board (more info about research on board the ISS can be found here). According to the Kennedy Space Center website and Space.com, those include:

It's not necessarily as exciting as, say, launching a cherry red sports car into the ether. But it's still pretty dope.

If everything continues to go according to plan, the Dragon will get within docking range of the ISS around 7 AM ET on Wednesday, April 4, at which point "ISS crew members will use the station’s 57.7-foot (17.6- meter) robotic arm to reach out and capture the Dragon spacecraft and attach it to the orbiting laboratory," notes a SpaceX press release. And you thought those claw machine games were stressful.

Dragon will be back again. After a month-long stint at the ISS, it's slated to return to Earth, where, if its descent goes well, it will plop right into the Pacific near Baja California.

Read This Next
NDA
SpaceX Reportedly Paid $250,000 to Silence Sexual Allegations Against Elon Musk
Captain Planet
Buying Twitter Seems Like a Huge Distraction for Elon Musk's Mars Plans
Futurism
NASA Astronaut Says He Candidly Discussed Ukraine Invasion With Cosmonauts
Billionaire Bailout
Bernie Sanders Working to Block Jeff Bezos From NASA Moon Contract
Futurism
NASA Explains What Would Happen If Russia Abandoned the Space Station
More on Off World
War From Space
5:06 PM on the byte
Astronaut Says the Ukraine War Is So Brutal He Could See It From Space
Ashes to Ashes
2:28 PM on the byte
NASA Lander Looks Beat as Hell in Final Selfie Before Death
Glimmers of Hope
Yesterday on the byte
Boeing's Starliner Mission Is Going Surprisingly Well, Actually
READ MORE STORIES ABOUT / Off World
Keep up.
Subscribe to our daily newsletter to keep in touch with the subjects shaping our future.
+Social+Newsletter
TopicsAbout UsContact Us
Copyright ©, Camden Media Inc All Rights Reserved. See our User Agreement, Privacy Policy and Data Use Policy. The material on this site may not be reproduced, distributed, transmitted, cached or otherwise used, except with prior written permission of Futurism. Fonts by Typekit and Monotype.