Bring light and color to every shadow. 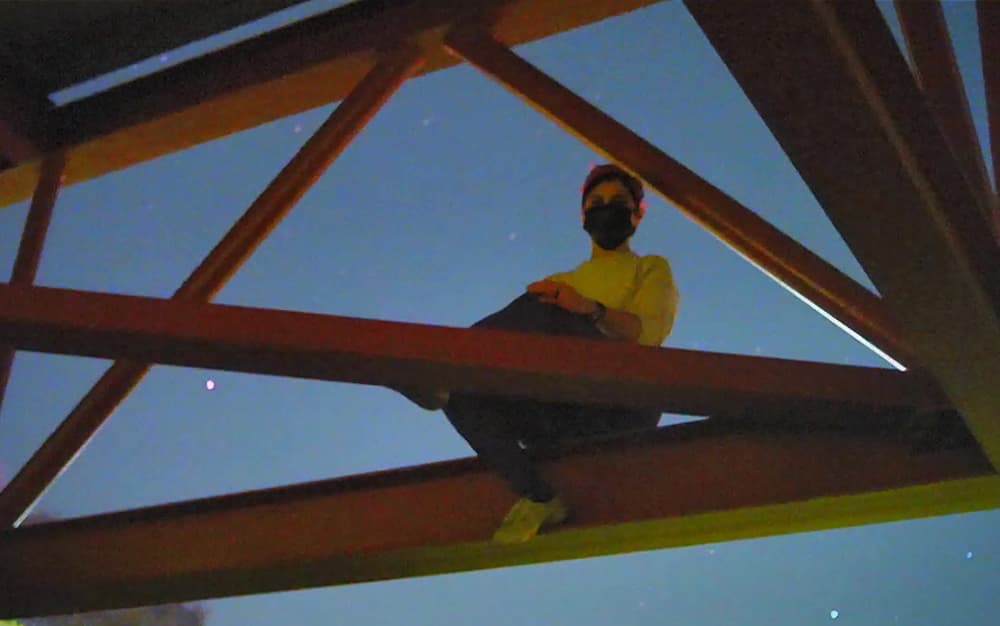 Night vision is a concept many people are familiar with, but few have experienced it firsthand. The green filter that makes everything in darkness glow and come in crisp is often seen in footage of police stake-out and military operations. The SiOnyx Aurora Pro camera is a lightweight night vision camera built for capturing images of everything in the dark. Which begs the question: Does a night vision camera have many uses for us civilians? Read on for a  SiOnyx Aurora Pro Review.

As synonymous as vibrant green is with night vision, the Aurora Pro records in full color, making everything from wild deer to UFOs appear far clearer. For those of us who swore off hunting after watching Bambi once, there’s still plenty of potential for adventure with the SiOnyx Aurora Pro.

What is the SiOnyx Aurora Pro Night Vision Camera?

The Aurora Pro is the flagship full-color digital night vision optic for silicone-based photonics (a  technology in which data is transferred among computer chips by optical rays) company SiOnyx. It manufactures devices for the United States Department of Defense, and its devices are used by a wide spectrum of professionals including EMTs and law enforcement officers. SiOnyx cameras are also used by outdoorsmen including game hunters, so naturally, the Aurora Pro comes with gun-mounting capabilities. In my review of the SiOnyx Aurora Pro Review, my approach in using this device would be decidedly less Call of the Wild.

Opening the SIONYX Aurora Pro box is one of the most surprising camera unboxing experiences as it comes in its own hardshell waterproof case. Cracking this case isn’t exactly worth the price of admission, but it does make you feel like James Bond unboxing the latest tech from Q branch. Within the case’s cushioned compartments you’ll find two camera batteries, the USB charging cord, a slot for an SD card, and the device itself. Holding the SIONYX Aurora Pro in your hands, it’s easy to see why there’s such a fuss made with its case. Before testing it out for the first time, the device fully charged in about two hours.

Holding a tiny device worth lots of money can sometimes feel like cradling a baby. There’s a good chance that nothing will go wrong, but that doesn’t mean that you shouldn’t take the utmost care in handling it. SiOnyx Aurora Pro, at the first clutch, feels all too familiar, like a handheld camcorder, only far smaller and lighter. And like a camcorder, it’s built ergonomically so it fits in the palm comfortably. Operating the device is an altogether new experience, however.

Turning a dial on the left side of the device near the eye-piece powers the SiOnyx Aurora Pro on, and allows it to cycle between different modes. Buttons on top of the camera let you navigate through different settings.

Every modern camera I’ve used — whether it was an HD mirrorless model, a DSLR, or simply the one built into my iPhone — had a big viewscreen on it that displayed whatever the lens was pointed at. Usually, one could fumble with the settings to customize everything from flash to frame resolution. The SiOnyx Aurora Pro viewscreen lies inside the camera, which can only be viewed through the viewscreen. Admittedly, the borders of the viewscreen are as busy as any other camera, displaying useful metadata including time, focal ratio, and even a built-in GPS and compass for easy navigation in between shutter flickers.

SiOnyx Aurora Pro: Is the Night Vision Camera Worth It?

Setting up the SiOnyx Aurora Pro cam is easy enough. The camera lens slides up and out so that a battery and micro SD card can be inserted. The first of many tests I conducted over two days would start inside an almost purely dark place: a bathroom at 11:30 p.m. Strangely enough, the camera didn’t render anything viewable. Pictures came in fuzzy. Perhaps operating in pure darkness isn’t the correct approach. After all, even when one is out in the wild, there’s at least a little moonlight to provide a bit of ambiance. The bathroom test would be a mulligan. My SiOnyx Aurora Pro review would require doing something every cozy homebody hates to do: venture outside.

Luckily, my home city of Sacramento is rife with public nature spots. My spouse, an avid bicyclist, has a broad knowledge of everything off the beaten path. After proposing an evening adventure to test out the SiOnyx Aurora Pro, their head was off to the races, pondering different environments with little to no light. Of course, that required driving into the city, away from the suburban sprawl. Because SiOnyx cameras are used by emergency responders,I wanted to break it out on the freeway to get a sense of their experience.

The SiOnyx Aurora Pro tends to amplify weak light sources in night mode. The camera seemingly sucks even tiny sources of ambient light to make everything in the frame glow brightly. Especially bright light sources, like headlights, were boosted so much that cars almost looked like they were hovering. Half the fun of the camera is looking at the world through the lens. Depending on how much light is present in the frame, the familiar green night-vision flare will come in at different levels. Though it never flooded any video so much as to make it look like a scene from a Paranormal Activity film.

New Perspectives in the Dark

The bulk of the evening adventure took place near California State University Sacramento, my alma mater. I never strayed past the food court in between classes, but the institution is within walking distance of a nature trail. A dried-up levee is frequented by joggers, bicyclists, and miscreants such as ourselves. To take full advantage of the SiOnyx Aurora Pro’s abilities in the dark, we went down the trail until it was difficult to see what lay in front of us. Our field of vision couldn’t have been more than a couple of feet. Looking through the SiOnyx Aurora Pro at the darkness before us could only be described as Lovecraftian. Branches on dead trees looked like the tentacles of some Cthulhu-like monster.

Simply using the camera as makeshift night vision goggles was a surprisingly entertaining experience. The SiOnyx Aurora Pro offered something more than a simple camera: it offered a whole new perspective. Experiencing scenery I previously saw in the daylight made something familiar feel brand new. After the dive into darkness, it was time to venture deeper into the pitch-black territory. What better place to try out the camera’s capabilities than under a bridge? Hoping to find some graffiti, the camera displayed nothing but a few rocks and some dead grass. By the time I turned around, my spouse had climbed into the railing on the bridge’s underside. Sacramento skies are very rarely skylit considering the amount of pollution the capital city produces. But the way Sionyx Aurora Pro was able to capture the stars in the background behind them was especially impressive.

Later that night, I took two photos of an adorable cat in a window minutes before bedtime, 10:50 p.m. Photos were taken from outside, with minimal lighting in the background which is mostly obscured by some dark curtains. The darker photo was taken with an iPhone 12 Pro Max camera, the other was a still from a video recorded using the SiOnyx Aurora Pro. It’s not too surprising that the camera was able to capture my cat Jodah’s trademark adorableness, with only a faint amount of light to work with.

The camera has three main settings: day, twilight, and of course, night. On my last day testing the camera, I got up at the ungodly hour of 5 a.m. to try out the twilight settings. And to be honest, it didn’t render better pictures or videos than simply using night mode. All photos in this story are stills from videos taken using the camera. In dark and dimly lit environments, the standard camera didn’t manage to shoot anything worth using, even in night mode. It simply took fuzzy black and green photos that were almost indecipherable. The SiOnyx Aurora Pro doesn’t require much light to work. In most cases, a simple bit of moonlight was enough to make details in videos come out. Most of these problems could be alleviated by packing along with a light source, but that sort of defeats the whole purpose of the whole night vision thing.

Using the SiOnyx Aurora Pro in day mode was also fairly successful, as it’s a great still and video camera. Pictures come in crisp, especially in natural daylight. But it only records at 720p, which is far smaller than the video output on most smartphones nowadays. The phrase “good enough for government work” definitely applies, considering how popular these cameras are with law enforcement. If you’re scoping out a joint to grab dirt on a suspect, you don’t necessarily need the video to come in anything close to cinematic quality.

That said, the camera is incredibly reliable. After close to two hours of usage, the battery wasn’t even halfway tapped. Sensitive as the camera is, its companion hardshell carrying case ensures that the device is cradled safely when it’s not in use. The outside of the case is heavy-duty plastic and the inside contains cushioned slots for all the SiOnyx Aurora Pro’s components. It’s waterproof too, which comes in handy if you’re out in the wild. That said, the complete SiOnyx Aurora Pro package was missing something crucial: a lens cap. There’s nothing scarier than the prospect of getting dust — or worse, thumbprints — on a delicate piece of equipment.

Related: The Best Drones for Kids

The SiOnyx Aurora Pro is excellent at what it does. Enhanced optics give anyone peering into its viewer the most advanced digital night vision capabilities, in full color no less. It’s hard to imagine the thrill coursing through a rifleman as a buck gallops into the sights of a Aurora Pro mounted on a sniper. Law enforcement across the globe use SiOnyx in evidence gathering at night, likely because these cameras are sturdy and reliable. But I’m not an outdoorsman. And despite my love of donuts, there likely isn’t a badge in my future. Considering this, it’s hard for me to justify buying a SiOnyx Aurora Pro, or any night vision camera for that matter. Even if the SiOnyx Aurora Pro is a great tool for midnight adventuring. Trying the camera’s full capabilities over the course of two days was a memorable, and eye-opening experience. I can officially say that my experience with the camera was definitive and filled with a surprising amount of color aside from the ubiquitous garish green associated with night vision.

That said, if you’re in the market for a solid camera with night vision capabilities, the SiOnyx Aurora Pro is easy to recommend. While its photo-taking capabilities require more light than you’d imagine to come in clear, videos taken in the dark in environments with faint light come in astonishingly vibrant. Us night-vision neophytes are probably better off with Snapchat filters.