Self-Driving Cars Are Smart, But Car Washes Stump Them

Time saved by autonomous vehicles might be spent hand washing them. 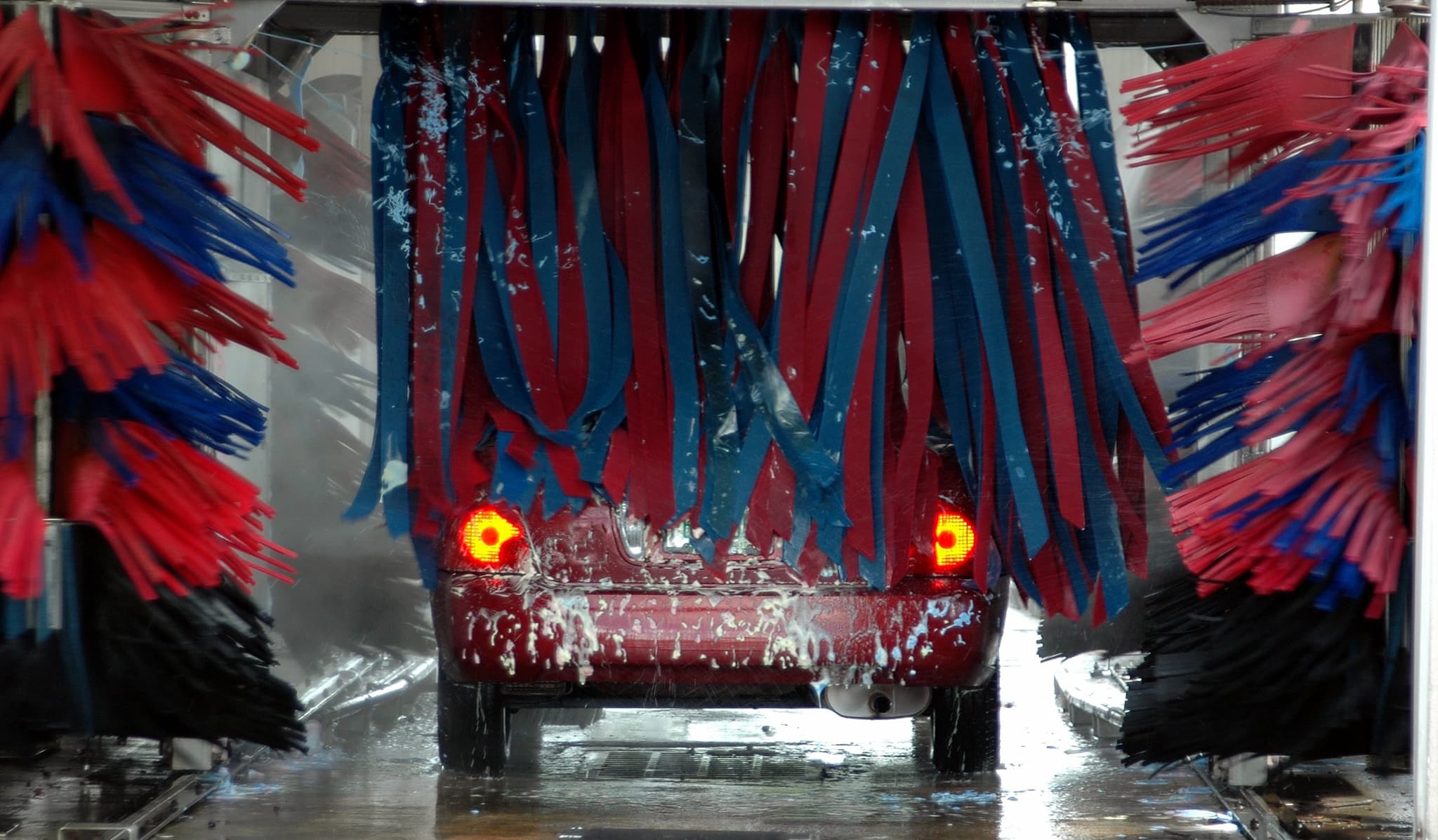 Autonomous vehicles aren't just the future; they've already hit the road in many cities around the world. But one place you aren't apt to find a self-driving car is in an automatic car wash. Not because the vehicle doesn't need to be cleaned, though. It turns out the self-driving car and its vehicular spa don't exactly play nice.

While autonomous cars can navigate many a complex route, it turns out that the relatively straight-shot of a drive-thru car wash is actually wildly complex — if not potentially dangerous.

Automated car washes have been around for many years, much longer than automated vehicles. Not unlike self-driving cars, the car wash takes the human element out of the equation when it comes to vehicular upkeep. This has worked wonderfully for us, so long as our manually operated cars have been subservient to the automation of the car wash.

You might expect that a clunky, decades-old, Wash-o-Matic would be no match for a new self-driving car straight off the assembly line from, say, Tesla. But as it turns out, autonomous vehicles — which rely on external sensors to navigate — can quite easily be "blinded" before they even make it through the pre-soak. Soap residue or water smears left on the sensors could mean the car can't navigate properly after its foray in the car wash. Or worse, the heavy cleaning brushes that car washes typically use could even dislodge the sensors entirely.

Those sensors are sensitive, after all; a busted one could set you back nearly $100,000. Of course, in addition to keeping their smart whip sparkling, autonomous car owners must commit to keeping those sensitive sensors clean — which means that, in fact, they must wash their car more than someone with a regular car would.

Since they can't take advantage of the convenience of an automated car wash, that means it'll be up to drivers to ensure that their self-driving car is washed by hand. Even companies like Waymo, Toyota, and Uber have admitted that humans are employed to wash their autonomous fleets — and that getting "the works" often involves microfiber cloths and special cleansing fluid for the car's delicate "eyes."

So, while you might be saving time on the road with a self-driving car, once you're back home again you'll need to devote some extra time to keep it clean.

Read This Next
Netflix and Drive
Mercedes Claims to Have Achieved Level 3 Automation, Beating Tesla
Kiddy League
Tesla Fans Put Child in Path of Moving Tesla on Self-Driving Mode
Self-Delusion
Experts Alarmed by Videos of Tesla Full Self-Driving Totally Screwing Up
Steering Wheels Coming Off
Automotive Lobbying Group Abandons the Term "Self-Driving"
Driving Himself Crazy
Watch Elon Musk Promise Self-Driving Cars "Next Year" Every Year Since 2014
More on Advanced Transport
Battery Trouble
Yesterday on the byte
Tesla "Spontaneously" Bursts Into Flames While Driving Down Freeway
High Tide
Jan 27 on the byte
We’re in Awe of Amsterdam’s Huge Underwater Bike Parking Garage
Quelle Surprise!
Jan 26 on the byte
Of Course Elon Musk Is Pushing The Cybertruck Back Again, What Did You Expect?
READ MORE STORIES ABOUT / Advanced Transport
Keep up.
Subscribe to our daily newsletter to keep in touch with the subjects shaping our future.
+Social+Newsletter
TopicsAbout UsContact Us
Copyright ©, Camden Media Inc All Rights Reserved. See our User Agreement, Privacy Policy and Data Use Policy. The material on this site may not be reproduced, distributed, transmitted, cached or otherwise used, except with prior written permission of Futurism. Articles may contain affiliate links which enable us to share in the revenue of any purchases made.
Fonts by Typekit and Monotype.