See What the Night Sky Looked Like 10 Billion Years Ago

It wasn't exactly the Milky Way we're all familiar with. 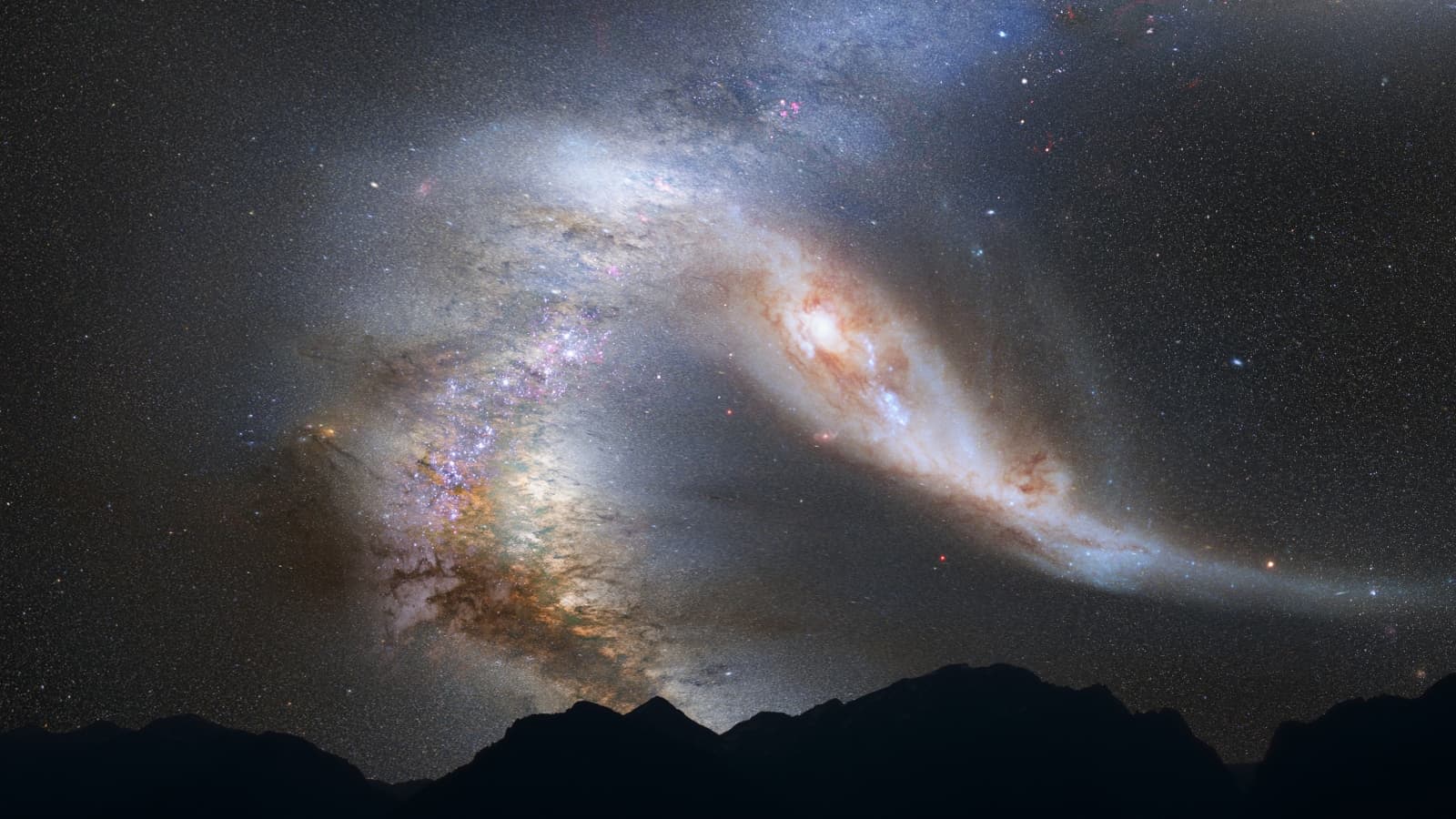 Since we are embedded so deeply within our galaxy, we can't take a picture of it; however, we can observe galaxies that are similar to our own, and these observations tell us a lot about where we came from and where we are heading. Case in point: recently, scientists used observations of Milky Way-like galaxies to determine what our night sky—and our galaxy—might have looked like billions of years ago.

The result is rather impressive.

"This study allows us to see what the Milky Way may have looked like in the past," said Casey Papovich of Texas A&M University in College Station, lead author on the paper that describes the study's results. "It shows that these galaxies underwent a big change in the mass of its stars over the past 10 billion years, bulking up by a factor of 10, which confirms theories about their growth. And most of that stellar-mass growth happened within the first 5 billion years of their birth."

This means that, billions of years ago, there was much more activity in the Milky Way. Unfortunately, the Sun (and planet Earth) came a little late to the party, so we missed the show.

As you may know, our star is just about 5 billion years old. This means that Earth wasn't around for the early star birth period in our galaxy, and the image pictured above highlights this fact, helping us see just how different this era was. In the image, we see clouds of gas that are tinted pink. These streams of light contain stars that are still forming, and the bright blue beacons show the new stars themselves.

If this artist's rendition is accurate, it seems that, had Earth existed during this era, it would have a front seat to a pretty marvelous sight. And the latest analysis effectively reinforces earlier research, which indicated that Milky Way-like galaxies began as small clumps of stars and, over time, these galaxies swallowed massive amounts of gas that ignited a firestorm of star birth.

Ultimately, the data was assembled from images containing nearly 2,000 snapshots of Milky Way-like galaxies. As the press release notes, this provides one of the most comprehensive views of how spiral galaxies develop and are transformed over time:

The new census provides the most complete picture yet of how galaxies like the Milky Way grew over the past 10 billion years into today's majestic spiral galaxies. The multi-wavelength study spans ultraviolet to far-infrared light, combining observations from NASA's Hubble and Spitzer space telescopes, the European Space Agency's Herschel Space Observatory, and ground-based telescopes, including the Magellan Baade Telescope at the Las Campanas Observatory in Chile.

Although the images are pretty spectacular, don't feel too bad about missing out on the show, as it is likely that an Earth-like planet couldn't have been born so early in the game (during the star birth period). This is because, in order for life to form, we need a number of heavy elements. Many of these heavy elements can only be forged under the intense heat and pressure of massive stellar deaths (which are known as "supernovae").

By the time our Sun formed, these heavy elements (which are the building blocks of life) had already spread throughout the galaxy, thanks to all of the stellar activity during previous ages. Ultimately, since these heavy elements were so common when our planet formed, we were able to spring into being.

So, if the Sun and Earth didn't form when it did, then life might never have developed in order to gaze at the stars to begin with.