"We just do not know a pandemic is going to occur until the damn thing occurs." 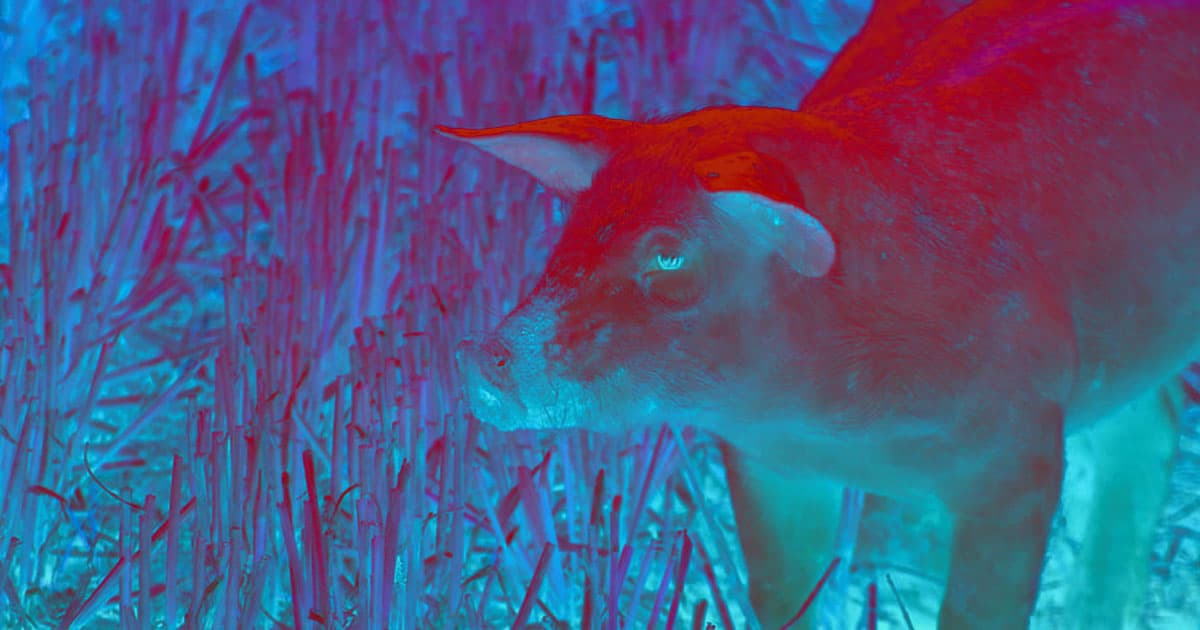 Image by Image via pxfuel/Victor Tangermann

Scientists have discovered a new influenza virus in pigs, dubbed G4, that has the potential to be transmitted between humans.

The virus contains a blend of genetic material, Science reports, from several strains including the H1N1 strain from the 2009 pandemic that killed 12,000 Americans.

Humans have no immunity for the new virus, though it does not appear to have jumped to many humans yet, according to findings detailed in a new study published in the journal Proceedings of the National Academy of Sciences today.

"From the data presented, it appears that this is a swine influenza virus that is poised to emerge in humans," Edward Holmes, an evolutionary biologist at the University of Sydney who was not involved in the research, told Science. "Clearly this situation needs to be monitored very closely."

The team analyzed almost 30,000 nasal swags taken from pigs at 10 different slaughterhouses in different Chinese provinces between 2011 and 2018. They discovered 179 swine influenza viruses, with the great majority being the G4 virus.

"G4 virus has shown a sharp increase since 2016, and is the predominant genotype in circulation in pigs detected across at least 10 provinces," reads the paper.

They also note that the virus possesses "all the essential hallmarks of being highly adapted to infect humans," and should therefore be under strengthened surveillance.

Due to "increased human infectivity" rates, the opportunity for "virus adaptation in humans" is greatly enhanced, and therefore "raises concerns for the possible generation of pandemic viruses," the scientists wrote.

Many influenza viruses actually have made the jump from pigs to humans, as Science points out, but most do not spread between humans. The researchers found five human cases of illnesses that were linked to this particular type of virus, two of whom had neighbors who raised pigs.

Experts are torn about whether the G4 virus will lead to the next pandemic. Martha Nelson, an evolutionary biologist at the U.S. National Institutes of Health’s Fogarty International Center, told Science that "the likelihood that this particular variant is going to cause a pandemic is low," but noted that "influenza can surprise us."

Nelson also pointed out that the sample wasn't big enough to get a "good snapshot."

"We need to be aware of this risk so that we can start taking measures to prevent spillover now, while it is still in pigs," Melinda Rostal, a veterinarian epidemiologist and zoonotic disease expert at EcoHealth Alliance, told Inverse.

"It is important for people to know and remember that influenza viruses do continue to have the potential cause a pandemic, even as we continue the fight against the coronavirus pandemic," Rostal added. "The results of this study should be acted upon by veterinarians and public health officials in Asia and we should be aware of it."

"We just do not know a pandemic is going to occur until the damn thing occurs," Robert Webster, a retired influenza investigator from St. Jude Children’s Research Hospital told Science. "Will this one do it? God knows."