These new exoplanets could be "super-Earths" in their size and composition. 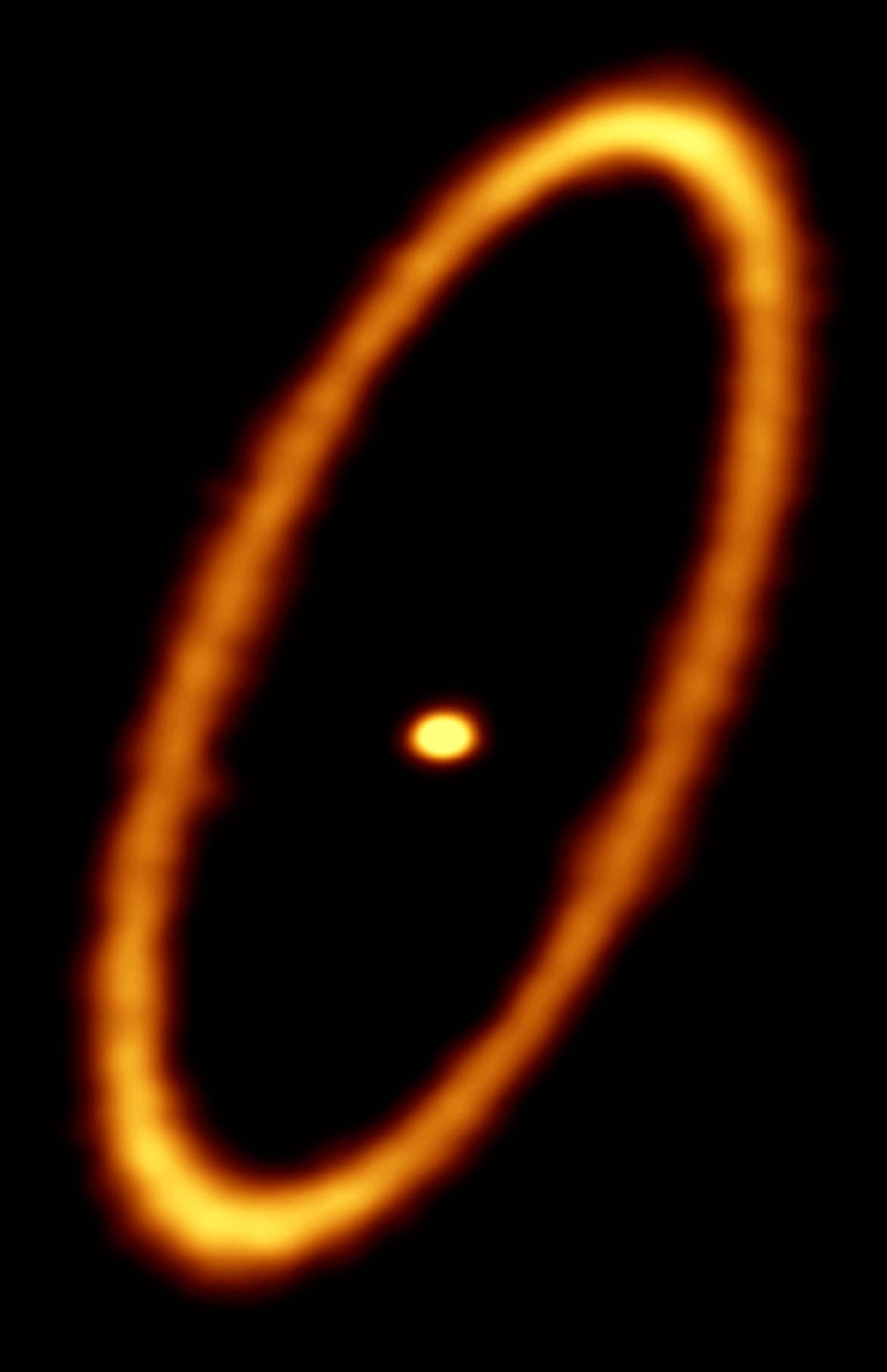 For decades, researchers at NASA have explored potential routes of planet formation by studying young debris disk systems — bright, thin outer rings made up of comet-like bodies at the furthest outskirts of star systems. The debris disks vary in composition from icy to carbon-rich and usually lie somewhere from 75 to 200 astronomical units from their parent stars, which is much further than Pluto is from our Sun.

Recently, these researchers have observed planet formation in three of these narrow but dense rings as comets merge with each other on the edges of star systems. They recently published their findings in the Astronomical Journal. These developing planets are each, as estimated from the light reflected from the rings, the size of a few Earths combined, said Carey Lisse, a planetary scientist at the Johns Hopkins University Applied Physics Laboratory (APL), according to a press release.

The perhaps the most interesting of these planet-forming rings is red debris disk surrounding HR 4796A, which shows unusually tight form for an infant solar system.

"The narrow confines of these rings is still a great puzzle — you don't typically see this kind of tight order in such a young system," Lisse said in the press release. "Usually, material is moving every which way before an exoplanetary system gets cleaned out and settles down so that planetary bodies rarely cross each other's path, like in our present-day solar system."

Not only is the tight order of this system so extraordinary, its red color also stands out. Lisse believes this color to be caused by the burnt-out rocky organic remains of comets which have boiled off because of how close the system's ring is to its star. However, the most exciting aspect of HR 4796A is what could be causing the debris disk to be so thin and dense instead of thick and diffused, as would be expected.

"Comets crashing down onto these growing planet surfaces would kick up huge clouds of fast-moving, ejected 'construction dust,' which would spread over the system in huge clouds," Lisse said in the press release. "The only apparent solution to these issues is that multiple mini-planets are coalescing in these rings, and these small bodies, with low kick-up velocities, are shepherding the rings into narrow structures — much in the same way many of the narrow rings of Saturn are focused and sharpened."

This sharpened ring could one day result in massive planets. "These systems appear to be building planets we don't see in our solar system — large multi-Earth mass ones with variable amounts of ice, rock, and refractory organics," Lisse said. "This is very much like the predicted recipe for the super-Earths seen in abundance in the Kepler planet survey."

While these rings are fascinatingly different from other equally young systems, "much still has to happen, though, before these rings could become planets the size of the gas giants," Lisse continued. "Why it's taking so long to make outer planets in these systems — after their primordial gas disks have been stripped away — is a big mystery."

Read This Next
Accuracy Wall
Harvard and MIT Scientists Warn That James Webb Data May Not Be What It Seems
Outing Life
Swiss Government Scientist Says We May Be on the Brink of Discovering Alien Life
Sun Gazer
Researchers Want to Use the Sun As a Giant Telescope to Look for Aliens
Space Invaders
Study: There May Be as Many as Four Evil Civilizations in Our Galaxy
Search for Life
Former Astronaut Suggests Specific Planet for James Webb to Search for Life
More on Off World
Carry On, Wayward...
3:02 PM on the byte
NASA Says Lucy Spacecraft Will Forge Ahead With Busted Solar Array
Shoo
Yesterday on futurism
Scientists Warn Giant Asteroid Is Actually Swarm, Nearly Impossible to Destroy
Floodgates
Monday on the byte
Astronomers Complain That the JWST Is Producing Too Much Data, Too Fast
READ MORE STORIES ABOUT / Off World
Keep up.
Subscribe to our daily newsletter to keep in touch with the subjects shaping our future.
+Social+Newsletter
TopicsAbout UsContact Us
Copyright ©, Camden Media Inc All Rights Reserved. See our User Agreement, Privacy Policy and Data Use Policy. The material on this site may not be reproduced, distributed, transmitted, cached or otherwise used, except with prior written permission of Futurism. Articles may contain affiliate links which enable us to share in the revenue of any purchases made.
Fonts by Typekit and Monotype.