There's no scientific evidence that hangovers affect your driving. 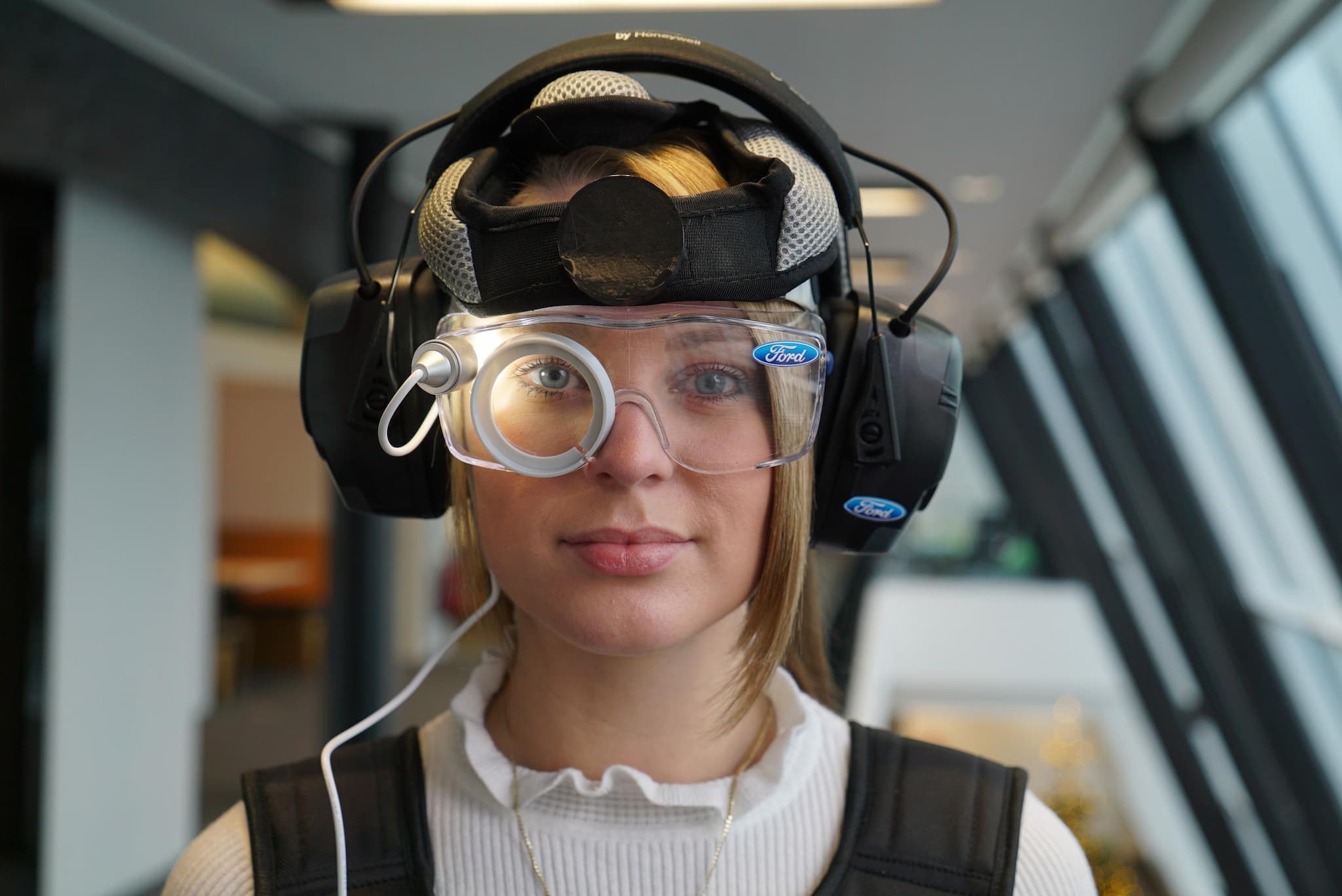 You've heard the refrain before: don't drink and drive. Tens of thousands of people die in alcohol-related traffic accidents every year. Luckily, though, people seem to be getting the message — drunk driving fatalities on roadways have decreased by 51 percent since 1982.

But how about the morning after? After all, you're not drunk anymore. Sure, you don't feel 100 percent, you've got a headache and an intense craving for fried food, but that shouldn't impair your driving... right?

But according to automaker Ford, you'd be wrong.

The company devised a suit that reproduces the effects of a killer hangover. Heavy cuffs weigh down the arms and legs, plus weights strapped on the chest slow movements. A pair of big headphones blast a pounding noise to simulate a headache. The wearer dons goggles that blur their vision and simulate light sensitivity through a small lamp attached to the side.

A Quartz reporter tried the suit out driving across a simple cone path in a big, empty parking lot. Sluggish and confused, he knocked over a full row of cones and found the overall experience thoroughly unpleasant. Honestly, who wouldn't.

But here's a question: is hungover driving even a thing? Futurism could find no scientific studies on the subject. And we're all for safety, but it does seem awfully convenient that Ford engineered a suit that somehow makes its Driving Skills for Life campaign seem even more critical.

But Ford may have a point. Scientists may not know that being hungover doesn't impair driving, but that doesn't mean it doesn't. We know that drunk driving killed more than 10,000 people in 2015. But we have no idea of how many people were injured or killed by hungover drivers — there are simply no studies either way. Just watching that video shows that research into hungover driving is probably called for.

Until those studies come, it's worth being aware that hangovers — suit-induced, or au naturel — could affect your driving. Stay safe out there, y'all.

Read This Next
Brands We Love
How Insurtech Can Help Make Car Insurance Less of a Burden
More on Sci-Fi Visions
Human v. Giraffe
Tuesday on the byte
Chaotic Italian Fashion Line Baffles Facial Recognition Software
Step One
Tuesday on the byte
World’s Third Richest Person Says He’s Developed "Addiction" to ChatGPT
FROM THE DEPT. OF...
Tuesday on futurism
The Best Places to Buy A Laptop in 2023
READ MORE STORIES ABOUT / Sci-Fi Visions
Keep up.
Subscribe to our daily newsletter to keep in touch with the subjects shaping our future.
+Social+Newsletter
TopicsAbout UsContact Us
Copyright ©, Camden Media Inc All Rights Reserved. See our User Agreement, Privacy Policy and Data Use Policy. The material on this site may not be reproduced, distributed, transmitted, cached or otherwise used, except with prior written permission of Futurism. Articles may contain affiliate links which enable us to share in the revenue of any purchases made.
Fonts by Typekit and Monotype.