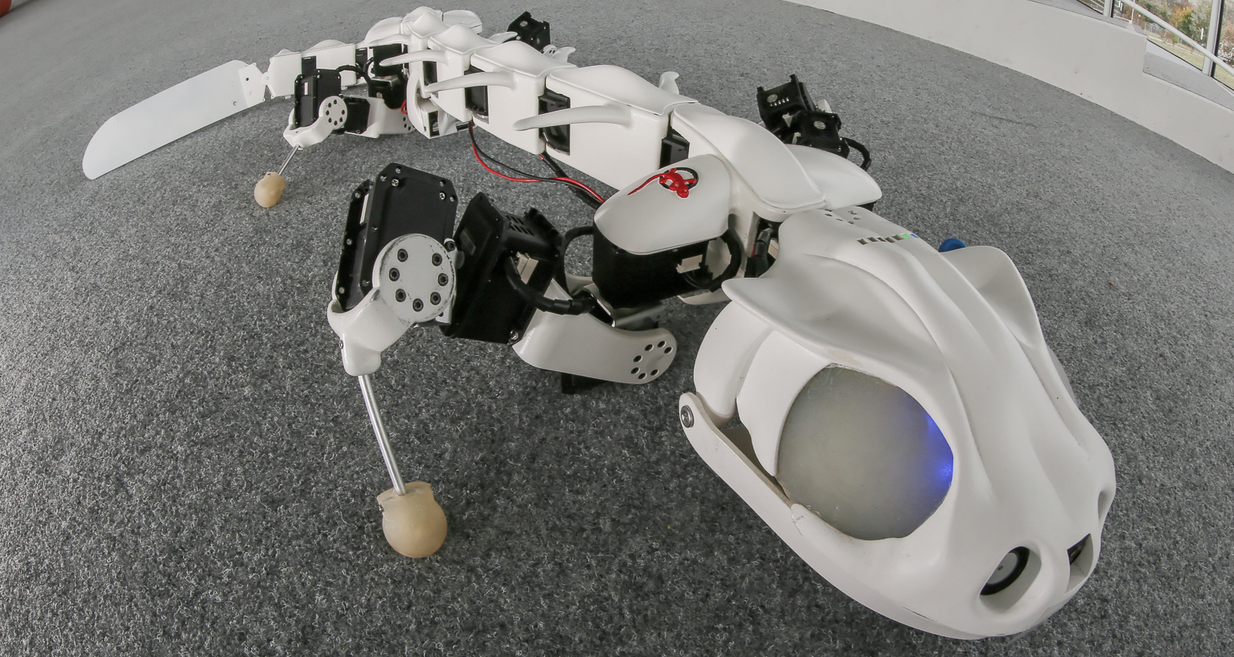 Swiss engineers built a robotic salamander that can replicate the amphibian's movement to an unprecedented degree of accuracy. Called the Pleurobot, it can mimic the many postures and positions of a real salamander, and even swim underwater. Of course, the robot wasn't created to be some kind of new age pet; rather, it was developed at the Biorobotics Laboratory of the Swiss Federal Institute of Technology in Lausanne with the aim of providing neuroscientists an important new tool to further understand how the nervous system coordinates movement in vertebrates.

In relation to why the salamander was the choice for the robotic model, Professor Auke Ijspeert, who led the development, explained: "It's a key animal from an evolutionary point of view. It's older than crocodiles and dinosaurs; it's an amphibian. So if you look at the modern salamander, its morphology and body shape is very close to the fossils of the first terrestrial vertebrates. So by studying the modern salamander we have a time window to the ancestors of all terrestrial vertebrates, including humans."

Ijspeert added that the Pleurobot has proven to be an effective model for testing evolutionary hypotheses, such as how changes in the spinal cord made it possible for the creature's ancestors to shift from aquatic to terrestrial locomotion.

ACCURACY FOR MANY APPLICATIONS

The robotic engineers applied advance cineradiography to accurately map the biological design of real salamanders. They recorded three-dimensional X-rays of the creatures walking on ground, under water, and swimming. By tracking up to 64 points on the salamander's skeleton, they were able to reproduce its movements in 3D computer models.

A robotic form was built with the robotic joints responding the same way as that of a real salamander. Its developers call Pleurobot one of the most accurate robotic animals ever made.

The design has 27 degrees of freedom, which will allow scientists to test more advanced mathematical models of the locomotor nervous system toward improved motor skills. "By decoding this primitive animal what we hope is to also contribute to the understanding of how mammals, including humans, walk. And therefore understanding input and output relationships of the spinal cord," Ijspeert said.

Ultimately, the robotic salamander will provide neuroscientists an accurate model to test theories, including how control signals are received by the spinal cord. This could help with the development of therapies to stimulate the spinal cord of paraplegic patients and re-induce locomotion in the long run.

In addition, Pleurobot's unique design, with its low center of mass and segmented legs, means it could be used as a search and rescue robot. It has the ability to navigate rough terrain without losing balance and a smaller model could fit into small spaces and relay information to search and rescue teams. It will also be able to operate on both land and in water.