The novel method has the power to improve bio-imaging techniques. 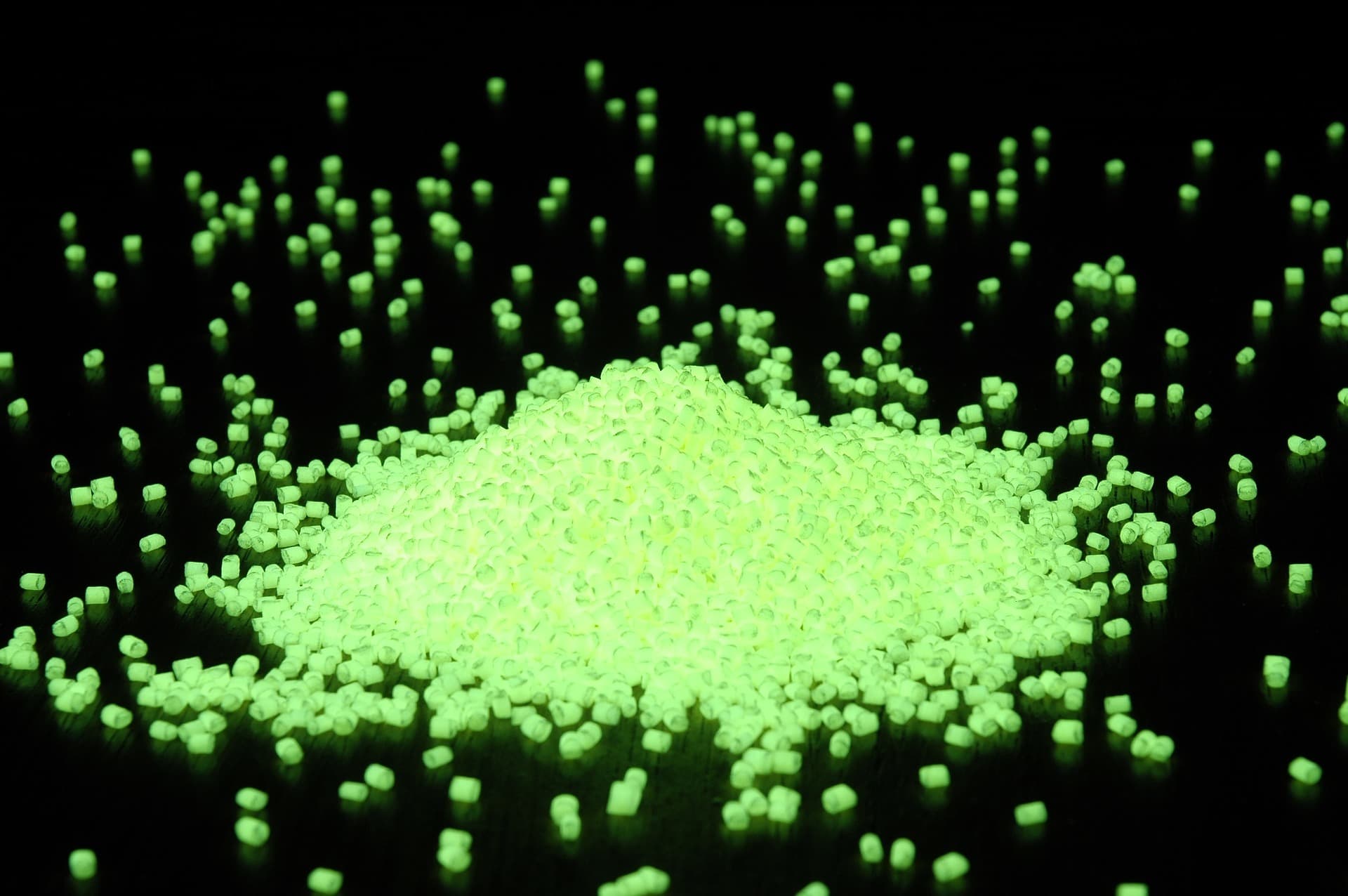 Glow-in-the-dark materials are nothing new. They usually work by absorbing ambient light and then slowly releasing the energy from it, a process called persistent luminescence. However, developing phosphorescent materials using inorganic compounds is fairly expensive as it relies on rare metals like europium and dysprosium. But a team of researchers from the Center for Organic Photonics and Electronics Research (OPERA) lab at the Kyushu University in Japan wants to change things, and they've designed a glow-in-the-dark paint that is capable of light emission for more than one hour and can be applied to organic materials.

The research is published today in the journal Nature. The team opted for organic carbon materials, like those used in plastics and pigments because, unlike their inorganic counterparts, these are less costly and don't require high temperatures to manufacture. Others have tried using such organic materials before, but the longest light emission that was ever achieved lasted only a few minutes.

"Many organic materials can use energy absorbed from light to emit light of a different color, but this emission is generally fast because the excitation energy is stored directly on the molecule that produces the emission," Ryota Kabe, lead author of the study, said in a press release. His team melted two corresponding molecules together — one donates electrons while the other receives — into a film. Applied to organic materials, it was able to emit light for over an hour.

Electron acceptors are able to absorb light while using excess excitation energy to remove an electron from so-called donors (electron-donating molecules). This give and take is repeated, resulting in a build-up of charges, similar to those at work in organic solar cells, which produce light similar to OLEDs. The charges can exist in this new mixture in a separated state for a prolonged period of time.

"Our mixtures store the energy in electrical charges separated over a longer distance. This additional step allows us to greatly slow down the release of the energy as light, thereby achieving the glow-in-the-dark effect," Kabe said. Potential applications of this new technique include applications in existing phosphorescent materials, like street signage, as well as bio-imaging methods that rely on photonics — perhaps it will even lead to improved glow-in-the-dark stickers for your kids' rooms.

"With organics, we have a great opportunity to reduce the cost of glow-in-the-dark materials, so the first place we expect to see an impact is large-area applications, such as glowing corridors or roadways for added safety," Chihaya Adachi, the director of OPERA, said in the press release. "After that, we can start thinking about exploiting the versatility of organic materials to develop glow-in-the-dark fabrics and windows, or even bio-compatible probes for medical imaging."

This study is promising, but more work needs to be done before it can be applied commercially. Since the new process is sensitive to oxygen and water exposure, the researchers are looking at ways to add protective barriers while also checking the possibility of designing new molecular structures that could further increase the duration of light emissions.

Read This Next
Futurism
Scientists Have Created a Totally New Type of Laser With Light and Water Waves
Futurism
New Discovery May Allow Us to Harness the Power of a Photon's Spin
More on Hard Science
Tractor Beam
Yesterday on the byte
Scientists Build Working Tractor Beam, Although It's Comically Tiny
Having a Blast
Jan 18 on the byte
New Study Shows Where You Should Hide to Survive a Nuclear Attack
Offworld Amino
Jan 15 on the byte
Scientists Find Building Blocks of Life in Meteor That Smashed Into Family's Driveway
READ MORE STORIES ABOUT / Hard Science
Keep up.
Subscribe to our daily newsletter to keep in touch with the subjects shaping our future.
+Social+Newsletter
TopicsAbout UsContact Us
Copyright ©, Camden Media Inc All Rights Reserved. See our User Agreement, Privacy Policy and Data Use Policy. The material on this site may not be reproduced, distributed, transmitted, cached or otherwise used, except with prior written permission of Futurism. Articles may contain affiliate links which enable us to share in the revenue of any purchases made.
Fonts by Typekit and Monotype.