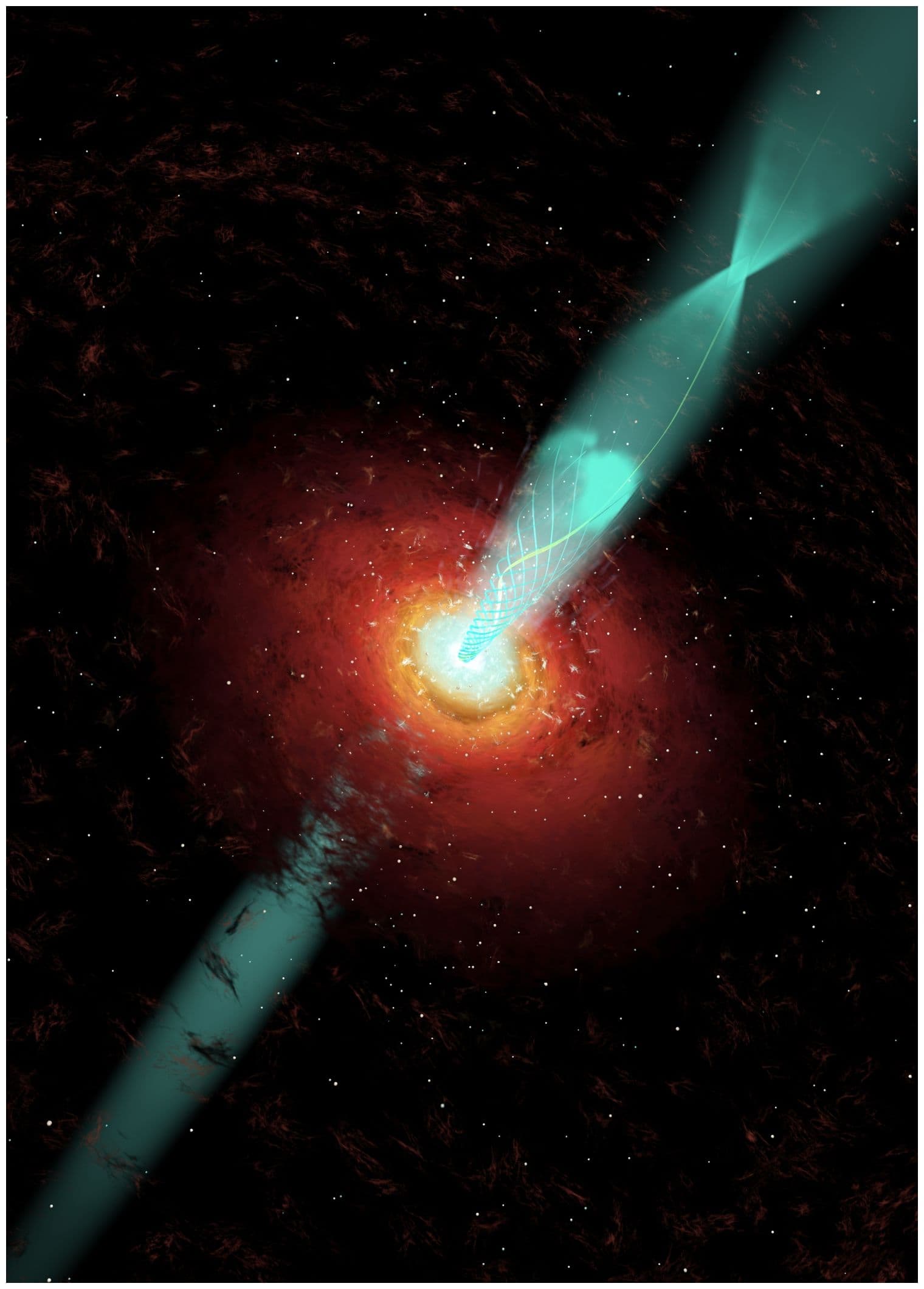 3C 279 is what is known as a blazar, a large active galaxy with a supermassive black hole at its center. Blazars tend to be some of the most energetic systems observed in the Universe. 3C 279’s supermassive black hole is a billion times more massive than our Sun and when various space objects fall towards its ‘entrance’ or event horizon, some particles are channelled through extremely powerful jets on opposite sides. One of these jets is pointed right towards Earth and this allows us to detect the resultant energy flares.

On June 14, record-breaking high energy light was detected by sensors on NASA’s Fermi Gamma-ray Space Telescope. This event was caused by a disturbance, 5 billion years ago, near 3C 279’s supermassive black hole and it’s just reaching us only recently. The flare was so powerful that it was four times brighter than the brightest constant source under gamma-ray observation, the Vela pulsar, a very magnetic neutron star, left from a massive supernova, that beams gamma rays. To further contextualize the flare’s tremendous energy, the Vela pulsar is about 1,000 light years away and 3C 279 is millions of times further from us than that and produced greater brightness.

The remarkable gamma-ray flare was only sustained for a few days and was ten times brighter than the blazar’s other outburst in 1991. That event and this recent flare happened billions of years ago and we have finally gotten to observe them. Scientists don’t exactly know what caused the powerful disturbances involving the jets but we are witnessing the system at one of the most energetic sequence of events ever observed.  It can only be speculated what exactly happened then and what could be presently happening around the galaxy’s supermassive hole.  Not accounting for huge advancements in observation and space technology, the effects should reach our detection in, well, billions of years.