A Real Hoverboard Has Finally Arrived, but It May Not Fulfill All Your Sci-Fi Fantasies 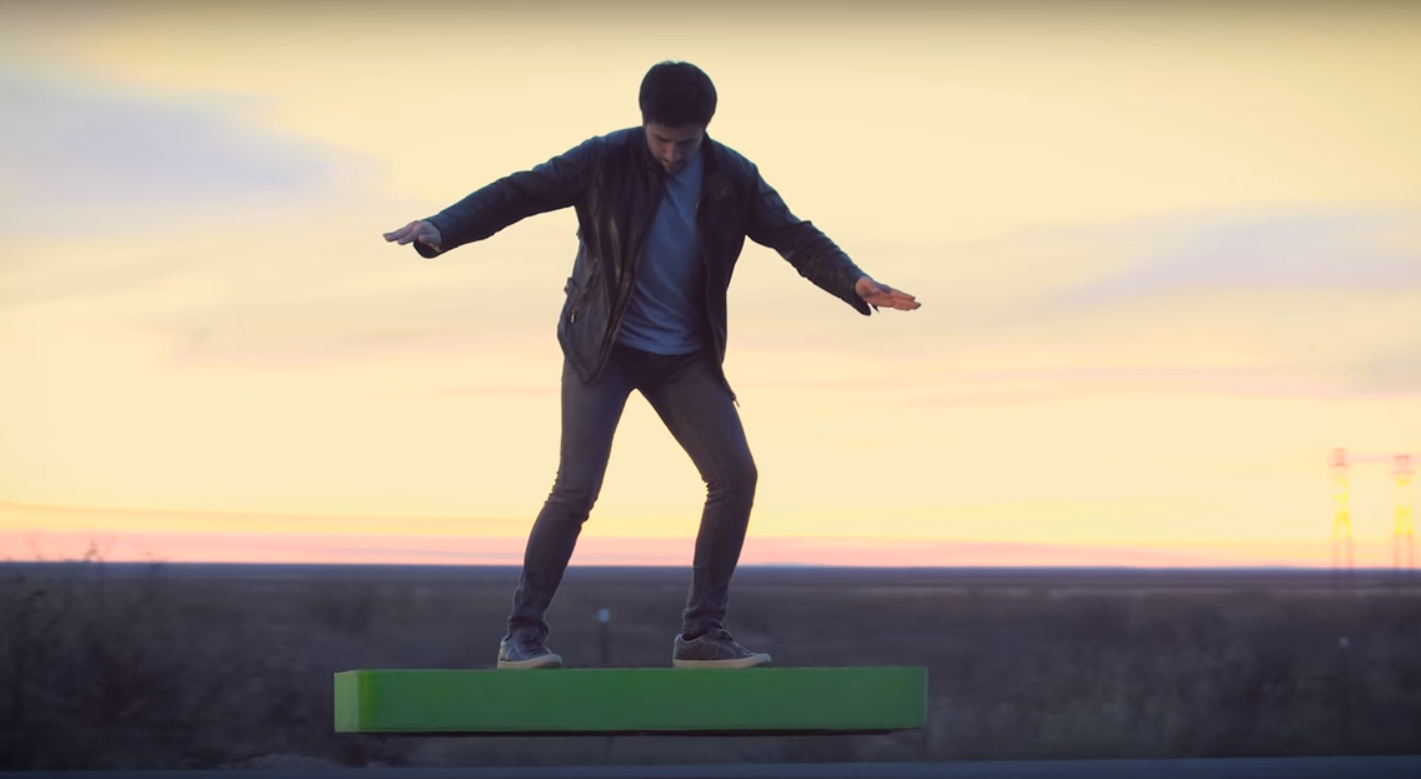 In the cult film Back to the Future, 2015 was a year filled with a number of futuristic technologies, including the mythical hoverboard. But 2015, in reality, only saw the arrival of self-balancing scooters...that sometimes spontaneously catch on fire and kind of explode. Also, this year, brands like Lexus introduced their version of the technology, the “Slide” board, and so did Arx Pax’, with their second generation Hendo Hoverboard. However, as awesome as these are (and they are awesome), both require special tracks and special surfaces to operate, as they rely on magnetism.

Thus, it seems that the year was set to end without a real hoverbaord in sight. However, just a few days before 2015 winds down to a close, a company called ArcaSpace is unveiling their invention, which may very well be a top contender (though it still has a long ways to go, to be honest).

The private company has just released a video that illustrates how their technology, a fan-powered rectangular board dubbed the “ArcaBoard,” works. Currently, the invention can lift a person off the ground by almost a foot.

Check out the video here…

While it may not look very simple or easy to ride, one thing is certain: The ArcaBoard definitely hovers.

It has 430 pounds of thrust, which is around 272 horsepower, and it is powered by 36 electric fans. It’s built on a "self-balancing technology" that, the company reports, makes the board fly smoothly.

However, there is one (major?) problem.

While the technology literally flies, it seems that the board doesn't yet have the capacity to steer or be steered, so it can't be used to get anywhere. In short, you can stand there and float, which is neat, but that's all you can do. Oh, and it costs just about $20,000.

Despite its limitations, including the hefty price tag, the people behind the Arcaboard are very optimistic about its potential. "For the first time since the bicycle, automobile or airplane, the ArcaBoard is a revolutionary breakthrough for transportation," it says on their website. "For the first time, every person will be able to fly anytime, anywhere. The world, your world, will change forever."

And indeed, this tech very well could change the world. But it is going to take a ton a time spent on research and development for that to happen. Still, the achievement shouldn't be undermined. Getting that number of fans synchronized is an impressive feat. And if you are happy being cautiously optimistic, then this is a grand way to end the year.

Read This Next
From Our Partners
Build Your Own Flux Capacitor With This LEGO Brick Project
Brands We Love
Four Gravity-Defying Household Gadgets That Will Upend Your World
Futurism
Watch as a Remarkable Jet-Powered Hoverboard Smashes the World Record
More on Sci-Fi Visions
From the Dept. of...
12:00 AM on futurism
The Best Humidifiers of 2023
Human v. Giraffe
Jan 24 on the byte
Chaotic Italian Fashion Line Baffles Facial Recognition Software
Step One
Jan 24 on the byte
World’s Third Richest Person Says He’s Developed "Addiction" to ChatGPT
READ MORE STORIES ABOUT / Sci-Fi Visions
Keep up.
Subscribe to our daily newsletter to keep in touch with the subjects shaping our future.
+Social+Newsletter
TopicsAbout UsContact Us
Copyright ©, Camden Media Inc All Rights Reserved. See our User Agreement, Privacy Policy and Data Use Policy. The material on this site may not be reproduced, distributed, transmitted, cached or otherwise used, except with prior written permission of Futurism. Articles may contain affiliate links which enable us to share in the revenue of any purchases made.
Fonts by Typekit and Monotype.