Stopping bad guys in their tracks has never been safer. 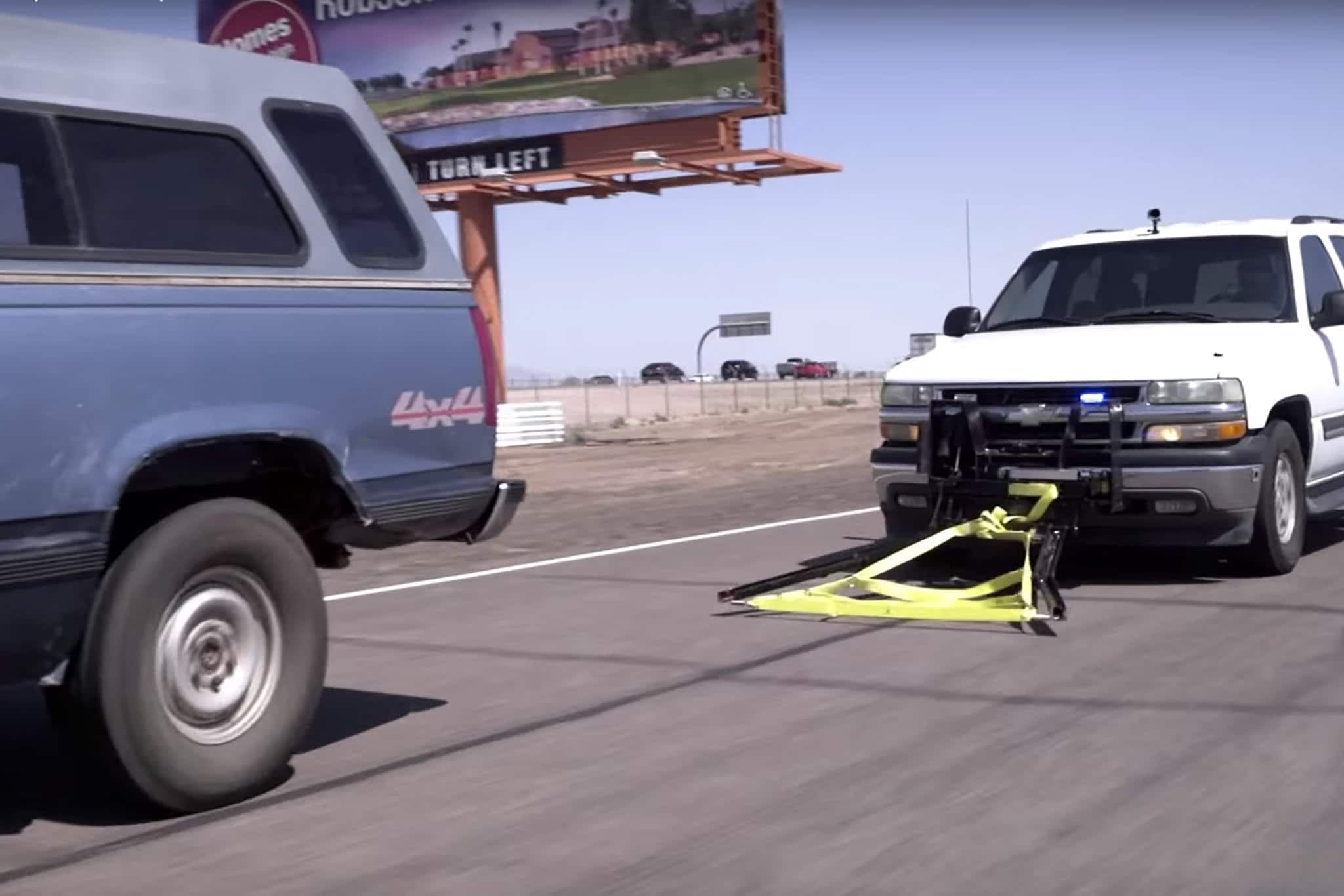 A Different Kind of Net

Police chases are often quite a dangerous affair that results in massive costs to both life and property to a lot of people involved, either directly or through misfortune. That could soon change as a company in Arizona has built a system that can potentially end car chases easily, efficiently, and most importantly, safely.

Police Bumper's Grappler is a system that consists of a net attached to posts that mount on the front of police cars. With the push of a button, the posts extend when the tool is in use. The Grappler works by having the net grab onto a rear wheel of the suspect's car. Once the wheel is snagged, the netting wraps around the car's axle, completely immobilizing the vehicle. A long tether ensures that even vehicles with front wheel drive can be brought to a controlled stop. The linear nature of the resistance allows the Grappler to be safe for use even in heavy traffic.

The beauty of the Grappler lies in its simplicity. It does away with much more dangerous techniques like the PIT maneuver that requires precise control on the part of the police officer. Other methods like spike strips are effective at stopping a car but where it stops is hard to control by the police. With the Grappler's tether in place, it could allow the apprehended car much less room to maneuver, giving the police better control of the car while bringing it to a stop.

More than 5,000 bystanders have been killed by police chases since 1979, according to an analysis by USA Today. Bystanders are usually killed because of the action of both police and suspects. This system maximizes both safety and ease of use. Technology that gives law enforcement non-lethal, and safe means of de-escalation keep us safer while also allowing perpetrators to have their day in court.